It may be a novelty, but it's still a mostly worthwhile one for those who fondly remember Myst.

The game realMYST is a noble attempt by Cyan to update its popular adventure game Myst. The title is meant to imply that this is the "real" version of Myst, the version the Miller brothers would have originally created had the technology been available. The major change is the game's 3D engine: It lets you walk around the island and the different ages in real time. The game also includes a new epilogue that links it to its sequel, Riven. Unfortunately, the 3D engine serves only to make Myst a much more frustrating game.

The Myst phenomenon is well known. The Miller brothers, after creating the moderately successful games Cosmo Osmo and The Manhole, released an artistically ornate yet technically simple adventure game that put you on a mysterious deserted island. Through the writings of the former inhabitant, a man named Atrus, and some brief interactions with his two sons, you pieced together the history of the island.

Myst became a huge bestseller and reportedly sold around 10 million copies. It was available for any and every platform, and it rode the top of the best-selling-games lists for years. Most of the initial sales were through word of mouth, and the game even became a hit among people who normally wouldn't play computer games. Myst inspired dozens of similar games, including Sierra's Lighthouse and Rocket Science's underappreciated Obsidian. But as a result of its popularity, there was the inevitable backlash. The name "Myst" became synonymous with nonserious gaming, and it was considered by many to be the "pet rock" of computer games - a fad that had no real intrinsic value.

There's one significant fact that's often overlooked amid all the fervor surrounding Myst: It was a really good game when it was released. Its series of static images may have been simple, but the story and setting were great. Reading Atrus' lengthy and detailed writings gave the worlds the life that the technical shortcomings were unable to. And the puzzles were generally logical and fun, unlike those in so many of the games Myst inspired.

For the most part, realMYST is exactly the same game as Myst. The puzzles are the same, and the books are the same. The major difference is the new 3D engine, which not only lets you move through the environments but also allows for the inclusion of animation in the otherwise static surroundings. Windmills turn, birds and butterflies dot the landscape, and the water flows realistically. Visually, the engine is superb. Everything looks great, and the water effects are especially noteworthy. Ripples form around pillars, and boats bob over waves.

Unfortunately, the benefits of the new engine are limited to the visuals. The control interface borrows from first-person shooters - you use either the arrow keys or the mouse to move. But there are two real problems with this: Trying to manipulate objects in the world using your mouse often makes you move instead, and there's no way to change the options so that control is limited to just the arrow keys. And turning is a nightmare - you just hurtle around with little precision.

The other problem with the engine, and probably the biggest problem with realMYST in general, is that the engine runs slowly. You'll find the game constantly dragging as the engine shudders under the weight of everything it's attempting to render. The problems exist even with the visuals set to the lowest quality. And playing the game at high resolutions is almost impossible, even on a relatively fast system.

The puzzles suffer as a result. Some timed puzzles that were originally just mind benders have now become sadistic battles between you and your keyboard. Even simple point-and-click puzzles are now tedious, as they force you to try to get the mouse pointer in exactly the right position as it slowly lurches around the screen. And you might get sent hurtling through a door when you were just trying to close it.

With some serious updates to the engine, realMYST would serve as a modern reminder that the original was an impressive game that was equally defined by both its fascinating detail and its original story. In its current form, realMYST is suitable only as a novelty for fans of the original, who will want to see the new epilogue. You still have to listen to Atrus' speech at the end, but afterward you're given a new age to visit and some new puzzles. The epilogue serves as a more comprehensive link to Riven, though it's still somewhat open-ended and lacks the conclusiveness you want when a game is finished. It may be a novelty, but it's still a mostly worthwhile one for those who fondly remember Myst. 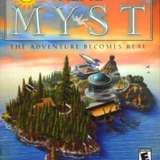