Real Pool offers most of the same elements as Q-Ball Billiards Master, but it goes about it in a bare-bones way.

Billiards simulations usually have to add some sort of extra pool-style fun that wouldn't be possible in real life or enough options and features to make it seem like a comprehensive package. Real Pool tries to deliver on both of these counts, but aside from a fairly inclusive list of pool variants, the game doesn't have much to offer.

Real Pool is made up of four different game types, which then break down into the different rule sets. Carom mode lets you play six carom games - such as four ball, three ball, and one cushion - on a pocketless carom table. Select a normal pocketed table, and you can play eight ball, nine ball, rotation, and six other variations. A tournament mode gives the game a little bit of personality, pitting you against various characters in the game's different modes. Finally, a puzzle mode provides the supernatural aspect that most pool games attempt to deliver, serving up oddly shaped pool tables and challenging you to sink all the balls on the table using a certain number of shots.

The game's control scheme is fairly solid, but it relies solely on your ability to line up the shots, as the amount of force behind each shot is regulated by a fully controllable meter instead of a more challenging timing-based scheme. The table can be viewed from lots of different angles, and the physics used throughout the game seem nice and solid. Graphically, Real Pool is about on par with the other PlayStation 2 pool game, Q-Ball Billiards Master - that is, both games look reasonably solid, but both are filled with jagged, aliased lines. The soundtrack is filled with droning elevator music that suits the atmosphere, but it's anything but exciting - the lounge-style tunes are enough to put you to sleep.

Real Pool offers most of the same elements as Q-Ball Billiards Master, but it goes about it in a bare-bones way. If you're looking for a PS2 pool game, Take-Two Interactive's Q-Ball isn't much better, but it's better enough to make it the clear leader in the category. 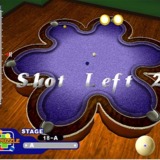 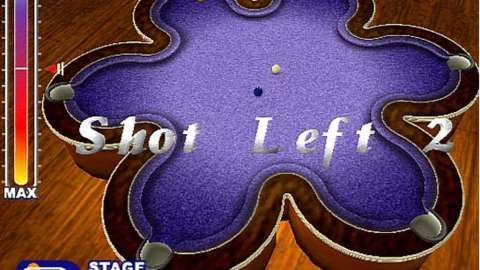 Real Pool offers most of the same elements as Q-Ball Billiards Master, but it goes about it in a bare-bones way.