The original Ready 2 Rumble Boxing was not only one of the first Dreamcast games that really showed off some of the system's capabilities, but it was also one of the few third-party games that was completely original. Ready 2 Rumble Boxing: Round 2 for the PlayStation 2 has more boxers and moves than the first game, but aside from a few slight changes here and there and slightly better visuals, the game remains largely unchanged, which for people who've never played the original is great. However, for those of us who were big fans of the original game, the gameplay and presentation of R2RB: R2 are all too familiar, making the sequel seem more like a simple roster update.

The game has two main modes of play, arcade and championship. Arcade mode lets you start a match against the computer or another player without worrying about any statistics or unnecessary setup options. Championship mode is the game's main single-player mode, and it allows you to take a fighter from the depths of obscurity to the top of the ranks in search of a shot at the title. This mode has been slightly dressed up since the original game, and it now includes a fight schedule that basically forces you to pay more attention to your fighter's training regimen. Training consists of seven real-life boxing exercises: jumping rope, the heavy bag, the speed bag, the sway bag, rumble pads, lifting weights, and aerobics. These exercises are represented in the form of minigames, which you must actually do well in to get the full benefit of the exercise. These benefits come in the form of increased abilities such as greater punching power, greater foot and hand speed, and additional endurance. The majority of the minigames are fairly simple exercises in timing, speed, and memory that get progressively harder with each step. The bulk of the time you spend playing Ready 2 Rumble Boxing: Round 2's championship mode is spent playing these minigames, which do get a bit stale after awhile.

In terms of the actual gameplay mechanics, R2RB: R2 hasn't actually changed that much from the original game. The left analog stick lets you control your fighter's movement in the ring, while the buttons on the face of the controller take care of the punches, left and right, high and low. If you press in a direction while executing a punch, you can throw hooks, uppercuts, and overhand rights. The shoulder buttons individually handle the blocking and weaving, but by pressing them together, you can parry punches as well. The game also has a rumble combo that builds up every time you hit someone with a good shot or taunt. Letters appear that eventually spell the word "rumble," and at this point you can activate a moment of near invincibility or choose to continue building up your power. In all, there are three levels of rumble power, and waiting to fill all three levels up results in the ability to throw a knockout punch that can literally send your opponent out of the ring. The controls in R2RB: R2 as a whole are extremely tight and responsive - you always feel as though you're in charge of the action, and you never have to wait for an animation to finish before resuming play. The game's controls match the game's visuals exactly, which makes playing R2RB: R2 a joy.

Visually, Ready 2 Rumble Boxing: Round 2 is quite sharp. The 3D models used for the fighters look very detailed - all of the boxers blink, move their mouths, and even grimace in pain when they're struck. Even the crowd stands up and sits down, raises arms, and holds signs up. In the audio department, R2RB: R2 is quite good. The game's musical score is a bit of dramatic music that has the Ready 2 Rumble anthem behind it. The sound effects for punches, groans, and grunts - as well as all of the characters' voices - are very good.

In the end, Ready 2 Rumble Boxing: Round 2 is a solid arcade-style boxing game, and like most arcade games, it wears thin fairly quickly. The only challenge that the game really presents is unlocking additional characters, which simply consists of the time-consuming task of beating the game over and over. But since the game's AI is relatively simple, you'll quickly learn all of the little tricks that'll lead you to a win with little or no thought put into it at all, which ultimately makes R2RB: R2 a game that's better suited for rental than purchase. 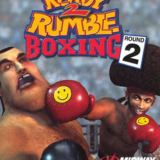 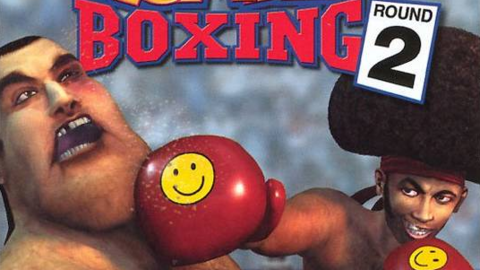