While the Nintendo 64 version of R2R puts on a decent show, the game is a bit on the sluggish side.

Most of you will recognize Ready 2 Rumble Boxing as one of the Dreamcast's premiere launch titles - one of the great games that helped the system get off the ground. Now, R2R is available for the Nintendo 64 and ready to compete with the likes of Knockout Kings 2000. Obviously, the graphics aren't as pretty as the original version of R2R, but the real trouble is that the game speed has lost a step or two. The result is a slower-moving and less-exciting game.

The gameplay comes in two different flavors. Arcade mode lets you jump right in and get it on against either the computer or a friend. Against the computer, you'll see a fighting game-like progression through the ranks, culminating in a battle with a boss boxer. Which boss you get is determined by the game's difficulty setting. While the two-player mode may be the main draw here, the meat of the single-player game is contained in the game's championship mode. Here, you'll select a boxer whose stats will be extremely low. You'll have to work the boxer through the ranks, through three classes. You can fight for cash prizes, which you can then spend on the training of your boxer. The training takes form in a series of little minigames. Do extremely well at the minigames, and you'll get an even higher bonus to your stats. You only have a certain number of fights in class, so you must strike a balance between fighting for cash and fighting for higher rankings. As you move through the ranks, you'll unlock more boxers in the championship mode, and you'll eventually unlock the bosses for play in the arcade mode. Getting each boxer's stats raised and completing the championship mode takes a lot of time, but not nearly as much as it should since the game's AI is quite weak. The computer-controlled boxers simply can't combat against stick-and-move tactics. So you really don't even need to pump up most of your boxers' stats. As long as they can get inside, get off a hit or two, and get away before the opponent can counter, they'll win with ease. Each version of Ready 2 Rumble Boxing contains one exclusive boxer. The Nintendo 64 version has J.R. Flurry, a fighter who doesn't stand up to the rest of the game's boxers in appearance or moves. The N64 controller works well, but the default configuration places your four punches on the C buttons, using A and B for blocks. Moving the blocks to the Z trigger and R button makes the game a bit easier to deal with from a control standpoint, though the analog stick isn't cut out for all the back-forward-style special moves the game contains.

OK, it's pretty much a given that the game isn't going to look as good as the Dreamcast version. While the Nintendo 64 version of R2R puts on a decent show, the game is a bit on the sluggish side. Also, the speed isn't entirely constant - it slows down and speeds up, depending on what's going on in the ring. This wreaks havoc with the combo system, which requires fairly accurate timing. The boxers' faces get banged up nicely after a few rounds, and they still have some of their facial expressions. The boxers' personalities still shine through in the ring introductions. The sound of the crowd, including shouts from the corner men, brings a lot to the game's atmosphere, though the corner man's words of encouragement have been limited on the N64. He also talks too much - an annoying combination that results in the same few phrases repeating over and over again. The cool thing about the crowd is that it sounds different depending on how high your rank is. When you start out as a lowly unranked bronze-class fighter, no one will show up to watch you fight. But by the time you're ready to win the gold championship, you'll be duking it out in a sold-out arena.

Ready 2 Rumble Boxing is a good arcade-style boxing game. If you're a fan of fighting games, you'll enjoy the game's special moves, combo system, and varied characters. Boxing fans will be happy with the game as well, because, although it isn't very realistic, the ability it gives you to throw your own combos surpasses the Knockout Kings 2000's combo and one-button flurry systems by leaps and bounds. If the game ran a little more smoothly and had slightly more precise control, it'd be unstoppable. While it's not as good as the Dreamcast version, Ready 2 Rumble on the Nintendo 64 is still a fun two-player game. 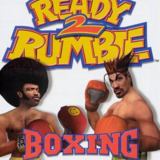 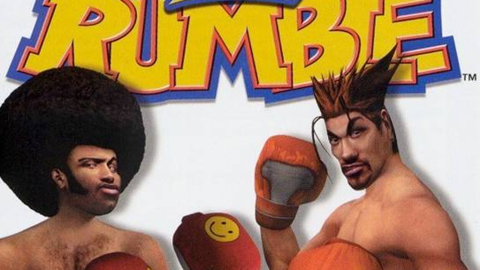 Ready 2 Rumble is one of the must-have launch games on the Dreamcast.