What does it mean to be human? It’s among the most universal questions our species can ask. As a genre, cyberpunk exists to examine such an existential quandary. It challenges us to look at ourselves and seek answers to that which is the most fundamental to the human condition. From that perspective, Read Only Memories is a resounding success.

Outwardly, ROM is a neatly arranged, stylish adventure game that looks like it could have been released 20 years ago. It opens with a short, expository introduction, and a quiet, run-down room to explore. That modest preface quickly leads into a grim story about poverty, the underclasses of society, and a lonely, ambiguously gendered robot looking for their creator.

The robot, Turing, is the first fully sapient artificial being in history. As he begins to explore and understand his own existence, Turing comes to question his gender identity, and weighs the value of his own desires against those of his missing creator. After his “father’s” disappearance, Turing seeks you, an old colleague, hoping you can help Turing piece together what happened. And so begins an off-the-books investigation trying to find your old friend and Turing’s creator, Hayden. From there, ROM twists itself into a socially progressive neo-noir story.

Within the game’s mid-21st century setting exists several technological singularities--points of such extraordinary progress that they redefine humanity’s relationship to everything, especially itself. In ROM’s case, procedures like gene splicing are common. It’s normal to see a literal cat-person in a bar. That, plus the creation of Turing as a self-aware artificial intelligence, would be enough to test the conventions of any society, and Neo-San Francisco is no different.

This is a city brought to the brink by years of social upheaval and economic problems. Its citizens are divided among multiple rigid lines including degree of genetic or technological augmentation. And it’s here, in the descriptions of people and settings that ROM shines brightest.

Wielding the 16-bit aesthetic of games like Snatcher and Syndicate with finesse, ROM melds stellar writing and a world populated by expressive and vibrant characters. Small bots scoot around gathering trash, while a confident smirk from your “contact” at a bar betrays their true motives. The same degree of care and pride has gone into dialogue. Verbal exchanges range from succinct and witty to circuitous and delicate. Taken together, they give Neo-San Francisco a great level of depth. No one is without motivations; no one is static either. Dynamic characters will push and pull in response to their circumstances. ROM’s foundation in the struggles of its characters, particularly Turing, creates a stable of believable personalities.

Instead of cobbling together some nonsensical Rube Goldberg machine, as you might in Tales of Monkey Island, I simply found a brick and threw it.

As soon as you're introduced, Turing brims with emotive dynamism. Set against the gorgeous pixel-art backgrounds, Turing stands out. Where every other main character has perhaps three broad emotions they convey, Turing has a dozen. While every character is responsive, Turing is unique in that, again, he's the first fully sapient machine, and the one who, above all others, is the most expressively "human." It's a trait that brings Turing in line with other classic bots like Star Trek's Data, Futurama's Bender, or the Replicants in Blade Runner. That, combined with the narrative conceit of gender politics (more on that later), sends a powerful message about expanding the boundaries of who we grant personhood to.

ROM takes that theme a step further by weaving in a strident theme of universal humanity and deference--regardless of appearance or circumstance. Turing’s responsiveness makes that association stronger, so as different pronouns start getting thrown around, it becomes harder and harder to ignore their preference. For all narrative purposes, Turing is a companion, your equal.

As your investigation progresses, you’ll see more and more folks that defy gender and identity norms. Some are women with a moustache and a goatee, others are ambiguous, and some are literally human-animal hybrids. That may well be a weird concept to us, especially when ROM discusses the mass discrimination against these hybrids, but it’s a clear metaphor for anyone who modifies their body in the real world. ROM, in not-so-subtle terms, suggests that some people need to alter their appearance to feel comfortable in their own skin. It also teaches you that looks alone can't tell you everything there is to know about a person; a snapshot of a person doesn't reveal the extent of their thoughts and experiences. Through effective writing and characterization, ROM illustrates how important the basic right of agency over one's appearance is, and why a person's story doesn't begin and end with that choice alone.

Dynamic characters will push and pull in response to their circumstances. ROM’s foundation in the struggles of its characters, particularly Turing, creates a stable of believable personalities.

Because ROM is styled after point-and-click noir adventure games, play is simple. You and Turing investigate scenes for clues, click on objects, sorting through flavor text, and piecing together what happened. Puzzles are far less obtuse than what many long-time adventure games fans might be used to, however, and that's a welcome change. At one point, I needed to disperse a crowd of protestors to meet with someone at a gene splicing facility. Instead of cobbling together some nonsensical Rube Goldberg machine, as you might in Tales of Monkey Island, I simply found a brick and threw it. Some time later, when I needed information from someone at a bar, I overheard them saying they wanted a fruity drink. So, I ordered an appletini and they started talking.

It's not deep in any sense of the word, but it ties actions to the plot well enough. The flavor text is, like much of the writing, excellent, and it creates a feeling of genuine exploration through each scene. Occasionally, you'll also hit a mini-game. In one instance you'll have to take control of traffic lights to keep a car from escaping. These puzzles are a bit more challenging and help ratchet up tension during some acts. ROM's only sin is that sometimes it drags plotlines on a bit too long, or bogs them down with unnecessary tasks.

How we define "human," and who we accept as part of a larger "us" is ROM's greatest question. The complexities of in-groups and out-groups mean that the politics of ROM's themes are inescapable. Horrible atrocities that one group of people enacts on another are often associated with de-humanization, with taking on a group of people and dismissing them as less than human. In the face of a world and a society that is still struggling to accept lesbian, gay, bisexual, queer, and transgender people, ROM clearly says that if you can relate to a pretend gender-fluid robot, you can relate and connect with anyone. It's a bold, declarative statement backed with aesthetic skill on nearly every front. ROM is a resounding success and one of the most affecting adventures I've ever had.

View Comments (43)
Back To Top
8
Great
About GameSpot Reviews 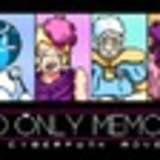 Daniel Starkey spent 10 hours digging through the mysterious disappearance of a legendary computer programmer with the help of a delightful, snarky robot.