Reach for the Stars Review

Science-fiction and empire-building fans will be hard-pressed to find something in the game to get excited about.

Reach for the Stars was originally released by SSG back in 1983, when asterisks and ampersands were used to make graphics in computer games. Having created the game, codesigners Roger Keating and Ian Trout effectively launched the genre of 4-X space games - explore, expand, exploit, exterminate. Seventeen years later, the statute of limitations on game titles must have expired because even though it's technically a sequel, SSG's latest release is still just called Reach for the Stars. While the recycled title suggests that SSG is trying to recapture the essence of its classic game, the modern version of Reach for the Stars suffers from the problem common to remakes: Instead of letting you relive the original, it just makes you miss playing the original.

Reach for the Stars is a conventional empire-building game set in space. Your task is to research new technologies, build advanced ships, explore neighboring star systems, and eventually conquer the galaxy as you expand your forces from your home planet. Along the way you'll encounter alien races, fight massive space battles, and invade enemy-held territory. In theory, it should be an engrossing game. Unfortunately, Reach for the Stars incorporates several design decisions that prevent it from achieving the standards set by its old predecessor or by other space-empire games that were built on the original Reach for the Stars' groundbreaking ideas.

Reach for the Stars plays out over a square map grid containing various star systems. Each system can have multiple planets, and these planets vary in levels of habitability for each race in the game. Once a planet has been colonized, you can develop it by building industrial, defense, research, shipyard, and training facilities. There are only six different building types total, and these can be upgraded from one level to another. Planets produce one new building per turn, assuming they have enough resource points to do so.

There are 16 different races in Reach for the Stars, although this total includes several types of humans. Each has a separate tech tree to research and different tolerances for various environmental conditions (like a methane atmosphere or high gravity), as well as different growth rates and trade benefits. Each race also has a different base rate of fire for space combat, which determines the number of times ships can fire in a given amount of time. This number ultimately seems to be more important than the other factors, as races with a high rate of fire seem to have a distinct advantage throughout the game whenever combat invariably ensues. Other factors that should balance out the rate of fire apparently do not.

The designers of Reach for the Stars state on the game's home page that they have "gone to a lot of trouble to ensure that giving orders in the game is as easy as possible." This is somewhat surprising, because the interface is possibly the game's weakest point - at least initially. At the outset, you're presented with a bewildering set of different buttons and displays, none of which make the slightest intuitive sense. There are tooltips on how to label each button, but these do little to explain what the buttons actually do. Because of this, Reach for the Stars is almost impossible to figure out by just jumping into the game. Even the tutorial doesn't adequately explain what's going on.

For this reason, learning to play Reach for the Stars requires a thorough reading of the manual. This is a problem largely because the manual has no index and is badly organized. Even experienced strategy-game players will find the manual a necessity, and it is written so that the only way to figure out the game is to read the manual from cover to cover, since the layout is not conducive to skimming. Novice players unprepared for this will quickly become frustrated at the inability to just start playing the game. This will undoubtedly prevent many people from getting to the point where the interface shows its benefits, but once you've become used to the interface, things do become easier.

Space combat in Reach for the Stars is rather abstracted. You have no direct control over the individual ships in your fleets. Each side chooses a formation and a range, and the range at which the engagement takes place is a function of the two choices as well as the difference in engine quality between the two sides. There are four formation options, and each has advantages and disadvantages based on the fleet's predominant weapons and the enemy's formation. Once engaged in combat, you can only attempt to change the range between rounds, or withdraw. The computer handles all weapon targeting.

The simplicity of space combat carries over to the ship designs. These designs have none of the complexity or richness of space-exploration games like Master of Orion, as there are only six different kinds of ship systems, and the design mostly involves nothing more than loading a hull with as many beam or missile weapons as it can hold.

While this apparent decision to shift emphasis away from micromanagement is certainly understandable, it leads to a number of problems. The biggest one is simply that once you abstract everything, there isn't anything left to draw you into the game and make it interesting. In the Master of Orion series, the competition to develop new technologies to outfit a new class of starships was at the heart of the game. This was enhanced by the need to build complementary ship types that could aid one another in combat. Given this focus, the rest of the game fell into place without the need for excessive detail elsewhere. Reach for the Stars gets rid of all this but doesn't replace it with anything. For example, there is no technology trading or espionage, which leaves you wondering what you have left.

Viewed purely as a strategy game, Reach for the Stars does offer a number of challenges. As can be expected from a game programmed by Keating/Trout, the computer opponent is very competitive. Furthermore, because there are only a limited number of things to do in the game, the number of decisions stays very manageable, and the flow of the game is smooth even when a lot of fleets are under your command. Planetary development, ship building, and fleet movement are all simple enough that you rarely feel overwhelmed, and even with all these to account for, SSG definitely achieved its goal of promoting overall strategy over micromanagement. The only problem is that without any micromanagement, Reach for the Stars does tend to become awfully sterile. However, you'll sometimes experience moments of frustration instead, especially when you find that enemy fleets in hyperspace can't been seen - once a fleet leaves a system, you just have to wait for it to reappear somewhere else. In large scenarios, keeping track of the enemy is a significant task. If this is the sort of challenge you like, you'll probably enjoy Reach for the Stars.

Reach for the Stars also has good stand-alone scenarios. While it's superficially not all that different from a random campaign, the game's two-dozen scenarios offer preconfigured, balanced starting situations with a variety of map sizes, objectives, and game lengths. One such scenario depicts the well-worn space-opera theme of a crumbling empire being overthrown by several internal and external enemies, each competing with the others as well as with the imperial menace. There's also a powerful game editor included that even lets you create your own new species and tech trees.

Ultimately, Reach for the Stars seems like a strategy game that's only incidentally set in space. It's a challenging game, but the details that would normally draw you into the environment are virtually absent. In addition, the game has serious balance problems that make particular races much more viable than others. Nevertheless, Reach for the Stars may please players who are looking for an epic strategy game that's light on micromanagement, but science-fiction and empire-building fans will be hard-pressed to find something in the game to get excited about. 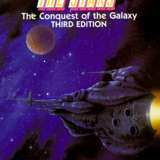 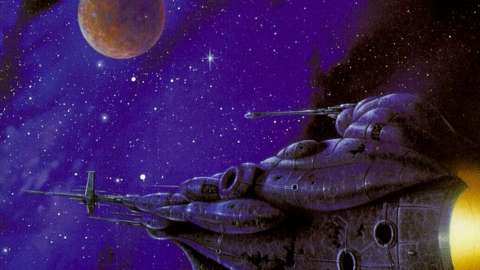 Reach for the Stars

Science-fiction and empire-building fans will be hard-pressed to find something in the game to get excited about.