It's a great platformer and one among many games in the Game Boy Advance launch lineup that's easy to recommend.

Ubi Soft is a company that has its multiplatform strategy down pat. The original Rayman came out for the PlayStation, Saturn, Game Boy Color, PC, and Jaguar, and now it has's arrived for the Game Boy Advance. Few games released after Pac-Man's generation have been ported that many times. You can almost imagine some decision -makers over at Ubi Soft sitting in theirhis offices, twirling his moustache, and rubbing theirhis hands together at the thought of new systems to bring the game to. "Oh, a new portable system from Nintendo? Excellent! Excellent!"

And that's not a bad thing. As platform games go, Rayman is easily one of the more memorable- - and for the right reasons. In it, you play as France's interpretation of Nintendo's Mario: a spiky-haired hero who has to be awakened from his hammock in order to save the world. Rayman resides in a sort of surreal cartoon dreamland that feels like what Euro Disney really should've been like-- - one full of bright pastel colors, but with a lot of sharp objects and trench-coated villains as well. Main among them is the malevolent Mr. Dark, who has stolen the magical Protoon, scattered the peaceful Electoons across the valley, and wiped away all of the good fairy Betilla's powers. Now you must walk the land, collecting the Electoons, fighting Dark's forces, and ultimately return the Protoon to its rightful place.

You begin the game with only the most basic abilities, and pick up more from Betilla as her powers return. You'll learn skills such as throwing your fist as a projectile weapon, grabbing hold of ledges, swinging from hand-holds, and using your hair as a helicopter to fly through the air. Each stage contains areas that can't be accessed until you have one of these skills, so a certain amount of backtracking is required, which can become somewhat repetitive at times.

In all of its many incarnations, Rayman has remained a good platform game with a great sense of timing, excellent character animations, and numerous clever game mechanics. One of the heavier criticisms that can be lodged against it, though, is that its difficulty level ramps up very quickly after the first hour of play. After that point, the game becomes very challenging, and soon hearkens back to the days when you felt that game designers were trying to take you out personally. It's less that one wrong move can cost you your life, and more that learning the timing for a stage can cost you most of the lives you've accrued-- - something that's sure to make you go back to your last save game and try it all over again.

The graphics in Rayman Advance look fantastic. The developers have succeeded in making the game look almost as good as its PlayStation counterpart. That's a significant achievement for a game on a portable system, even considering that the original Rayman was a first-generation PlayStation game. Its bright colors and clearly defined backgrounds make it well suited for the Game Boy Advance, as opposed to games such as Castlevania: Circle of the Moon and Pitfall: The Mayan Adventure, which almost need to be played under direct sunlight in order for you to see what's happening. And while the sound effects in Rayman Advance are merely average, its soundtrack is very catchy. Even though the main theme is overplayed, it really never gets old.

The only real complaint that can be lodged against this port of the game is that its camera is zoomed in too close to the action. You're still able to adjust the view up and down to look for ledges and enemies, but there are still instances where in which you need to make blind jumps. In the end, though, Rayman Advance's few drawbacks don't take too much away from the game. It's a great platformer and one among many games in the Game Boy Advance launch lineup that's easy to recommend. 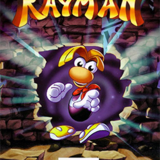