But I don't want to be a pirate!

Gather 'round, ye sons and daughters of landlubbers. Draw up a pint, and listen to a tale. A tale of single-digit frame-rates and computer crashes that will make you want to shove yer hook through yer monitor. It's a tale of deeply unsettling gendered violence and racist slaughter played for casual drama. The tale's written in the language of cheap misogyny and homophobia, and if yer willing to see this story through to its conclusion, ye've more patience than I (and a magical copy of the game free of the bug that makes completion literally impossible at the time of this writing).

That stylistic introduction is honestly more than Raven's Cry, the pirate-themed adventure role-playing game from Two Worlds developer Reality Pumps Studio, could ever deserve. In an age where shaky launches have become a sad norm, Raven's Cry makes most buggy games seem as polished as the floors of Versailles. The game is playable in the barest sense of the word in those moments where it's not hard-crashing your computer, and the game's writing is so tone-deaf and offensive and mean-spirited that playing the game for more than a couple of hours at a time can begin to take an emotional toll. It's the type of game where the only moments that you don't hate yourself for continuing to play it are those where it's merely tedious instead of utterly broken.

In Raven's Cry, you take the reins of Christopher Raven, a sneering and loathsome pirate in the 1700s. Christopher's story begins when a job turns sour, and the Spanish navy nearly burns down an entire Caribbean town to get to him. Christopher sets out to get revenge against the Spaniard who betrayed him, but it isn't long in your adventure before you come across the wreckage of a ship left by Christopher's arch-nemesis, a man who raped and murdered Christopher's mother when he was a boy. And, thus, Christopher begins to sail across the breadth of the Caribbean in search of that man's former crew so he can murder one of the few people in this game's universe who is more horrible than he is.

If that story seems like the traditional revenge fare that has become increasingly popular in recent years, "stale" is an adjective that Raven's Cry wishes could be used to describe itself. Out of the gates, Raven's Cry gives the impression that large chunks of story and writing were left on the cutting-room floor. Characters, motivations, and places appear without context or explanation but with a strange assumption that the player can follow who these figures are. And bland incomprehensibility is the game's strong suit.

When Raven's Cry writing is memorable, it becomes so for all the wrong reasons. Though it has seemingly been patched out since launch, the "barks" of your ship's crew mostly consist of gendered and homophobic slurs. I haven't heard the male iteration of the "c" word this often since Deadwood (and with none of David Milch's redemptive style). And don't worry. The female "c" word pops up just as often as well. Christopher openly insults black people in the face of his black first mate--who disappears for seemingly no reason early in the game. And, also early in the game, Christopher physically assaults a sex worker to gain information for a quest. Villains casually joke about rape. Tribal natives are treated as mindless cannibal savages that you slaughter in high numbers. The game has the cultural sensitivity of Birth of a Nation, and I needed a bath to wash away the grime of this game's world every time I stopped playing.

"Stale" is an adjective that Raven's Cry wishes could be used to describe itself.

The actual gameplay is broken into two primary segments: ship-to-ship combat and on-foot exploration/combat. Neither works well, although the ship combat is the least broken of the two. Ship combat plays out similarly to that of Assassin's Creed III (specifically before Black Flag updated those systems), where you line up broadside to systematically take out enemy ship hulls and sails (and the crew if you wish to board). Precision is relegated to set increments for the height of your shots, so if a ship is in a frustrating grey area between two shot levels, you're out of luck.

At the beginning of Raven's Cry, it's not uncommon to think that ship combat is simply impossible. Raven's Cry opens up the entire world map almost right out of the gates, it gives you little information about which combat engagements you have any hope of surviving, and it never informs you that fleeing from a ship battle is a potential option--and a necessity at the beginning of the game. The world of Raven's Cry's is enormous, and you may find yourself wanting to sail off--through an entirely abstracted menu experience--to the farthest isles of the Caribbean only to find your puny schooner up against frigates, galleons, and men of war. It took me literally hours to get even the most basic feel for the ship combat, and even then, one-on-one battles with another schooner mostly come down to luck and patience until you get your first couple of upgrades. Ship warfare becomes much more bearable after you get the second ship, but it's never enjoyable.

Ground combat is swordplay without much play. The game offers you ways to block and dodge and a meter that you can fill up to perform one-hit kills, but attempting to get fancy with your rapier is both a waste of time and a surefire way to end up dead. Raven's Cry suffers from awful input delay when it isn't just ignoring your button presses altogether. The simple act of opening a door requires multiple presses of the "X" button if you're playing on a gamepad, and trying to block with that system will get you cut to shreds. It's much more efficient to mindlessly mash the attack button until everyone around you is dead and--if necessary--open the menu to use a health potion. The game's collision detection is impressively variable, failing to recognize some clear and direct hits while also occasionally letting you kill enemies when your blade is meters away from anything.

Land exploration is as frustrating as land combat. Christopher can barely walk in a straight line because the camera swings around worse than a drunken sailor. That isn't always a pain, but on the rare occasions when the game requires you to navigate a tight path without rails or sides, it's too easy and too common to fall over the edge to your death or to water. Christopher can't even walk over ankle-high obstacles that aren't explicitly stairs--and occasionally he can't even walk over those--without having to rely on his awkward and uncontrollable jumping skill. The towns and islands in the game offer an impressive scale and sense of verticality, but Christopher can jump about as well as the Monstars from Space Jam before they steal Charles Barkley's powers, so don't hold out any hope of climbing around these sometimes huge spaces.

The presentation of Raven's Cry is as shoddy as its writing and mechanics. You may have to turn every single graphical option to its lowest setting or off to get the frame rate of Raven's Cry to a playable state. The frame rate still stuttered and chugged during sea battles or any time there was rain (which is often in this game), but it was usable. It did leave the environments in Raven's Cry looking like something out of a late-period PlayStation 2 game, though, with character models that were only slightly better.

There are elements of the presentation that aren't broken simply because they aren't finished. Large chunks of the dialogue in Raven's Cry are missing. Characters will be having a voiced conversation when suddenly a character's lips will keep moving but no sounds come out and subtitles appear at the bottom of the screen when they weren't there before. The first time it happened, I was sure it was a strange glitch, but it happened again and again and again. Honestly, the game should have abandoned voice acting altogether because the performances that do exist consist of stilted and soporific line readings that make off-Broadway theater feel like Laurence Olivier doing Shakespeare at the Globe. There's a pirate you meet early in the game that I'm still convinced recorded his lines while hung over or half asleep. Audio glitches abound in regular play, too, with sounds fading in and out of existence seemingly at random, giving Raven's Cry the unintentional sound design of a nightmarish Lynch-ian fever dream.

All of the other complaints that can be levied against Raven's Cry are legion, but you can force yourself to soldier through them if you really want to, although I pity anyone who voluntarily spends any time with this game. What truly puts Raven's Cry in the pantheon of the worst games of all time is that story progression can easily become totally impossible. After slugging through 17 hours of the game, a bug in a story portion of the game--where there was only one way back to the overworld out of the labyrinthine temple I'd been exploring--crashed my computer over and over again at the same point. I turned the game off, came back a couple of hours later, and tried again. The game crashed again. And I'd had enough.

It's not hard to say whether it's worse that Raven's Cry is so broken or that it's full of so much offensive material; the offensive material is worse. But the fact is that either of these things is more than enough for a rational person to avoid playing it. The game is unfinished, a chore when you can play it, and full of disgusting vitriol aimed at women and people of color. Buy a ticket for a different ship.

View Comments (770)
Back To Top
1
Abysmal
About GameSpot Reviews 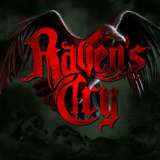 Don doesn't mind being a pirate in video games, but he probably wouldn't want to be one in real life just cause of the puffy shirts alone. He spent 17 hours with Raven's Cry before a game-killing bug forced him to stop. 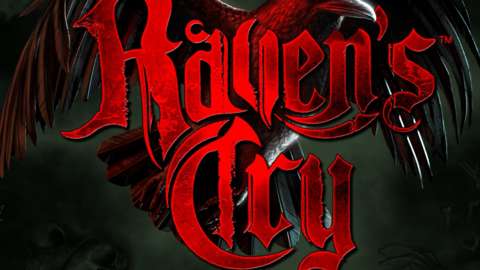 Raven's Cry is a pirate-themed strategy game set in the 17th century.