Ratchet & Clank: Into the Nexus Review

Out of this world.

Ratchet & Clank: Into the Nexus is a lean, mean machine. It doesn't represent a great departure from the franchise, but instead hones in on what made the games so fun in the first place: fast-paced, gun-toting mayhem. It's a laugh a minute in this exuberant return to form, which has the heroic lombax coming to terms with his rightful place in the universe.

Following the events of Ratchet & Clank Future: A Crack in Time, the heroic duo is transporting the infamous criminal Vendra Prog to a detention center. In an explosive introduction, Vendra is rescued by her twin brother Neftin Prog and his horde of Cockney-voiced hired goons working for Thugs-4-Less. What follows is a daring chase by Ratchet and Clank as they hop among five different planets in pursuit of the fleeing felons. Coming in at around five hours, the budget-priced Into the Nexus is short, but that brevity supports its narrative purpose. This is an epilogue, designed to cap off the Future trilogy of games and tie up loose ends in the process.

The classic sense of humor of the franchise remains intact and always hilarious. The jokes come early and often throughout the campaign, from slapstick moments thanks to the bumbling gator-faced Thugs-4-Less goons, to the zany array of weapons. For example, there is a gun that lobs a grenade that summons a ghoul in the form of a pirate or clown to scare enemies, and another called the Winterizer, which plays holiday music while turning foes into grinning snowmen brandishing candy canes.

It's hard not to get a warm chuckle out of the franchise's geriatric robot heroes, Cronk and Zephyr, who adorably bicker over war stories and age. From amusing dialogue to dry, subtle jokes buzzing in from various intercoms in certain stages, the game erupts with wit and charm. The humor is sprinkled throughout a smart script narrated by a fantastic vocal cast, with guest appearances from Talwyn Apogee, the Plumber, the Smuggler, and of course, Captain Qwark, who is as useless and unwanted as expected.

By stripping out the elements that bogged down prior games, Into the Nexus becomes a playground of gun smoke and noise where the person with the biggest toys is the one left standing.

A new enemy comes in the form of the Nethers, ghostly creatures from another dimension called the Netherverse. These beings are far more formidable than the usual thugs, and pop in and out of the dimension during battles. Early in the course of the campaign, Clank gains the ability to enter the cracks in reality leading to the Netherverse, thanks to the eccentric scientist Pollyx. Clank traverses the shadowy Netherverse in the style of a 2D platformer where gravity is controlled using the right analogue stick. The goal: get Clank to be chased by a Nether beast through the crack, which causes the wall to explode, allowing the two heroes to continue their quest. Clank's adventures in the Nether are rare, but they become challenging, as getting to the exit means executing quick gravity shifts while dodging floating spiked rocks and hazardous burning floors.

This is a simpler Ratchet, unfettered by an overabundance of jumping and moving platforms. Over the course of the franchise, Insomniac has experimented with new gadgets and moves to enhance the scope of platforming. Into the Nexus firmly plants its boot down on the side of action, focusing on the big guns and the legions of enemies you fire them at. There is platforming, but much of it has been toned down. There are no more ledges to shimmy along nor are there rails to grind, and using the OmniWrench to manipulate platforms is all but forgotten. Puzzles are nonexistent outside of a few simple box arrangements in Clank's visits to the Nether. The pared-down platforming might disappoint you if you enjoy giving the jump button a workout, but I felt the change in pace to be exactly what the series needed. By stripping out the elements that bogged down prior games, Into the Nexus becomes a playground of gun smoke and noise where the person with the biggest toys is the one left standing. The action and small environments keep the pace lightning quick, with two planets that mainly exist to offer a short list of optional side missions.

Adding to the enjoyment are tighter controls, which have been tweaked to let Ratchet use his hoverboots without needing to equip them first. Some planets allow Ratchet to utilize a jetpack he wins at the Destructapalooza, a battle arena on Planet Kragg, so that he may reach previously inaccessible heights. It's exhilarating to streak across the environment in hoverboots and then blast off into the skies, and dropping from the strata onto unaware enemies instills a sense of empowerment. This is still the Ratchet & Clank you know and love, but the dull humdrum has been all but banished.

New weapons are unlocked quickly and often, along with copious amounts of bolts and caches of raritanium to use for upgrades. Weapon upgrading has been expanded, allowing you to choose which features you want for your favorite tool of destruction. The upgrade screen is a map of branching grey hexagons, each of which grants a new ability such as increased ammo count, weapon range, or extra bolts for each enemy kill. Green hexagons adorned with question marks are mystery upgrades, and can only be unlocked after clearing all the grey hexagons surrounding it. Much like before, weapons level up with use, and the weapon wheel is larger on the screen, making it faster than ever to choose the item you want.

The series is well known for its colossal arsenal of strange and fantastic weaponry, and Into the Nexus follows suit. Over the years, however, the weapons selection in each game has become somewhat uninspired, a fact that unfortunately befalls Into the Nexus. During the course of the game, I rarely used more than a chosen few weapons out of the 12 available, though those weapons were always a blast to use. In particular, I'm a fan of the returning Mr. Zurkon, a sarcastic, snarky battle bot who speaks in the third person while harassing Ratchet for his organic faults. The Netherblades, which send a storm of whirling purple blades that ricochet off walls and surround enemies, is another easy favorite.

Ratchet & Clank: Into the Nexus doesn't entirely break from the series' classic roots, but its focus on action over platforming makes it a fast-paced thrill ride.

Early in the game you earn a new tool called the Grav-Tether. Firing it at grav-targets creates a purple grav-stream that you ride on to get to new areas. The concept is fairly straightforward: firing the tether activates one target, while firing at another will create a stream flowing to that second target. It is typically used to float over deadly drops or reach higher ground. Astute players will spot areas where the tether offers access to hidden areas, which often have secret items such as RYNO VII plans or gold bolts tucked away. You can have other kinds of fun with the tether as well; trapping enemies in the grav-stream and canceling it as they float helplessly above a cliff is good for a quick laugh. Though an interesting new addition to Ratchet's usual repertoire of tools, the game forgets about the Grav-Tether over time, and it goes into disuse by the final chapter.

Completing the game unlocks Challenge Mode which allows you to restart the campaign at a higher difficulty but with all the weapons you've unlocked. This mode applies a bolt multiplier which lets you unlock more upgrades for your weapons and level them up to golden Omega status using gold bolts hidden throughout the game. Challenge Mode is a fantastic way to really get some bang for your buck. Your weapons become more powerful with new upgrades, and the mode gives you a chance to try out others you may have neglected on your first playthrough. You also have the option to jump back into your game after the credits roll to mop up any leftover side missions, earn better boss battle scores, and grab some missing skill points. If you fancy a wave of nostalgia, visit the museum, which houses exhibits featuring the enemies and heroes who have graced the series. And in case you missed out, the game also comes with a copy of Ratchet & Clank Future: Quest for Booty.

Ratchet & Clank: Into the Nexus doesn't entirely break from the series' classic roots, but its focus on action over platforming makes it a fast-paced thrill ride, and the short length makes running through it again with Omega weapons in Challenge Mode irresistible. In what may be the last Ratchet & Clank for this console generation, the series takes its leave with a proper bang, reuniting you with your favorite characters and keeping you hooting and hollering all the way to the finish line.

View Comments (122)
Back To Top
8
Great
About GameSpot Reviews 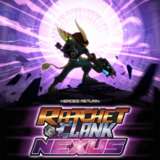 Ratchet & Clank: Into the Nexus
Follow
$19.99 on Walmart
Buy

Cameron Woolsey has made few things better by hitting them with wrenches, but that doesn't stop him from trying. For the purpose of this review, Cameron has played the game to full completion, spending around 15 hours going through normal and Challenge modes. 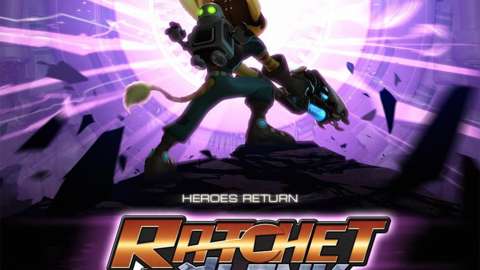 Ratchet & Clank: Into the Nexus

Ratchet & Clank: Into the Nexus is a story-driven adventure featuring outrageously upgraded weapons, planet hopping and brand new worlds begging to be explored.

7.8
Sign In to rate Ratchet & Clank: Into the Nexus