Ratchet & Clank: Goin' Mobile has the building blocks for success, but overall, it's a little too short and easy to keep you entertained for very long.

Ratchet & Clank are about as close as the PlayStation 2 has gotten to having a Mario-like mascot. The duo has appeared in four PS2 games so far, all of which consist of slightly different combinations of platforming and third-person shooting. While it seems like a done deal that these guys will eventually make their way to the PSP, their first handheld appearance comes courtesy of Ratchet & Clank: Goin' Mobile for cell phones. The game's not difficult until you get right up to the very end, which won't take you much time, but it's still a quality 2D platformer that captures a handful of different ideas from the console games.

The story opens with Ratchet & Clank getting accidentally digitized, just like in Tron, but without the ominous voice of the Master Control Program constantly booming. Once in, you need to try to find a way out, so you make your way through various computer software and systems, though most of them appear to be video comic books from the "Secret Agent Clank" series. So some of them look like casinos and other real-world locations. But one thing is true across all the levels--every one is filled with evil robots that get in your way. So you need to repel them by either clocking them with your giant wrench or shooting them with one of a handful of weapons. The 5 key is used for both attacks, so you can only swing your wrench when an enemy is close by. The weapon variety feels a little limited, and the powered-up version of your default gun seems to be the most effective at handling most tasks.

In addition to running around and shooting, you can also jump, execute a double jump using Clank's helicopter pack, and occasionally use a grappling hook to swing from specific grapple points. All of this stuff is packed into four directions and an attack button, and overall, it controls pretty well. The game's not terribly long, though, so just when you feel like you've mastered the controls, you'll probably be at or near the end of the game's hour or two of gameplay.

Visually, the game's got a good look to it, though there's a bit too much repetition. The second half of the game has you revisiting previous stages. You'll see new level designs, but the tilesets used for the graphics are the same. There also isn't much enemy variety. The sound is fairly barren. You've got basic sound effects for firing and a few other actions, but there's not too much more to it than that.

All in all, Ratchet & Clank: Goin' Mobile has some pretty sharp gameplay in it, but it's short and repetitive. If you're in the hunt for an action game with some pretty good shooting, Goin' Mobile fits the bill, but it won't last long. 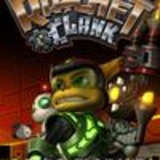 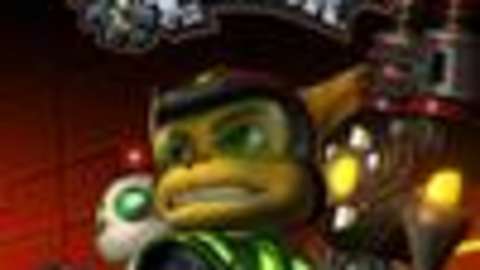 Ratchet & Clank is a mobile game featuring Sony's space mechanic hero and his robotic partner, both of whom are trapped in the digital world.