You win some, you lose some.

There are few game developers as beloved as Rare. Its creations have charmed millions over the last 30 years with witty writing and an attention to detail that lends credence to goofy, fantastical worlds. It's found success in a wide range of genres, and Rare Replay, a collection of thirty games from the studios' distant and recent past, showcases this success perfectly. It has offbeat side-scrolling beat-em-ups, racing games, a fighting game, first-person shooters, games starring piñatas, and even one about a foul-mouthed squirrel who makes his debut under the fog of a massive hangover. Rare Replay isn't a "best of" collection, as some of its games are better regarded as historical touchstones rather than timeless hits, but there's plenty to enjoy, and even learn, if you're willing to go the distance to unlock Rare Replay's bonus content.

Rare Replay is mostly old material, but oh what material it is. Boot up a game like Battletoads, and you're reminded of the golden, 8-bit era where studios experimented with wild ideas, when it was ok to make a game with frogs named Zitz and Pimple who walk upright and man-handle weaponized robots. Battletoads isn't merely regarded for its unusual dressing; it's also a game that's fun to play. It frequently surprises you with new mechanics and settings. These qualities define many of Rare Replay's best games, including Conker's Bad Fur Day, and Banjo Kazooie: Nuts & Bolts, and Blast Corps. Even more straightforward games draw you in with great, refined gameplay, like Cobra Triangle and R.C. Pro-Am, or maybe you take a liking to the handful of games that marry great writing, music, and characters.

For a collection that's as broad as Rare Replay, it's not surprising that some inclusions aren't very compelling. Jetpac, for example, is a simple game where you hover around a single, looping screen, collecting parts for your spaceship while fending off aliens with a pistol. It's merely quaint, like other ZX Spectrum games of its era, and its difficult to warm up to.

Rare Replay lets you use save states to save and load progress at any time, though only in its pre-Nintendo 64 games. Equally helpful is the ability to rewind gameplay with the press of a button, which is most appreciated in games with arcade-like sensibilities. You also have the option to apply a scanline filter to these games, which simulates the feeling of playing on an old-school CRT TV by casting horizontal lines across the screen. It's a gimmick, but one that will give you some momentary satisfaction.

Though you may not feel compelled to commit a significant amount of time to some of the lesser games in Rare Replay, Snapshot mode chops these and other games in the collection into bite-sized, focused challenges. Remember the turbo tunnel from Battletoads? There's a Snapshot version of that section, only now, it's been turned into an endless runner. Snapshots are also gathered into playlists, so you can tackle a few in sequence, rather than manually selecting one after another. These are quick, palatable diversions that are fun, but also a good way to earn stamps--Rare Replay collectibles that you earn by playing games, and use to unlock documentaries on Rare and its games.

Herein lies the only major problem with Rare Replay. With hundreds of stamps to earn, you eventually need to play games that you may not want to in order to unlock every documentary. If you're a fan of Rare and have followed its work over the past few decades, these videos are a treat. In some cases, their content is far more valuable than some games included here, as you gain first-hand insight into the evolution of Rare and its employees. While it makes sense to lock supplemental content for new games, where creators may want to share details about story and character development, it doesn't make sense for a collection that's designed to celebrate and honor a well-known studio like Rare. When you come to Rare Replay because you already know and love Rare's games, having such information withheld feels unnecessary and disrespectful of your time.

Much of Rare Replay is old material, but that's OK when so many of Rare's games easily stand the test of time. Getting the chance to play its classics in an easily accessible package is worth celebrating, whether you've played them before or always wished you could. And you should, if you haven't had the chance. Rare's games have a way of speaking to you with respect. They embrace video game conventions and rarely take themselves too seriously. Expressive characters warm your heart and catchy and complex soundtracks stick with you long after you turn off your console. Rare Replay is a great way to experience some of the best games from the studio's past, and the new videos that document Rare's storied history are the icing on the cake; it's just a shame that you can't access them from the start.

View Comments (301)
Back To Top
8
Great
About GameSpot Reviews 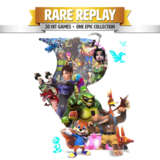 Peter played a little bit of every game in Rare Replay, but spent the most time playing Battletoads, R.C. Pro Am, Conker's Bad Fur Day, and Banjo and Kazooie: Nut 'n' Bolts, a game he's been wanting to try for seven years.