An oddball attitude, some decent variety, and a dip into the surreal spice up Rango's otherwise tame action.

Even in the whimsical world of animated movies, dusty frontier towns in the American West aren't a tropical chameleon's native habitat. So when a grandiloquent green lizard has managed to install himself as the sheriff of such a town, you know something is awry. Rango is a strange character, to be sure, but his quirky appeal suffuses this scion of the motion picture by the same name. Solid but unremarkable platforming action is the core of this game, and it's peppered with enough variety to keep things moving at a good pace. There are some technical shortcomings, and the breezy difficulty level makes Rango more suited to younger players, but a fun sense of style and some delightfully surreal moments offer enjoyment for players of all ages.

Though inspired by the movie, Rango blazes its own narrative trail as the eponymous chameleon sheriff tells tales from the comfort of the town saloon. As he regales the assembled townscritters with stories of his exploits, Rango sets the quirky tone that persists throughout the game. His rambling dialogue is littered with highfalutin vocabulary words, spaghetti western cliches, and occasionally, factual inaccuracies. When, for example, an observant young raccoon points out that a certain gang hides out in the bony graveyard and not a deep canyon, a cutscene depicts the canyon walls falling away and a large skeleton dropping in like pieces of a stage set. Rango's dry observations throughout levels provide some amusement, as do the recurring characters that you encounter in strange places. A mariachi band of burrowing owls is a particular highlight, and hearing the guitar chords that herald their arrival is always a treat. The tale itself is not very interesting, but the stylish delivery and oddball characters give Rango a lot of appeal.

Rango is fairly nimble, as reptilian officers of the law go, so you jog around on two legs, jumping and double-jumping to navigate platforms and gullies. Rango's leaping can feel floaty at times, but the game rarely demands more precision than it enables. A few tries is usually enough to surmount any obstacle, and checkpoints are so frequent that death never sends you back very far. Environments have a realistic sense of scale, so you may cross a bridge with thumbtack guardrails, get hemmed in by a barrier of pencils, or wall-climb along pathways of staples. Levels range from dusty desert canyons to underground mines to a tinfoil-hat-wearing human's trailer and beyond, with nice design touches throughout that give the environments a thoughtful charm. The game does suffer from some visual hitches, including some screen tearing and frame rate slowdown. Yet these issues rarely hinder gameplay, and the overall presentation remains appealing, thanks to detailed characters and colorful levels.

Rango's quest to round up strange space rocks runs afoul of the local bandit gangs and a few notorious characters, so you have to engage in a lot of combat to succeed. Rango can deliver a variety of melee attacks, including a short combo, a ground pound, and a charged special attack that involves his long, sticky tongue. He also packs a popcorn shooter that he can use to blast enemies from afar, and the automatic lock-on feature makes it very easy to dispatch foes with projectiles. Combat is a breeze if you rely on the gun, but the game offers an incentive for vanquishing enemies up close and personal. Whacking enemies to death earns you more sheriff stars than shooting them, and these stars can be cashed in for a variety of upgrades that can improve your combat abilities, increase the number of stars you earn, and boost the potency of your power-ups. Some combat-heavy areas have a jack-in-the-box lying around that temporarily gives Rango a much more powerful gun, and with the right upgrades, these power-ups last even longer. Dispatching enemies and smashing crates and barrels yield a gratifying spray of sheriff stars that gather magnetically to Rango.

Combat is sound yet simplistic, and the mild thrill of raking in the sheriff stars provides much of the meager satisfaction. Fortunately, there is some nice variety amidst the steady mix of platforming and fisticuffs. There are short diversions, like rail-grinding sections, dramatic trick shots in which you steer a bullet into targets to trigger a wacky event, and times when you must thwack a golf ball (aka an explosive little bug) in order to hit targets or damage enemies. Then there are the long sections in which you ride on the back of a desert creature, racing through the landscape while avoiding obstacles and gunning down enemies. These bits usually require some fancy maneuvering, and though the forgiving checkpoints are still in place, racing under a train bridge and weaving between cacti on a roadrunner's back is one of the most exciting parts of the game. Unfortunately, though the menu options let you invert the controls in all other parts of the game, the targeting reticle in these sections refuses to invert, which may vex those who prefer to press forward on the analog stick and have their reticle move down.

Rango moves along at a good clip, and you can finish it around the five-hour mark without too much trouble. About three-quarters of the way through, the desert environments start to wear thin. But then, after a brief rendezvous with those most ubiquitous of video game villains, zombies, Rango heads off the beaten path with surprising results. Apparently burned loopy by the sun, Rango imagines himself entering an 8-bit universe, where colorful blocks and pixelated enemies await. The action here is essentially the same as in previous levels, but the stark visual contrast is an invigorating breath of fresh air. It's an absolute delight to play through this level as it gets more and more surreal, and this burst of creativity enriches the entire experience.

Though Rango comes back to more predictable environs for the final level, the last sequence is downright harrowing. By ending on an adrenal high note, Rango leaves you with the surprising feeling that, despite the basic combat and uncomplicated platforming, this is a game you just enjoyed playing. It certainly is not without faults, but Rango's quirky charm and bold detour from the expected are delightful elements that buoy the game when simplicity threatens to bog it down. It still feels a bit overpriced at $49.99 due to the short length, but like its goofy protagonist, Rango finds a way to entertain despite the odds. 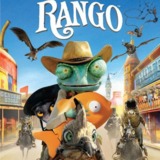 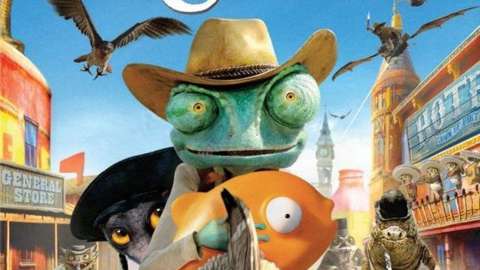 Rango The Video Game invites players to continue on Rango's journey through new adventures inspired by the movie.