Rampart is a classic arcade game, but severe control issues prevent it from translating well to the PlayStation 3.

Rampart is a pretty cool arcade game that mixes shooting action with block-style puzzle gameplay. You control castles on the land, and you place cannons around those castles to fend off hordes of incoming ships. At the same time, the ships are shooting holes in the walls around your castle. But battle only lasts for a few seconds, and then a rebuilding round starts, where you have a limited amount of time to quickly patch the holes in your walls before battle begins all over again. If you can't surround at least one castle with walls, the game ends. It was an interesting mix of action back in its day, and it's still interesting today. Unfortunately, even the three-player online play can't make up for the PlayStation 3 version's terrible, touchy control.

You played the original arcade game with a trackball, which let you be precise when you needed to carefully place a block but also let you roll your firing cursor out to sea nice and fast, so you could take on your seafaring foes. As you might have noticed, the PlayStation 3 controller doesn't have a trackball. Instead, you can use either the D pad or the left analog stick to move. By default, the cursor moves at a moderate speed. But if you want to whip your cursor around quickly, holding down the R1 button lets you do so. That's great, but the real problem is that there's no way to move the cursor extremely slowly. When you're trying to carefully place the Tetris-like blocks around your castle, it's easier to move the block two spaces at a time than it is to move it one space. This means you'll overshoot your target a lot and waste precious seconds fumbling with movement, or even worse, you'll misplace a key block at the last possible second and lose the game. This is endlessly frustrating and, despite the rest of the emulation being spot-on, practically destroys the game.

In addition to local three-player multiplayer, you can also get online and play against two other combatants. In both cases, this removes the incoming ships and puts you into castle-on-castle combat. The control issue still rears its ugly head in the multiplayer, though. Getting into an online match is a bit tricky, as, at this point, there doesn't seem to be too many players out there. The online mode is set up just like other SOE/Midway releases, so starting a game just emulates the machine. It's still up to individual players to hit start and join, and the menus are all ugly, with a menu-select noise that seems like it was custom built to be the most unnecessarily annoying sound in the world.

It's a shame that the control is so busted, because Rampart is a compelling game that would have easily been worth five dollars. But without the ability to move properly, this game becomes a frustrating mess that all players, nostalgic or otherwise, should very definitely avoid. 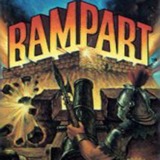 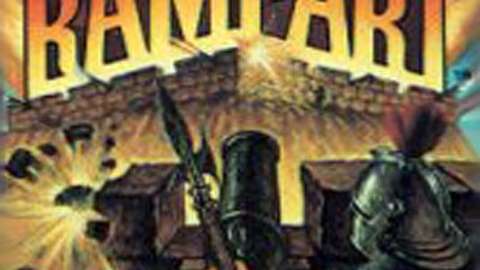