Rambo is an icon of masculinity. The testosterone-flooded film series that began with First Blood in the '80s has given us the term "going Rambo" anytime someone decides to take on insurmountable challenges in a video game. And for the first time in many years, we have a video game that lets you inhabit the role of John Rambo.

Developer Teyon could have done a lot of things with Rambo: The Video Game. With all of the tools available today, a veritable sandbox could have been made of the jungles of Vietnam and the city of Hope, Washington. But Teyon didn't do that. It made Rambo a rail shooter that leads you through its levels by the nose, letting you instead focus on hovering your targeting reticle over the bad guys and gunning them down. Headshots are worth more, in terms of both damage and point values, and the game encourages you to kill as much as fast as you can. Kill streaks multiply your score and increase the multiplier based off how rapidly you kill. From moment to moment, the action is simple but frantic, inviting you to set aside your expectations of what a Rambo video game should be, and enjoy it for what it is.

"I'm here to talk to you about a man who killed dozens. John Rambo. And it's good that he's dead."

These are the words you hear at the funeral that launches the game. From there, you play a flashback mission as the war hero John Rambo in Vietnam, guns ablazin' as you attempt to escape being a prisoner of war. Here you discover the game's cover system, which allows you to take cover in three different directions at any given time, leaving you exposed to some foes while shielded from others depending on the direction you take. It's a step up from the arcade limitation that typically leaves you with "in cover" or "shooting" as your only options. The mission also introduces you to the wrath bar, and Wrath mode, which enables you to regain your health and get back to going Rambo by killing as many enemies as possible before the bar depletes.

After war, regular life just isn't the same. Rambo is thrown into jail by the sheriff of Hope, Washington. But it's not prison that makes his life hell. It's quick-time events. As the bully deputies attempt to shave Rambo with a straight razor, he rebels and escapes through a series of nothing but properly timed button presses. The quick-time events in the game offer more points if you press them with proper timing, but mostly act as a boring and clichéd way to add interactivity to cinematic events.

Throughout the remainder of the first chapter of story missions, you're encouraged to avoid killing your foes, because simply disarming them gives bonus points. After all, those are American citizens you're shooting at, soldier! By the end of the chapter, you find yourself sympathizing with poor mass-murdering John Rambo, because he really didn't mean to hurt anyone. Well, apart from those Vietcong. After taking down the sheriff standing in your way of a normal life, you finally earn the peace and quiet you wanted all along. Back in prison, again!

The story does follow the movie series' plotlines, with major stages and events hewing as close as possible to the source material while still under the guise of a video game. (Forgetting, of course, that Mr. Rambo was not the killing machine pop culture has made him out to be.) Of course, since Stallone wasn't available to do voice acting for the game, Teyon decided to instead use sound bites directly from the movies. This causes the volume levels of different cinematics to vary wildly. Coupled with the game's atrocious graphics, Rambo is a painful experience for the eyes and ears, with only the limited but excellent soundtrack rising above the ugliness. The somber brass of the main menu and funeral scene, the melodic strings that tie the plot together, and the upbeat tracks that fuel the explosive carnage of combat are perfectly at home and enjoyable to listen to in their own right.

In addition to the contextual directional cover system, there are well-placed explosive barrels, good incentives for proper aim over spraying and praying, and enough challenge in (some of) the missions to keep this generally easy game from being a complete cakewalk. Luckily, there's also a higher difficulty setting, and a one- to three-star-based scoring system that encourages you to always do better than the time before. And if that weren't enough, the game offers specific objectives to shoot for in the hopes of earning a brand-new shiny gun to wield as a secondary weapon.

If you're having trouble perfecting your approach to missions or challenges, then it's time to delve into the game's skill and perk system. The game offers perks varying from being unable to fail QTE events (wait, really?) to gaining health back from headshots or disarming opponents, to bonuses to your Wrath mode. With up to three perk slots able to be unlocked, you can customize John Rambo to your own tastes or the task at hand. The skill system gives you the ability to upgrade your damage resistance, light weapons, heavy weapons, miscellaneous weapons, or your Wrath mode, but I didn't find any reason to invest in anything but damage resistance or Wrath mode in lower levels. The perks system reeks of poor balance and the charade of choice. Enemies die in two or three properly-aimed shots, so skills granting bonus damage aren't necessary, and it only takes a few turns of the reload wheel to get the hang of reloading, thus diminishing the usefulness of light- and heavy-weapon expertise.

Rambo: The Video Game does a solid job of breaking potential monotony with various alternate battle methods. Although some of these involve moving from quick-time event to quick-time event, you're also given a helping of helicopter missions and an opportunity to use enemies' own tanks against them. While these segments don't last long, they also are neither overused nor overdone, and offer a breather from the game's gauntlet of gun battles.

The game's initial playthrough doesn't take more than a few hours, but becoming a master of the game can take a bit more investment. You don't have to be a fan of the Rambo franchise to enjoy Rambo: The Video Game, but it helps to have at least spent a bit of time in an arcade as a light-gun-slinger. And this time around, you don't have to stock your pockets full of quarters to prepare to blast your way through screen after screen of Vietcong, Afghan, and Soviet enemies. 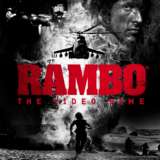 Tyler Hicks usually keeps to the indoor comfort of PC gaming, but will always have a soft spot for the nostalgia of an arcade rail shooter. Countless quarters and tokens have been spent on the Time Crisis series, and a few playthroughs of Rambo: The Video Game brought back those olden times. 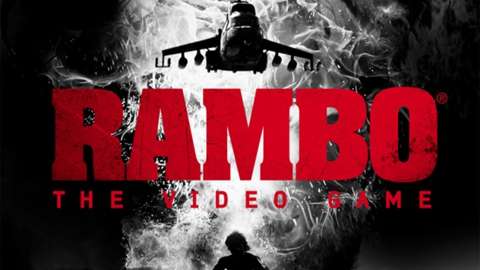