If your idea of a good time is blowing things up, Metal Gear Solid or Army Men might be better choices.

The rise of terrorist activity has thrown cities, nations, and ethnic groups into a state of paranoia. As commander of the Rainbow counterterrorism unit, you must disperse hostage situations, collect intelligence, neutralize hostile actions, and bring some semblance of peace back to the world. This is a heavy job, to say the least, but you're up to it. Succeed through 16 diversely involving missions in Red Storm's rendition of Rainbow Six and you might end up as the world's greatest counterterrorist operative.

As you can imagine, being the commander of a counterterrorist unit makes for a unique gaming experience. The console and PC Rainbow Six titles conveyed the experience with 3D visuals, free-roaming gameplay, and insatiably thick plot undertones. In the Game Boy version, the visuals and gameplay are scaled back, but the engrossing plot remains. Since each mission begins the same, here is a synopsis of what you can expect. First, there's the briefing, in which you learn about the situation at hand. Ignoring the information in these briefings will hurt you, so pay attention. After the briefing, you must choose your combat squad. Eight operatives will be your eyes, ears, and hands in the field. As the commander, you know their strengths and weaknesses in a variety of areas, so it's easy to choose the right man, or woman, for the job. Once you've chosen them, you will sort them into three or four small teams of up to three members each.

After the selection phase, you must equip your soldiers with their necessary arms. Each member can have one of six different rifles, one of six different handguns, one of 24 armor/camouflage types, and two extra tools, such as grenades, door charges, heartbeat sensors, or electronics kits. In the first few missions, the default equipment is fine. In later missions however, you have to take the time to equip your staff or risk failure. After this, it's on to the planning stage, where you must choose a variety of waypoints with which to guide your forces. In the first three or four missions, you can pick random waypoints, but later on, some semblance of flow is a good idea. For many, the details of setting up the pre-mission options will be detrimental to their enjoyment of the game, as getting to the meat of combat is something gamers are accustomed to. Still, Rainbow Six is about realism, plot, and attention to detail, and without these nuances, the game wouldn't be Rainbow Six.

Once the mission begins, 2D top-down gameplay is the order of the day. If you've played Ikari Warriors, the original Metal Gear, the non-N64 Zelda games, or Army Men for the Game Boy, you know what top-down is. You can use the pad to move up, down, left, and right, and use buttons to shoot, switch weapons, and alter game options. If you see an enemy onscreen, you can attack or sneak by him. Most levels contain hostages to rescue, stairs and ladders to climb, and a plethora of information to recover. Hide, shoot, wander - that's about it. While Rainbow Six offers fast control response, smooth animation, and a good weapons selection, it does have its flaws. First, AI is ridiculously poor. Rarely will enemies charge you, and they never assassinate hostages, and getting yourself killed is near impossible. Further, your own men have a major penchant for becoming stuck around doorways and stairwells. Initially, this isn't so bad, but by mission three, when you're gallivanting around hunting for explosives, this gets aggravating. Another flaw is repetition. While the mission goals and enemies vary, there's little to break the impression that you're just roaming around killing everything in sight until there's nothing left to do. For those who get immersed in the plot, these flaws aren't major. However, the juxtaposition of forgiving gameplay coupled with overbearing initial mission configuration may sour the game for many people. Still, it is faithful to the PC version, right down to mission objectives, weapons, and plot points.

Unlike the gameplay, Rainbow Six's other elements aren't as complex to describe. Visually, the game looks like any other top-down shoot 'em up, complete with fluid character animation, large glowing bullets, and mild bloodstains. Bases, houses, and trees look as they should, but the sprites repeat constantly. The high animation level does much to counteract this criticism, though. Similarly, the sound is of good quality, but the thrill factor lessens over time. Weapon sounds and a few choice explosion effects spruce things up, but there's not enough variety and a lack of digitized speech so common in Game Boy games nowadays. The music is reminiscent of that of The Saint, but as you reach the last few missions, the feeling of deja vu created from hearing each tune over and over again wears a person down. Simply put, Rainbow Six doesn't look bad, it's just not a masterpiece. It doesn't sound bad, but boy is it looped.

What you get with Rainbow Six is a replication of the PC game in handheld form, minus the pretty graphics, competent AI, and multiplayer options. All of the missions and intrigue from the PC version are present, and if you like espionage and counterterrorism, this game is going to give you many hours of enjoyment. If your idea of a good time is blowing things up, Metal Gear Solid or Army Men might be better choices. 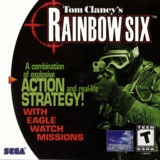 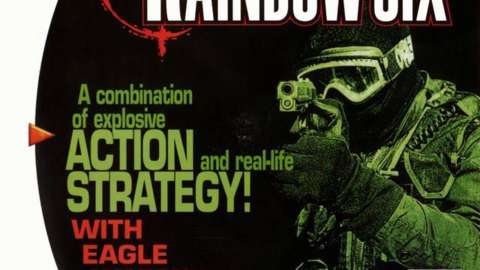 What originally was intended for the PC has come to the PlayStation - with mixed results.