While the game may sport a spiffy set of tech specs, Rainbow Cotton's core gameplay is so flawed that it leaves the overall experience unsalvageable.

Meet Cotton, a young and powerful witch with a passion. Cotton has always had an insatiable desire for "Willows," legendary candies that are so good that they warrant risking life and limb for. With the help of her fairy friend, Silk, Cotton braves five stages of 3D shooting mayhem to recover the legendary Willows. Not that she'll ever get to eat any, of course - the whole trip is little more than a scam to get Cotton to defeat the forces of evil during her quest for the sumptuous candies.

Cotton strays from the series' traditional side-scrolling formula and employs a more Panzer Dragoon or Space Harrier-esque model. Cotton flies "into" the screen on her broomstick, targeting enemies with a targeting reticle. As Cotton defeats enemies, her experience level increases, and her shots become more powerful. In addition to her standard shot, Cotton can also use four types of screen-clearing magic spells, earned by collecting colored crystals scattered throughout each level. Each level has multiple paths to discover, giving the game what little replay value it has. All levels feature mid and final bosses as well.

While the simplicity of the game would seem to paint a rosy picture, things aren't so swell in the world of Rainbow Cotton. When playing the game, one really has to wonder if anyone at Success had played it before shipping it. Simply put, Cotton's control is terribly unrefined and frustrating - the targeting reticle slowly drifts back toward the center of the screen, forcing you to constantly fight the controller to hit enemies. As if that weren't bad enough, Cotton herself is overly large on the screen, blocking your view of enemies and bosses alike. As you can imagine, without the ability to aim or see what you're aiming at, the whole concept of a shooter completely unravels.

Apparently, a lot more time was spent on Rainbow Cotton's art and technology than on the gameplay. Cotton's new 3D world is detailed, colorful, and lively. Each sprawling level abounds with activity and animation. To make things better, the game keeps a steady 60fps in all but the most graphically taxing of scenes. The music and sound are both top-notch overall, but the incessant and repetitive fairy chatter the fairies make while you are flying is distracting and progressively annoying. Fortunately, this can be turned off in the options menu. Between levels Rainbow Cotton uses animated cutscenes to tell the "story," but these are usually best skipped - not only is the anime in the game some of the poorest ever seen, but the pacing and content are both extremely boring.

While the game may sport a spiffy set of tech specs, Rainbow Cotton's core gameplay is so flawed that it leaves the overall experience unsalvageable. Even the most devoted Cotton fans will have a hard time embracing this most recent incarnation. 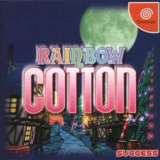 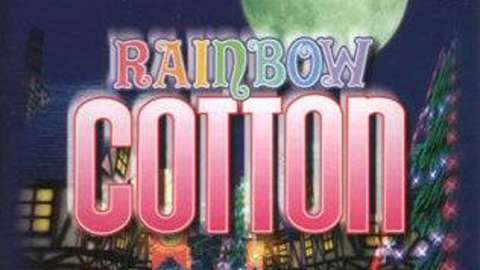 While the game may sport a spiffy set of tech specs, Rainbow Cotton's core gameplay is so flawed that it leaves the overall experience unsalvageable.