Rainbow Billy: The Curse Of The Leviathan Review - Rainbow Connection

Final Fantasy Friendship. Suikoden Kindness. If you want a quick description of what Rainbow Billy: The Curse of the Leviathan is all about, those are a good start. While it's classified as a "2.5D Adventure-Puzzle-Platformer" on official marketplaces, Rainbow Billy is an RPG at its core, thanks to its team-building mechanics and a "battle" system worthy of those vaunted franchises. The exploration and platforming elements do add an air of adventure, but those moments aren't as smooth sailing thanks to some weird technical issues. The issues won't ruin the game though, as the entire experience is wrapped in a rainbow-colored warmth that's hard to describe. It has a constant "glass half full" attitude, playing out through dialogue between characters that mirrors a lot of real-world situations. The message alone makes the game worth checking out.

You play as Rainbow Billy, a denizen of the World of Imagination. A massive water-faring dragon called Leviathan lays a terrible curse on the land, draining it of its color, and Billy must board his tugboat--named the Friend-Ship--and sail across multiple islands to solve puzzles, make new friends, and restore the world's vibrant colors. Joining Billy on the journey is Rodrigo, a sentient fishing rod-looking creature that helps Billy get around the world through swinging, gliding, and more. The main focus of the game--and the idea that sets Rainbow Billy apart--is its "battle" system. You'll see that words like "battle" and "confront" are in quotes throughout the review, and there's a reason: there's no "battle" to be had. Instead, Billy and the friends they recruit are attempting to restore the color in each black-and-white creature they "confront," and they do it through dialogue and simple minigames.

Here's how it works: You'll choose from recruited friends and place them on the battlefield in designated lanes, assigning one of three colored shapes to each friend. Once these "battle lines" are formed, minigames begin based on the lead creature in a lane. Some involve a slot machine-esque game where rainbow stars must stop on a line, others require button presses in a certain sequence. Upon winning a minigame, the colors then travel to the "enemy," filling in any corresponding blank shapes above their heads. Enemies will fight back, depleting Billy's Morale meter, and an empty meter means a failed battle that must be restarted. Fill all the shapes in, however, and voila! A new friend is recruited.

As the game progresses the confrontations get a little more involved, whether increasing the number of colors to fill in, adding more complicated minigames to complete, or adding unique parameters during a fight. One enemy, for example, worries about others being more "perfect" than they are, so any time you complete a minigame with no mistakes, they negate all of the colors immediately. The wrenches thrown into the battle system keep an already unique mechanic from growing stale, giving every instance its own spin and making the entire game better in the process.

The creature being worried about how others view them actually speaks to a core tenet of the Rainbow Billy experience. Every single one of the 60 creatures that you'll find is feeling some sort of anxiety, causing their loss of color. One rodent-esque creature doesn't want others focusing on their giant front teeth. Another acknowledges that they snack too much, even if the snacks are healthy. A third is a champion boxer coming to terms with the end of their career and the need to pass the baton.

Every one of these stories feels real, rooted in real-world feelings that are absolutely relatable to most players. These new friends are telling tales of anxiety over identity, having trouble making friends, and being bullied, all very prevalent real-world issues. Granted you may not relate to all 60 of them, but there's definitely one or two that will make you think, "huh, I've felt that before." The game then follows up with talking through the issues, working on them, and once color is restored, acknowledging the character's personal flaw and moving past it. It's wonderful, inspiring stuff that could genuinely be helpful to some people, all found in a cute rainbow-tinged adventure.

This idea isn't limited to the battle system either, as each of the 60 characters can increase in power--and gain more colors to use in confrontations--by fulfilling their requests. Items found while traveling the world--ranging from a teddy bear to video games to art supplies--are requested by the creatures, and giving a creature the item they desire further explores the roots of their flaws. Their colors are already restored, sure, but they're still working through what made them lose their colors in the first place. These sometimes use similar elements--a lot of these animals reference school-based trauma, for instance--but the situations they describe are very much based in the human experience.

Take Alpharoar, one of the first friends you'll meet. Alpharoar is super protective of his little brother Bark, so much so that he also got expelled from his school once for going overboard defending Bark from a bully and getting into a fight. Through his dialogue, he realizes that overdoing it could have gotten him separated from the family he's trying to protect, thus leaving his sibling vulnerable to bullies in Alpharoar's absence. He understands the need to tone things down, giving him more understanding of why what he was doing is wrong. This is just one example of the 60 stories you'll be told, and all of them are as heartwarming and as real as this one.

Billy's past that will be explored throughout the adventure, culminating in Billy dealing with some difficult topics head-on. Like the others, this story is told with respect and realism, never straying too far into the cartoonish despite the cartoon it's set in

These mini-stories all set up the overarching tale of Billy themselves, who is dealing with heavy trauma of their own. Avoiding spoilers, there's a lot in Billy's past that will be explored throughout the adventure, culminating in Billy dealing with some difficult topics head-on. Like the others, this story is told with respect and realism, never straying too far into the cartoonish despite the cartoon it's set in. It's a remarkable experience that will leave a lasting impression on a lot of people.

Outside of "battle" the basic gameplay loop establishes itself early: You pull up to a dock in the Friend-Ship, do a bit of platforming or puzzle-solving before meeting a creature, "confront" the creature to restore its color, and move on to the next island. Some islands have more gimmicks than others--from having multiple creatures to confront, to needing multiple visits to complete--but otherwise, this is the gist of the game. It's repetitive, but you never feel that repetition weighing on you. The game does a good job of giving each island its own unique properties and making them feel like individual experiences.

That said, traversing the islands tends to be frustrating. Billy has a major problem with ledges and cliffs. Walk too close before jumping and Billy gets stuck, requiring some maneuvering to get unstuck and try again. Sometimes Billy will stick to an edge during a jump, sending them into the water instead of up in the air. A few island layouts create some confusion during traversal too, putting an obstacle further out of reach than it appears and causing some unintended drops off of a ledge. Luckily, there are no "lives" in Rainbow Billy, meaning there are no repercussions for a trial-and-error platforming approach. If at first you don't succeed, you can try and try again.

This lack of consequences also applies to the puzzles, which are simple brain teasers involving pushing snowballs or aiming beams of light. Sometimes a single button press is all you need to complete a puzzle, making sure that the item you're pushing is heading in the right direction. You may consider the bulk of these puzzles too simple--a few can be solved by pressing switches in a natural order with little thought--but honestly, that's the whole point. Rainbow Billy is billed as, among other things, a highly accessible experience. The game puts no pressure on you to succeed on your first, second, or even third try at a puzzle, knowing you can just flip a switch and start again. That lack of pressure is freeing in a sense, letting you experiment without having to worry about, well, anything.

As the world expands, the Friend-Ship's abilities will as well, thanks to the game's main collectible: Thoughts. These tiny grey creatures dot the world, and collecting them lets you upgrade the ship by chatting with the computer inside. Some upgrades don't add much--hooray for Photo Mode filters?--but things like having more turns in "battle" or more creatures to choose from during a turn are crucial to victory later in the game. The best part of the Thoughts are the tiny bits of personality they're given in the in-game menu; each one having a small message like "is a hot dog a sandwich" or "If it's called a waterfall, does that mean its opposite is a firefly?" These silly jokes, much like the rest of the game, will put a smile on your face.

Honestly, the best way to summarize Rainbow Billy: The Curse of the Leviathan was performed by Cyndi Lauper 35 years ago. This is a game about showing one's "true colors" to the world, teaching that being oneself is the best way to approach all aspects of life. Its messages of love, friendship and self-discovery are inspiring, the sort of Ted Lasso-esque positivity the world could use a lot more of right now. The package delivering the message doesn't always impress, especially with its platforming, but the unique battle system and rewarding exploration pick up the slack.

Rainbow Billy: The Curse of the Leviathan is the role-playing game equivalent of a warm hug from a good friend, and sometimes all you need is love. 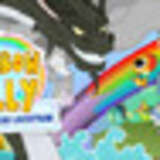 Jason Fanelli traveled with Rainbow Billy and their friendly crew for 12 hours, eventually removing the curse from the World of Imagination. He now has a brighter outlook on life and a fuller understanding of himself. Your results may vary. Review code was provided by the publisher. 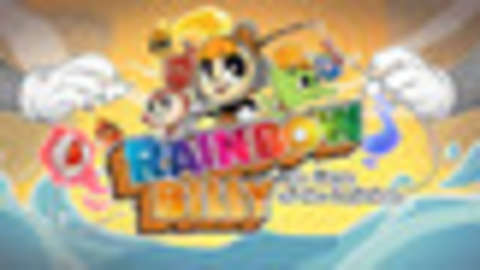 Rainbow Billy: The Curse of the Leviathan

6
Sign In to rate Rainbow Billy: The Curse of the Leviathan