Radiata Stories doesn't really bring anything new to the genre, but it's an enjoyable game simply because it delivers the humor that role-playing games so often lack.

Radiata Stories follows the adventures of a precocious teenage boy named Jack Russell. Jack is the son of a legendary knight, and since Jack is determined to follow in his father's footsteps, he joins the prestigious ranks of the Radiata Knights. Jack is assigned to the Rose Cochon Brigade, along with a snooty girl named Ridley and a well-intentioned buffoon named Ganz. The enthusiastic young recruits of the Rose Cochon Brigade take on a few missions, but everything goes awry when Ridley is nearly killed by a couple of blood orcs. An elf is able to save her life by performing a transpiritation ritual, but the elf dies in the process. The elf's brother is understandably angry, so he hatches a plan to go to war with the humans. Meanwhile, the Rose Cochon Brigade is disbanded, and Jack finds a new home in a warrior's guild known as Theater Vancoor. Here, he takes on various odd jobs and hones his skills. Eventually, a war breaks out between the humans and the fairy creatures (dwarves, orcs, goblins, and elves). Jack is forced to choose sides, and at this point the story continues on two separate paths, depending on where your alliances lay. Eventually you'll have to save the world for both man- and fairykind, which only makes sense, since genocide isn't exactly a viable theme for a T-rated role-playing game.

The story in Radiata Stories unfolds through several lengthy, in-game cutscenes. Most of these are fully voiced, and the dialogue and character animation is often pretty hilarious. At one point, Jack is trying to convince Ridley to let him help her out, and he says "Your trouble is my bubble... Wait, that doesn't make any sense." There are lots of lines like these, which are funny just because they are such a departure from the intense, forced dialogue in most role-playing games. There are some more serious moments toward the end of the game, but for the most part, Radiata Stories keeps things light. One wacky game mechanic involves kicking pretty much everything in the world. You can walk up to any item and kick it, sometimes revealing treasures. You can even kick a random person in the shins a couple times if you want to--but you'll have a fight on your hands if you do. Sometimes, starting fights with townsfolk can earn you experience and items, but if you challenge the wrong person you'll end up getting whipped. The character design is very animelike, with sinister, androgynous sorcerer types, skinny young girls with bad attitudes, and badass warriors with extremely disproportionate swords. Even the nonplayable characters have distinct personalities, and you'll want to get to know as many people as possible throughout the game.

As you get to know people, you'll make friends. You can then call upon anyone on your friends list to join you in battle. You can take up to three characters into battle at a time, and there are dozens in the game to choose from. Battles take place when you are outside of the town. You can see creatures in your path ahead of time, and usually they are easy to avoid if you don't want to fight. Sometimes though, the creatures will charge you. If you make contact, you'll be drawn into a fight. The fights take place on a large, open field where you can run around hacking and slashing enemies. You'll automatically lock on to the closest enemy, but you can hold that lock-on by tapping the R1 button. Once you have a target, you simply have to hit circle to perform a variety of attacks, which can be strung together to form a combo. You can learn new attacks as you become more proficient with each weapon type, and you can customize the order of attacks. For example, you can assign a quick right slash, a quick left slash, and a sweep for an easy three-hit combo.

With each hit you land, you'll earn volty points, which are displayed in a gauge at the top of the screen. Since there's no magic to speak of in Radiata Stories, special volty attacks are the answer if you're looking for more powerful, flashy attacks. If you have 10 volty points, you can hit square to perform a volty blow. There's a different volty attack for each weapon type, as well as a volty blast attack that you can unleash when your volty gauge is full. These volty blasts are superattacks that automatically hit for big damage.

You can have up to four characters in battle at a time, but all the characters other than Jack are artificial intelligence-controlled. You can't even equip weapons or spells to these characters; that's all handled automatically. What you can do is issue commands on the fly by hitting the L1 button, which brings up a minimenu. Here, you can order characters individually or as a party to do things like defend, attack, recover, or provide support. You can also assign "links" to each direction on the D pad. These links are basically formations that make your characters act as a unit, thus increasing your effectiveness in battle. These links are extremely helpful when launching an attack on an enemy, but you can't use items while linked, so you have to break out of the link to heal your characters. To link up, you need to have at least 10 points on your volty gauge. Each time someone in the link gets hit by an enemy, you'll lose volty points. If the points hit zero, or if someone gets a status effect, the link will break. There are dozens of different link patterns in the game, and while linked you can also learn skills from the people you're linked with. These skills have passive effects, like preventing poison or boosting luck.

The battle system borrows heavily from Star Ocean: Till the End of Time, so if you like that kind of fighting, you'll enjoy Radiata Stories. The button-mashing does get a bit repetitive though, and the targeting system doesn't always work to your benefit. The auto-targeting jumps around from enemy to enemy with no sense of logic to it, so you'll want to use the target lock as often as possible. The battles are also a bit easy at times. Most enemies have long, drawn-out attacks that are easy to spot. You can simply bait an enemy until they attack, then run around the side and beat the crap out of the enemy while they continue attacking. Later on, enemies get quicker and this is harder to do, but you can still find a way to exploit the enemy AI in just about every battle. Some of the boss battles can get pretty difficult, if only because the bosses tend to have several times the number of hit points of any other creatures in the game. As long as you have plenty of healing items and some strong characters in your party, you can just sit back and heal your allies while they do all the dirty work.

The battle fields are pretty flat and plain, but the world beyond the battles is detailed and colorful. Each region of the world has a unique look and feel, and the game is brimming with little touches that really give the game a nice look. From the long shadows cast by the setting sun in the desert to the dead leaves that are kicked up when you run through a shadowy forest, the game looks great. As you travel the countryside, you'll see animals grazing or sleeping in the foreground and background, and you'll see vistas that seem to stretch on forever. The level of detail really makes this game great to look at, from the bizarre creatures to the exaggerated facial animations on the characters. Unfortunately, there are some spots in the game that look flat and washed out, particularly some of the interiors and exteriors of the buildings in the game. These aren't especially ugly, but they do stick out because the rest of the game looks nice and detailed. There's also a day-and-night cycle in the game, but for the most part it's just an effect--it doesn't really bear on the gameplay. Some people won't come out at night and stores will often close, but other than that, the passage of time is simply there to trigger story events. As a result, when you don't know what to do next, you can often just sleep a few times to burn some hours off the clock, and the story will automatically progress. Other than that, there's not much reason to pay attention to what time it is in the game; but the cycle does make the world seem a little more alive than it otherwise might.

The sound contributes a lot to the charm of Radiata Stories. The soundtrack has plenty of upbeat, jazzy tunes to keep you moving along, but there are also plenty of slower, more dramatic tracks, like those found in any other role-playing game. None of the music will get stuck in your head, but you won't want to mute it either. The voice acting is cheesy and over the top, but it fits perfectly with the characters here. There's a lot of spoken dialogue, and although some of the characters sound better than others, there aren't any particularly annoying or offensive voices in the game. The annoying part comes when you get into battle and you hear your characters shout the same battle cry every time they attack, as if you needed to hear "alright!" a hundred times every battle to keep your spirits up.

You can beat the game in about 20 hours, but then you can go back and try the alternate storyline for another six to 10 hours of gameplay. Although Radiata Stories doesn't really bring anything new to the genre, it's still an enjoyable game simply because it delivers the humor that role-playing games so often lack. Whereas your Final Fantasies and Star Oceans play out like an episode of Days of Our Lives, Radiata Stories feels more like an early episode of Saved by the Bell, which is a good thing. 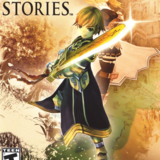