Doomed journeys are often worth taking.

The phrase "race the sun" has a certain fatalistic beauty to it. Pitting yourself against that magnificent, distant star is an act of grandeur and boldness, albeit one founded on futility and a questionable understanding of celestial mechanics. Race the Sun has a similar quality; as you speed toward the horizon in your avian ship, the sun sinks ever lower and the obstacles in your way grow ever more numerous. Sunset or a head-on collision inevitably brings an end to every flight you undertake, but the thrill of flitting past impediments and staying in the race a little longer is alluring. And with shrewd objectives, accessible creation tools, and a clever multiplayer gimmick, Race the Sun offers plenty of enticement to keep striving onward.

Glide right, glide left, or fly straight ahead. These are your only options when you first dare to race the sun. As a swift ship (that also looks like a swift), you automatically speed ahead under solar power. You must maneuver to avoid obstacles and stay out of the long shadows of tall objects, lest your craft lose power and slow to a halt. Yellow pickups give you a temporary speed boost and raise the sun slightly higher in the sky, but that bright orb is always descending, and when it sets beyond the horizon, your run peters out.

The core mechanics are simple and slick; you move with a gliding elegance, barrel-rolling automatically when you drastically change your lateral momentum. A mellow soundtrack and a constant low hum accompany you as you whip across the barren landscape dodging polygonal obstacles. Spheres, blocks, and cones form the rudimentary landscape, and though you can graze or sideswipe an object and still forge ahead (after taking a speed penalty), a solid collision brings your run to an abrupt end. As you progress through regions, the obstacles grow more complex and move about more often, while the soundtrack ups the tempo and starts to exert pressure of its own.

All the while there are blue pickups to grab that give you points and increase your multiplier. These may tempt you to make some bold moves, threading your way through a field of irregular spheres rather than taking a straighter, safer path. More tempting are the aforementioned speed-boosting pickups, since they are essential to prolonging your run. Green pickups give you the ability to jump and avoid obstacles or reach elevated caches of points, while the coveted pink pickup is your "get out of collision free" card. These items are important to grab, but doing so requires that you cover significant lateral ground. Though the patterned environments eventually loop if you travel far enough to one side, they are big enough that you can miss items and alternate paths by staying too straight.

And so you wind your way back and forth, snagging pickups and dodging objects while constantly speeding forward. Race the Sun's difficulty ramps up rather quickly, requiring deft movements and smart terrain scouting and giving you less and less time to react. After you fail numerous times, the challenge set before you may seem too great, but Race the Sun does a few things to avoid causing despair. Every day, the course changes. These are procedurally generated worlds, so while you see plenty of familiar obstacles (like those infernal tunnels), the change of layout freshens things up significantly.

Additionally, you always have three objectives. Some of these can be fulfilled through sheer accumulation, like traveling a certain distance or jumping a certain number of times. Others must be accomplished by skill, like passing two regions without any collisions. Some of the skill-based ones also encourage you to play in a different way. Having to do 20 barrel rolls in one run makes you travel side to side much more frequently, while passing a region using only right turns forces you to look at the environment from an oddly skewed perspective. Accomplishing these missions grants you access to helpful abilities and bestows bonuses that instill a sense of progress, even if you still can't make it past the fourth region on a given day.

But even if you find yourself hitting a progress ceiling, there is a neat way to experience the difficulties that lie ahead. Whenever you finish a run, you are given the option to share a relay point via email, Twitter, or Facebook. This posts a link that lets another Race the Sun player start at the region you ended in with the score you had when you stopped. Every run can be extended into a four-segment relay, which could be passed back and forth between two players or tackled by three or four different individuals. It's a very simple system, but it works a treat. Leapfrogging with other racers can take you deeper into the race than you could otherwise make it, and the system engenders a nice kind of social camaraderie.

The other social component of Race the Sun is fueled by the world creation tools. With these, you can create objects, lay them out on grids, alter the colors of the sky and ground, tweak the vehicle size and speed, and generally craft your own Race the Sun regions. You'll likely need to fiddle and experiment a bit to get the most out of them, but running your own courses and trying courses shared with the online community adds some variety to the package.

And at about $10, Race the Sun is an appealing package. The smooth sensation of flight through the austere landscape is both relaxing and intense, bringing with it the joy of escaping danger and the agony of meeting with disaster. Objectives and relays capitalize on these core mechanics, building out ways to enjoy the game beyond the basic play experience. Race the Sun is compelling in a way that could make it a daily habit, with fresh challenges awaiting every sunrise for those who dare to take flight.

View Comments (55)
Back To Top
8
Great
About GameSpot Reviews 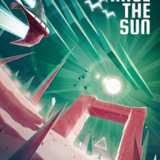 Even though he recognizes the term "endless runner" for the oxymoron it is, Chris Watters still enjoys trying to press onward and outdo his friends in petty leaderboard squabbles. 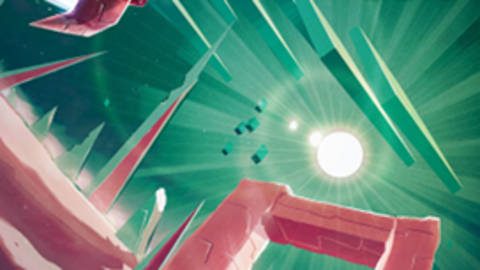 Race the Sun is an intense action game in which you dodge obstacles at high speed while racing towards the ever-setting sun.