Aside from R-Type fans, the casual gamer might find this game too hard and with not enough reward.

Considered by many to be the finest shooter series in existence, R-Types also has the dubious distinction of being one of the hardest family of shooters ever designed - a bold statement, considering the heavy competition back in the days of Salamander, Darius, Gradius, and so on. The thing that separates R-Types eternally from its brethren, is its sheer difficulty, which is not a result of the maddening amounts of gunfire cascading all around, but of your having to memorize exactly where every enemy, shot, and obstacle will appear. There aren't a lot of fireworks in the R-Type world. Just inconceivably difficult level designs.

In ASCII's R-Types collection, you get two classic 16-bit shooters, R-Type and R-Type II. Kindly, both games let you enter as many "coins" as you want, for endless continues, which you'll surely need. Simply getting past the first level is a challenge, and anyone who can witness the end of either of these games can truly consider himself a hard-core gamer. Pixel for pixel, the games are faithful reproductions of the originals, with extra enhancements thrown in for good measure. As usual with the R-Type control setup, there's a rapid-fire button (presumably to save your thumbs) and a single-fire button, which can be held down longer to charge up a power shot. Lastly, there's something called the force button, which lets you summon or release your force ball once you've attained it by destroying the appropriate enemy. The force ball is the great equalizer in R-Types, as it acts as both an independent satellite when released and a partial shield that absorbs enemy shots. Throughout the game are other power-ups that increase your speed, add missile-firing capabilities, power up your force ball, and equip you with shields. Good thing, because you'll need everything you can get. Should you get blown out of the sky (and you will), you won't continue as you would in other shooters. Instead, whenever you die, you must restart from the beginning of whatever section you were playing, making the challenge even harder than usual. This is the true definition of hard-core. For greater success, try playing with a friend.

As far as appearances go, this R-Type collection does no one any favors. It came from the old school and it looks old school. A nicely rendered CG intro aside, this is as basic as you get. Fortunately, there are some additions for the R-Type fan, such as a history chart, ship details, and schematics. There's even a polygonal gallery of all the ships in R-Types.

The downside is that, aside from R-Type fans, the casual gamer might find this game too hard and with not enough reward. For the collector, this is simply OK. Sadly missing is the inclusion of the Super Nintendo classic, Super R-Type. Surely there was enough space on the CD, no? In any case, while thin on the options (Dual-Shock compatibility not withstanding), R-Types offers plenty of gaming time, considering the sheer difficulty. For gamers less enamored of the past, you'll definitely want to rent before you buy. Those very same gamers may want to skip the process entirely and wait, instead, for the upcoming R-Type Delta, to be published by ASCII later this year. 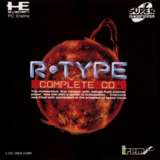 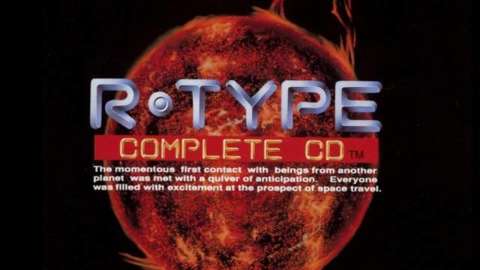