If R-Type must end, at least it's going out on a high note--rest assured that Final lives up to the classic R-Type name in every way.

Shooter fans, we've got sad news for you: R-Type is over. The franchise that defined many gamers' early memories of the side-scrolling shooter genre and that has you piloting a lone spaceship against hundreds of enemies is at last being put out to pasture with the aptly titled R-Type Final. Shooters with 2D gameplay are few enough these days as it is, with only the recent Ikaruga and the upcoming Gradius V to carry the standard. Now, sadly, we can count the struggling shooter lineup one franchise shorter. But if R-Type must end, at least it's going out on a high note--rest assured that Final lives up to the classic R-Type name in every way.

Shooters have never been big on storyline, but at least R-Type bothers to put a name to the waves of enemies: the Bydo Empire. Exactly what the Bydo Empire is has never been clearly established, but in any event, Final casts you as the key player in Operation Last Dance, humanity's last-ditch effort to rid the galaxy of the Bydo for good. You'll power your way through the game's sequence of seven stages (some of which have multiple versions depending on how well you performed during the previous level), and if you can make it through the grueling, nonstop tests of reflex and pinpoint precision, you'll finish the game secure in the knowledge that you sure blew up a whole lot of stuff. Sounds exactly like a shooter, huh?

R-Type Final's mechanics don't differ in a significant way from those of its predecessor, R-Type Delta, or even from those of any of the previous games going all the way back to the original. Your ship starts with two basic attacks: a basic rapid shot and a charge attack that can be powered up to two or three levels, depending on your ship (more on that later). Your first power-up is the force, which is the lynchpin of R-Type's gameplay. The force is a large energy ball that attaches to the front or rear of your ship, and it has three main functions. First, it absorbs enemy attacks, which protects your fragile vessel and charges up your superweapon; second, it can be upgraded with red, blue, and yellow power-ups to enable greater firepower of different varieties; and third, it can be launched directly into the fray to attack enemies on its own. If this arsenal isn't big enough already, you can also gain missile power-ups and two "bit" peripheral weapons that hover near your ship and fire extra shots on their own.

Take this weapons loadout, multiply it by 100, and that's what you've got to work with in R-Type Final. The last game, Delta, gave you a paltry three ships to play with, but Irem has gone way, way further this time around with literally 100 ships that you can unlock. Each ship isn't completely unique; they all mix and match various force types, charge weapons, power-up weapons, missiles, and bit types. Still, their sum behaviors are all different enough that your choice of ship makes a large strategic impact on the gameplay. One force seeks out enemies when you launch it, while another is equipped with tentacles that create some interesting power-up weapon capabilities. Instead of heat-seeking missiles, you can gain depth charges. The charge weapons range from an area-of-effect spherical blast to a bizarre battering-ram sort of melee weapon.

When you start the game, only a handful of ships will be available, but more are unlocked at a rapid clip as you play through the game. In fact, every level or two you'll have access to a new one, and you can even customize the missiles, bit types, and body and canopy colors of the ships you've unlocked. If that weren't enough, the game features various galleries and records of your missions, as well as an AI-controlled battle mode where you can define a slew of combat variables for the ships you've unlocked and then watch them do battle against CPU opponents. This weird sort of automatic spaceship fighting game, along with the massive number of available ships and extensive customization options, should keep you playing R-Type Final for a long time after you actually defeat the last boss.

Finishing the game may take you a while, too. If you've played R-Type before, this goes without saying, but for the uninitiated, a warning: Final is hard on normal and above difficulty settings. We're talking about "throw your controller while swearing loudly" hard. The stages demand lots of repetition so you can learn all of the enemies' attack patterns and figure out exactly which ship to use and what power-ups to get. Thankfully, the difficulty also scales radically downward on the "kids" and "baby" settings, which allows even a novice to blow through the game without too much hassle. Final is geared toward the hardcore shooter fan but can be enjoyed by less devoted players as well.

As the first (and last) R-Type game on the current generation of systems, Final looks as luscious as you'd expect. The levels feature a truly amazing use of color--one level has you piloting underwater beneath an ice floe and has a wonderfully frigid look, while another sends you into an outer space graveyard filled with starship carcasses and is set against the backdrop of an explosive orange nebula. Your ships' weapons are similarly dazzling and varied, as are the enemies. Well...perhaps dazzling isn't the best word to describe the enemies. Most of them are what you'd expect out of a shooter--lots of mechanical menaces, flying robots and ships, and the like. Mostly, you'll be dodging energy bullets and flying metal appendages, but a few of the enemy designs (especially the bosses) are of a rather, let us say, anatomically inspired nature. The nigh-psychedelic last level even features a bizarre silhouetted animation of a man and a woman "embracing" in the background. Japanese shooters have always been known for a degree of eccentricity, but R-Type Final is a little disturbing in its style. But hey, at least it's not boring.

Shooter sound design seems like a no-brainer, but R-Type Final's is great anyway. There are lots of zappy lasers and explosions with a real crack to them--good stuff overall. The music tracks in some stages are a little underwhelming, but in other stages the tracks have an awesome epic quality to them. You may not want to pick up the soundtrack, but Final is nice to listen to all the same.

Fresh Games, the "indie label" arm of Eidos, is bringing R-Type Final to the US market for a mere 30 bones, which is more than a fair price for the amount of white-knuckle gameplay and visual splendor packed into the game. Though it's damn near impossible on the higher difficulties, you can go the easy route and have a pretty laid-back shooting experience too, and the huge amount of unlockable content and the interesting bonus features add up to a lot of value for your gaming buck. It's a shame that Irem has declared the R-Type series finished, but at least R-Type Final is a fitting end. 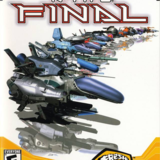 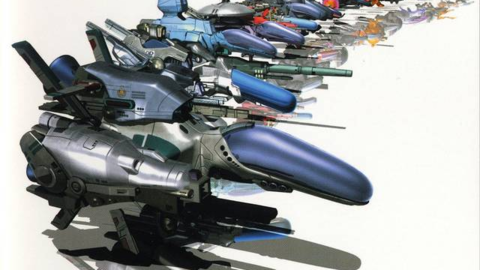 If R-Type must end, at least it's going out on a high note--rest assured that Final lives up to the classic R-Type name in every way.