If there's one PlayStation shooter to own, R-Type Delta is that shooter.

No one can really say what Irem's been doing over the last few years - after the shooter market bottomed out in the early 90s, it's definitely a surprise to see a game from them at all, let alone a game as solid as R-Type Delta. Hopping on the industry classic-games-revival bandwagon, Irem has breathed new life into its genre-defining R-Type series and produced a truly excellent shooter.

R-Type was one of the first shooters to actively employ the concept of strategy in a side-scrolling shooter, primarily through the use of the "Force Unit." As before, the Force Unit is an indestructible satellite that can be strategically mounted on the front or back of your ship, in addition to being launched into remote corners of the screen to deal with enemies before your ship arrives there. Not only is this useful, in many cases it is essential to completing an area and surviving. R-Type Delta has two new ships in addition to the original, each with its own unique satellites and weapons. One ship sports a tracking Force Unit that seeks out enemies when launched, while the other is "anchored" to the ship with a stream of destructive energy. Strategic use of these satellites is essential to the game's completion, and thus each type of Force Unit will require you to employ different attack strategies. In addition to the satellites, you can charge up powerful bolts of energy with which to lash out against the Bydo empire. Each ship's charged weapon is different and has two stages of charge. Finally, you can absorb enemy damage with the Force Unit to build up a use of the Delta Weapon, a graphic spasm of pure destruction. Beyond those basics, R-Type Delta is essentially another side-scrolling, polygonally based shooter in the vein of Einhander or G Darius. Each of the game's seven levels features the requisite midbosses and bosses, multidirectional scrolling, and bullet dodging. Unlike some other shooters, most of this game's difficulty comes from the levels themselves, rather than the bosses. All of the game's bosses have several impressive and inventive attacks, but many die too quickly to really be appreciated. R-Type Delta is a hard game, for sure, but you are rewarded with additional continues the more you play - theoretically, anyone can win this game if they spend enough time with it.

Like all of the recent series updates, R-Type Delta spares no expense in the aesthetics department. The traditionally 2D series has been completely made over in beautiful 3D, sporting the kind of graphical polish one would expect from Square. Each of the game's levels is interestingly detailed and never feels repetitive like many of Einhander's staid levels did. In addition to myriad little graphical touches, R-Type Delta uses tons of effects and transparency to give the game an excellent sci-fi look and feel. The enemies are equally varied, each sporting unique explosions and attacks. Many enemies and bosses are taken right from the original games and modeled in 3D, adding a pleasing nostalgia to the experience for R-Type veterans. R-Type Delta is much more colorful than the traditional PlayStation game, almost to the point of being garish. All of this graphic polish does come at the cost of the game's frame rate, however. The game's speed drops are noticeable but never interfere with gameplay and are even welcome at times. The game's sound is top-notch, scoring the game with a catchy fusion of rock and techno that changes with the game's surroundings. For example, diving underwater in the second stage changes the music to a much mellower, aquatic variation on the stage's theme. Sound effects are somewhat underplayed but still effective. In addition to many new sounds, a number of classic R-Type sound effects are present to take the nostalgia one step further.

If there's one PlayStation shooter to own, R-Type Delta is that shooter. Despite a handful of frustrating parts, R-Type Delta gives shooter fans exceptional gameplay, variety, and replay, in addition to carrying the spirit of the original on in style. 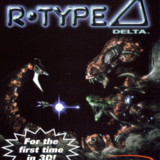 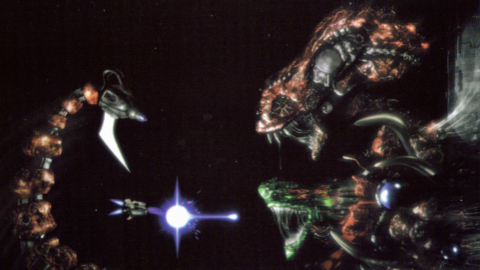 If there's one PlayStation shooter to own, R-Type Delta is that shooter.