If the original Q.U.B.E. was a product of experimental design and unhindered student ambition, Q.U.B.E. 2 is the sophomore follow-up that almost ticks all the right boxes. No longer are you messing with unmalleable puzzle rooms; Q.U.B.E. 2 gives you the tools to have greater flexibility with your solutions and feels more rewarding as a result. It sometimes struggles to shake off the shackles of its deeply rooted narrative limitations, but it’s ultimately a wonderful puzzle game that will often have you exclaiming in joy after solving one of its many riddles.

If you played the original game, it might be surprising to hear that Q.U.B.E. 2 redefines how its puzzles work from the start. As was the case with the first game, the objective in Q.U.B.E 2 is simply about moving forward. You enter a room and need to figure out a solution to either exit it at the other end or interact with a specific object (like a power node that routes energy) to open doors elsewhere. But where Q.U.B.E. had you manipulating different colored blocks in increasingly challenging puzzle rooms, it never gave you agency over their initial placement. Armed with a new set of gauntlets that have pulsating neon energy flowing through them, that small amount of freedom is exactly what Q.U.B.E. 2 bestows on you from the outset.

The options you’re given are still somewhat limited to compensate for this, with only three distinct abilities at your disposal. Red blocks can be extended and retracted at will; blue blocks turn neutral white tiles into springy bouncing boards; and green blocks let you create a cube of matter that you can further manipulate, either by moving them around with other abilities to activate switches or use them as additional steps to reach a higher ledges. You can use a red block, for example, to push a green block in front of it, perhaps into a nearby blue spring block that launches it into the air and onto a switch nearby. Learning how these three mechanics intermingle is gratifying, and the intricate levels laid out in a linear fashion do a good job of showing you just how you’re meant to employ them.

You can’t use these abilities anywhere, though, which starts to resemble the restrictive layout of the first game. Although you have the freedom to paint any neutral white tile to a color of your choosing, there’s still only a finite number of them in any given space. Their placement always feels deliberate, acting as signposts for the eventual solution. Such design can be helpful in latter stages where the scope and size of the space you’re solving in grows to overwhelming levels, but it's somewhat disappointing that you're never given complete freedom to concoct unusual solutions.

Impressively, the puzzles Q.U.B.E. 2 tasks you with solving are complex in makeup and exciting in execution despite this. Each scenario has a unique twist to the trials that came before it, introducing new mechanics and obstacles. Just as you’re comfortable with spawning a cube and getting it from one side of the room to another, an element like arrays of high-powered fans is introduced. These can, for example, allow you to propel cubes at high speeds, or give you a much-needed lift to a previously inaccessible area. Later, elements like slippery oil come into play, as do magnetic tiles, rotatable platforms, and restrictive doorways that require either sheer force or elemental damage (like fire) to bust open.

Just like the three core abilities, Q.U.B.E. 2 introduces each of these auxiliary mechanics in digestible chunks. As you progress rooms will start taking on themes around these new physics, giving you a playground to comfortably experiment with them before zooming out to larger, all encompassing cranial challenges. Light-bulb moments permeate the game from the opening seconds to its riveting conclusion, with only a few puzzles that seem out of place in terms of difficulty. Several patterns emerge over the six hours of puzzling--I found myself always placing a green tile above a blue one to spawn and instantly propel a cube, for example--but their application in new challenges that tax your spacial awareness never really gets stale.

The same can’t be said for the encompassing narrative that Q.U.B.E. 2 presents, which struggles to find a consistent pace. You play as Amelia Cross, a scientist that’s become stranded on the desolate alien cube most of the game plays out in. The story doesn’t rely on knowledge from the previous game but doesn’t seem to build on anything established either. Instead, it plods along from one revelation to the next, in an attempt to slowly piece together the secrets of the entity Amelia finds herself trapped within. Its latter half is then a rush to a conclusion, quickly introducing new story beats through an overload of exposition, and ultimately leading to an uninspired binary choice at the end. It’s a pity, given that the small cast does deliver some powerful voice acting performances, especially in conversations between Amelia and Emma Sutcliffe, a fellow survivor who seems to know more than she lets on.

Q.U.B.E. 2’s world lacks the impact and intrigue of something like Valve’s Portal series but takes some design cues from its breadth of visual design. Basic test chamber-like sequences are quickly pierced with gorgeous outdoor vistas, letting moonlight flood geometric chambers and cold tile spaces. As the story progresses, Amelia is whisked away to more lush territories, where nature has overgrown the structures she's trapped in. Vines choke the life out of walls around you as sunlight bathes the chambers you’re slowly working through, giving the entire experience a distinctly contrasting feel. Q.U.B.E. 2 might have benefitted from a higher framerate to keep up with the action at times, but it’s a consistently pleasing treat on the eyes.

C.U.B.E. 2 makes remarkably clever changes to a formula well established by its predecessor, giving you more agency over puzzle solutions with redefined core mechanics. It means veterans and newcomers alike won’t have to suffer through an overwrought tutorial, with a gentle learning curve effectively nudging you along its growing library of tools. Q.U.B.E. 2 struggles to contextualize its clever puzzles with a narrative as engaging as their solutions, but it’s still one nut that is consistently rewarding to crack. 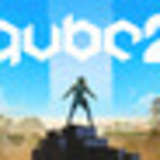 Alessandro rotated, created, and levitated all sorts of colourful blocks over his six hour stay within Q.U.B.E. 2's mysterious alien artifact. A complimentary code was provided by Toxic Games for review. 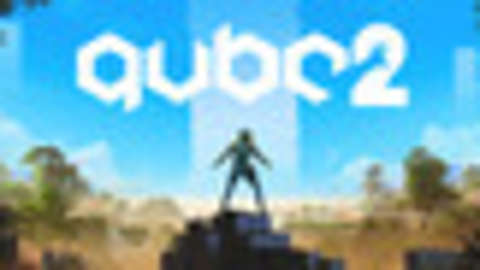 Q.U.B.E. 2 is the sequel to the hit first-person puzzle game Q.U.B.E. You are Amelia Cross, a stranded archaeologist who has awoken among the ruins of an ancient alien landscape. With the distant help of another survivor you must solve the puzzles of this mysterious world and find a way back home.