Dumb enemies, repetitive levels, and downright unappealing looks makes this a theory that's not worth testing.

Quantum Theory is a shooter that evokes strong feelings of deja vu but not for the reasons you might initially think. While there's no denying the game has taken strong visual and gameplay inspiration from the Gears of War series, it's the game's willingness to recycle its own scenarios ad nauseam that really brings about the sense that you've done all of this before. Enter room, take cover behind conveniently placed column or waist-high bench, shoot at dim-witted enemies, go into another room, and do it all again. This is the experience that Quantum Theory provides, making it a dull, derivative, and repetitive shooter in a market crowded with better alternatives.

First impressions count, and the one Quantum Theory overwhelmingly gives is that of a clone of Epic's lauded Xbox 360 (and occasional PC) series. Syd--the game's main character--is a gruff, muscular, no-neck type whose bulky frame and ponderous gait make him a dead ringer for one of the boys in Delta Squad. The game's cover-based mechanics are also familiar, right down to the roadie run-like maneuver that Syd can perform. Even its setting of humans fighting in the ruined beauty of a postapocalyptic world initially echoes that of Gears, although it quickly becomes its own beast once you enter the large tower in which the vast majority of the game takes place. Syd wants to destroy the gigantic tower and stop the diablosis, a dark substance that turns anyone it touches into brutal mutants. Balancing out Syd's overbearing machismo is Filena, a mysterious female companion who also wants to stop the diablosis. Both Syd and Filena have their own reasons for storming the tower, but the game's incomprehensible cutscenes and clunky dialogue (an example from Sid: "Breaking things always works.") make those reasons unfathomable even by the end of the game. Syd and Filena's relationship is supposed to be the emotional heart of Quantum Theory, but the game's poor storytelling makes it tough to care about either of them.

Not only does the narrative make it tough to get enthusiastic about Quantum Theory, but the gameplay also fails to generate much excitement. To its credit, the game gets the basics of its cover-based stop-and-pop shooting down pat, with Syd moving from cover to cover smoothly. Shooting is also solid, and Syd has a good variety of weapons to choose from, although most of them are clones of basic shooter archetypes (shotguns, grenade launchers, rifles, and more). But things start to go south as soon as you have to actually start shooting at enemies. The foes in Quantum Theory rarely use the vast amounts of cover available in most areas, exhibit little strategic thought (such as flanking or trying to flush you out), and seem content to let you take potshots at their heads without taking any evasive action. They even end up harming themselves on occasion--grenade-launcher-wielding enemies, for example, will mindlessly fire even when they're well within the blast radius of their own weapons. Quantum Theory's baddies are just plain dumb, and there's little fun to be had in picking off these simpletons.

The game's levels exhibit just as little complexity as the creatures that inhabit them. Far too much of the game involves entering a room with plenty of cover, clearing out the enemies within to unlock the next door, and moving into another room to repeat the process. There are a few instances of respite from this--on-rails sequences where you're on the back of a gigantic flying slug, for example, or when you're precariously navigating the outside of the tower--but these sections are never that much fun. For the most part, the feeling that you're doing the same thing over again is hard to shake. Quantum Theory does try to add variety in other ways. There's some light platforming elements to be found where Syd has to jump from place to place. The penalty for missing a jump is usually instant death, and it feels particularly cheap here because the controls are such that you never feel like you've got a good grasp of the normally lumbering Syd when it's time to get acrobatic. Filena also becomes a weapon for you to use. As well as being an able AI companion, Syd can pick up and throw Filena directly at enemies to cause instant kills with standard foes or weaken large bosses. It's an interesting addition because throwing Filena can also be a good way to distract enemies, but with the girl missing from your side for about half of the game, it's an addition that never feels fully utilized.

The only time Quantum Theory elicits genuine thrills is in sequences where the tower--which itself is infected by the diablosis--changes its own shape. Floors and structures you can take cover behind lower, rise, or disappear completely, forcing you to think and act quickly to find new defensible positions. Unfortunately, these sequences don't occur until late in the game, nor do they happen often enough to lift the miasma of sameness that permeates the rest of Quantum Theory.

Once you plow through the eight hours or so that it'll take to complete the game's single-player campaign, Quantum Theory features online multiplayer, although what's on offer is fairly basic. These matches are generally fun, given that the human opponents you're facing are miles more challenging and interesting than the AI foes you find in single-player. But with only a bare-bones feature list--there are only three game modes (Deathmatch, Team Deathmatch, and a Protect-the-VIP variant) for up to eight players, and there are only five maps from which to choose--multiplayer won't hold your interest for long. Games during testing ran smoothly, although finding enough people to start matches was tough.

Compounding Quantum Theory's sense of repetitiveness is the game's looks. The textures here are ill defined and bland, making a lot of the game's environments look like they're covered in various shades of dried, dark mud. This makes everything look the same and makes it hard to identify any standout features from one area to the next. Enemy models are similarly indistinct, and even the central character of Syd suffers because no matter what angle you view him from, it's hard to make out any detail in his armor. Audio fares a little better--Syd's weapons all sound like they're serious death dealers, and the game's orchestral soundtrack adds appropriate gravitas to key moments (without being particularly memorable).

Quantum Theory may evoke the look and style of the Gears series, but that in itself isn't a negative as originality really isn't a requirement for most games. What is required is fun, and with dumb AI, extremely repetitive levels, and cheap deaths, Quantum Theory falls far short of the minimum. 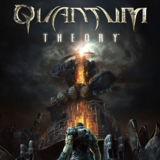 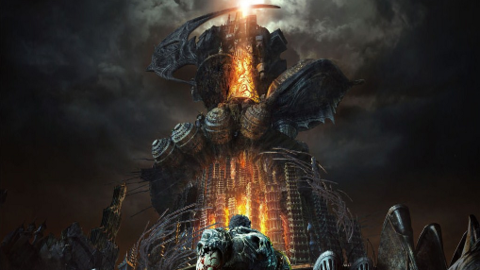 Experience the adventures of Syd and Fillena as you scale the Living Tower in an attempt to destroy it.