After generating more hype than any unreleased game in history, Quake is finally here. And it makes good on its promise, big time. With no compromises, no excuses, and no bull, Quake delivers an edge-of-the-seat adrenaline rush that begins the moment you set foot in its darkened halls.

If it sounds like I'm gushing about this game, I am. Quake is a masterpiece on every level, with its ominous atmosphere, silky-smooth animation, incredibly well-balanced gameplay and level design, and unparalleled soundtrack. Once again, the team at id Software has created a no-apologies, ultra-violent gorefest sure to be the new battleground of choice for single and multi-player combatants worldwide.

The most important distinction between Quake and the drove of first-person action games currently available is that it's set in a true 3-D world. Compared to other titles, Quake's enemies and objects have an entirely new level of depth to them - you can view any game element from any angle with consistently smooth and realistic results. The architecture of the levels is much more sophisticated than it is in competing titles; so are the real-time animations, which include such effects as explosion particles flying in every direction and enormous, spike-like objects shooting out from hidden compartments. The true 3-D environment also allows totally new attack strategies, like bouncing a grenade off a wall in order to blast an opponent skulking around the corner.

In Quake, you can attack (or be attacked) from almost any angle or altitude. But gone are the days of merely pointing your gun in the general direction of your enemies and blazing away; if you want to hit something, you're going to have to aim your weapon carefully. That's not as easy as it sounds, because the Quake interface breaks rank with the standard control set of previous id software titles. The new system takes some getting used to, but once learned, provides an unmatched level of control.

A three-button mouse is almost a must, since it allows you to simultaneously move, turn, and fire in any direction. Although it's possible to play with the keyboard or a game pad, most players will find that in underwater and Deathmatch situations, only the mouse will ensure mastery over both the environment and unruly opponents.

And speaking of unruly opponents, there's only one way to deal with them: violently. Quake sports a wicked complement of weapons--grenade and rocket launchers, shotguns, lightning guns, and a nailgun that's so fun to fire I ran out of ammo just shooting it at the walls. (Note to beginning players: Don't shoot at the walls and run out of ammo until ALL of the monsters are dead.)

A host of power-ups are also hidden throughout the game, and collecting them can instantly shift the balance of power both in single and multiplayer battles. These items include the Circle of Protection, which gives you 666 hit points, enough to go toe-to-toe with just about anyone; the Ring of Shadows, which makes you invisible (except for the two glowing eyeballs your enemies can spot floating in space); and Quake Power, a true humdinger that dramatically increases the damage levels of all your weaponry (you can open up a family-size can of whoop-ass on anyone once you've collected this icon).

All this is backed by graphics that are awesome in their own right. The creatures that fill the game's four worlds and 28 levels are, as you might expect, sick, twisted, and perverse. The visceral effect of the bloody grimaces and entropic bioforms is intensified by animation that's unusually smooth and utterly convincing. The first time I was attacked by a hook-wielding enemy, I actually dropped the mouse and backed away from the computer. (Second note for beginning players: Don't drop the mouse and back away from the computer until ALL of the monsters are dead...)

The graphics are perfectly complemented by sound effects and ambient tunes from the darker regions of Trent Reznor's musical mind. Simply put, this is the best soundtrack ever created for a computer game. Reznor's eerie sounds and unsettling background music push Quake's already dark and creepy atmosphere into the realm of pure evil.

Yes, "kill, and keep on killing" is clearly the message here, and with Quake's 28 artfully balanced multiplayer maps, it's a hard message to resist. I spent two days playing against Quake's design team in Deathmatch mode (third note for beginning players: Don't EVER play Quake's designers in Deathmatch mode), and the experience was truly unforgettable. Quake's designers have created Deathmatch environments that reward skill rather than luck, and are filled with nooks and crannies and other lovely places to hide while you wait for the unwitting opponent to stroll by. And if merely killing your opponents isn't enough (and for the guys at id, it apparently isn't), Quake includes a set of extremely debasing death messages - "Player 1 sucks down Player 2's rocket," for example - along with an easy-to-use chat system that enables you to add a few custom pokes of your own.

Much more could be said of Quake, but I'll leave the rest for you to discover. The hype surounding this game has been almost unbearable, but in the end, Quake deserves every bit of advance - and until now, unverifiable - praise it has received. If you're into action games, and even if you're not, you should be playing Quake right now - it's as good as PC gaming gets. 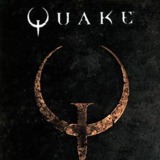 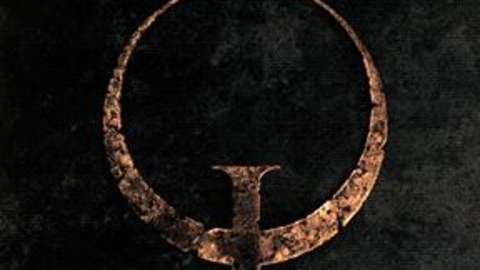