Hold me, thrill me, push me, pull me.

I always love it when a game has a limited range of incredibly simple mechanics that you grasp immediately, but that you find allow for lots of complexity once you actually start putting those mechanics to use. You see this in great recent action games like Nidhogg, Samurai Gunn, and Towerfall. And in a very different way, you see it in Pushmo World. This is a puzzle game that initially pulls you in with its simple gameplay and tranquil tone, but keeps you absorbed with spatial puzzles that have a pleasingly tactile feel and sometimes require a level of focus that has you forgetting about your worldly troubles. Pushmo World doesn't do much that Pushmo didn't do already, and it's not as natural a fit for a console as it is for a handheld, but it's still a reliably good puzzle game that gives you more of what made the original Pushmo a success.

As in the original 3DS game, you play as Mallo, a character who looks like a marshmallowy, sumo-wrestling cat, but who never demonstrates either the agility we normally associate with felines or the strength in physical combat that we associate with sumo wrestlers. Instead, Mallo rescues babies who have somehow gotten trapped in the puzzles (called "pushmo") that the aptly named Pushmo Park is filled with. The parents of the region clearly need some guidance in how to prevent their poor infants from becoming enclosed in these puzzles, but until that happens, Mallo is there to come to the rescue.

It wouldn't surprise me if, in his heart of hearts, Mallo is glad that the babies in the area are again in need of rescue just so he has an excuse to solve those puzzles. But alas, the deeper realms of Mallo's psyche will have to be explored only in Pushmo fan fiction--the focus here, thankfully, is entirely on the puzzles themselves. Each pushmo starts out as a flat, colorful mural of sorts, made up of separate panels, and you manipulate the puzzles by pushing and pulling on those panels.

Your goal in each pushmo is to reach the baby atop one of the panels, and pushing, pulling, walking and taking short leaps are your only means of interacting directly with the puzzles. Reaching the baby at the summit can be quite challenging, requiring you to concentrate on understanding the puzzle in three-dimensional space, and it's the way that the puzzles take hold in your brain as tangible, three-dimensional objects that you can manipulate in easily understandable ways that makes these puzzles absorbing. It's relaxing to focus so intently on the pushmo, and there's a pleasant sense of progress as you find yourself getting a better grasp on the logic required to solve some of them.

This isn't to say that the game becomes easy, though; as you progress, puzzles become larger and more intricate, requiring more steps to solve. And they introduce gadgets like colored manholes (hop in a manhole of a certain color here and you'll pop out of the corresponding manhole elsewhere on the puzzle) and switches that, when stepped on, make panels of a particular color pop out or retract.

Pushmo World becomes quite challenging, but it's hard to pull yourself away because you know that the solution is right in front of you, that all you have to do is push and pull the panels in the right order to make your way to the top. How hard can it be? Pushmo World eases you into its challenge with a training area that introduces you to new concepts as they arise, and it lets you skip any puzzles that just aren't clicking for you. Pushmo World is the sort of game in which sometimes, if you come back to a puzzle that previously stumped you with fresh eyes, the solution is so apparent, you wonder how you didn't see it before.

You can also create your own pushmo using the easy and intuitive editor and send them to other players as QR codes, as well as visit the Pushmo World Fair to play pushmo created by other players, though this feature wasn't available to test during the writing of this review. Given the importance of spatial awareness in solving pushmo, the 3D capabilities of the 3DS made it a particularly good fit for these puzzles, and hunkering down in your living room with a console to play a puzzle or two doesn't feel quite as breezy as playing them on the go, so Pushmo World isn't quite the revelation on Wii U that Pushmo was on the 3DS. But the logic of these colorful puzzles is still as satisfying as ever. 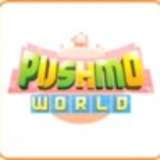 Carolyn loves a good contemplative puzzle game, with the Picross series in particular having kept her happily occupied for many, many hours. 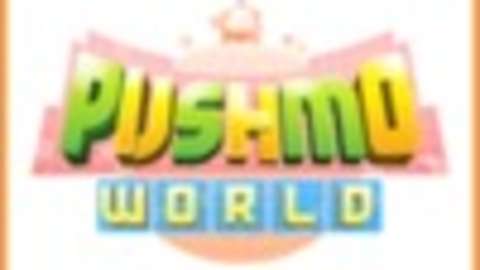