Video pinball games usually pick one of two paths. On one hand, you have games that try to take pinball in a direction that a real-life table couldn't handle, usually by adding elaborate video modes, moving characters on the playfield, and other unrealistic features. The other school is devoted to creating new, realistic pinball machines that can only be played on a video screen, but could probably be created in real life, as well. Pure Pinball follows the path of this second group, providing four different tables that could probably exist as actual pinball machines. However, the early-90s feel of the table designs gets a little stale after a few hours of play.

The four pinball machines in Pure Pinball are all pretty similar. They have large loops, some side flippers here and there, and the ability to work ramps and loops together for combo bonuses. You'll also find modes on the tables, but once you start a mode, the game doesn't really give you a clear picture of what, exactly, earning points in that mode entails. Better use of the dot matrix display--which shows your score and a few other informative details--would have helped here. Instead, you need to keep an eye on the flashing lights on the table itself to figure out where to aim. However, most of the game's usable camera angles are pulled back so far that you won't actually be able to read any of the table's indicators. Once you learn the ins and outs of every table, this isn't a problem, but it definitely adds a level of frustration to its learning curve.

Of the four tables, Runaway Train is probably the most complex, offering a sunken playfield and a captive ball, as well as modes, ramps, and all the other bells and whistles. Excessive Speed, World War, and Hyper Space all have different themes and different object placement, but they all feel functionally similar. The likeness of the four tables shortens the game's overall life span and gives it a pretty generic feel, but the tables do stick to their early-90s design aesthetic well. All the tables are fun, but none of them match the classic machines of the 80s and 90s, like High Speed, Pinbot, or Black Knight.

When it comes to successfully mimicking pinball, good physics modeling is the key. With regard to ball movement and how the ball reacts when it hits off the various surfaces on a table, Pure Pinball does a fantastic job. Even ball-on-ball collisions in multiball respond as they should. Your ability to nudge the ball around, however, isn't very good. You'll tilt the machine after only a few good bumps, and each bump isn't enough to really get the ball moving around. Don't expect to be able to perform a death save with the game's relatively weak nudges.

Graphically, Pure Pinball does a fine job of replicating the pinball experience. The tables are bright and colorful, and each table has a large dot matrix display that mimics the larger, more colorful displays that became commonplace in the mid-90s. The tables also properly render the glass that covers the pinball machine, making for some nice reflection effects. The game offers many different camera angles, which you can scroll through at any time using two buttons on the controller. The zoomed-in, low angles look pretty cool and dramatic, but they aren't very usable. Most of the more usable angles pull the action back a bit and present the table from either an isometric or a top-down view. A top-down view that doesn't scroll so much would have been a nice addition here, as the fast scrolling can get a little disorienting.

Pure Pinball generally sounds like a pinball machine should sound, though some of the effects for the ball hitting off of solid objects don't sound terribly realistic. Each table has its own sound effects and music, which match the themes of the tables pretty well. Each table also has its own announcer, though for a game that claims right on its cover to be "American pinball reborn," the announcers' decidedly European accents seem a little out of place.

Rounding out the package is Xbox Live scoreboard support, which lets you compare your scores with other players. This is a nice feature for a pinball game, and it adds a competitive reason to keep going back to the four tables.

Overall, Pure Pinball is a competent, budget-priced pinball simulation for the Xbox. The four tables aren't the greatest tables in the world, and the camera angles and presentation could use a little work, but the solid ball physics go a long way. If you're a fan of video pinball, Pure Pinball has what you need. 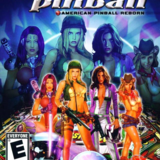 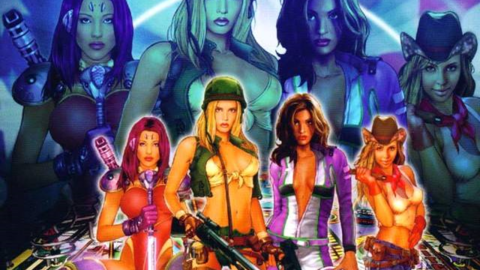