Punch-Out for the Wii isn't much different from the NES version, but it hardly matters when it's this much fun.

Consider all the video game advances that have taken place since the first Punch-Out was released over 20 years ago. You might think that going back to the pattern-based brawls would feel archaic in the modern era, that punching King Hippo in his fat belly would lose its charm and that Doc Louis would just seem like a chocolate-obsessed crazy. Except for that last part, you would be wrong. Although the Wii version of Punch-Out plays almost identically to the NES original, the formula is still as intense, addictive, and fun as it ever was. The roster is mostly composed of fighters from the earlier games, but they are as exhilarating to fight now as they were the first time and come with a number of new moves and techniques that will flummox even the more hardened Punch-Out veterans. Some missteps with the balance board aside, this is a great update to the classic franchise.

The structure is the same as it was in the very first Punch-Out. You play as Little Mac, a scrawny 17-year-old from the Bronx. He's 5 feet 7 inches tall, 107 pounds sopping wet, and doesn't seem like he should be legally allowed to enter a ring. Your opponents are gargantuan monsters, towering over you as they try to pummel you with powerful punches. There are 13 boxers in the game, and most of them have been pulled from the NES original. You get to rekindle your rivalries with Great Tiger, Soda Popinski, and Bald Bull, among other favorites, and though they reuse many of their vintage moves (watch out for Bald Bull's terrifying charge attack), your opponents are still fun to fight against, and have enough new tricks to keep you on your toes. There are also a couple of boxers borrowed from Super Punch-Out. Aran Ryan is a crazed Irishman who has no qualms about using his head to attack, and Bear Hugger is a 400-pound Canadian with a love for maple syrup and tiny woodland rodents. The lone new challenger is Disco Kid. He doesn't have the charm of the returning entrants, but his flashy style makes him fun to pop.

The combat will evoke a sense of deja vu for anyone who has played a previous entry in the series. The two boxers stand facing each other with no opportunity to circle around, jockey for position, or perform other such maneuvers typical of the actual sport. Instead, you focus on dodging and countering, using fast reflexes and a sharp memory to lay your foe on the mat. Although your towering opponents are far stronger than you could ever be, they aren't the sharpest tools in the shed and will happily telegraph all of their punches. Don Flamenco will flash red before he swoops in with a punishing right uppercut; Bear Hugger will yell "Catch and release!" before trying to crush you with his massive frame; and Great Tiger's turban will flash before he jabs at your head. Before they take your head off, you have to dodge or duck out of the way and then counterattack when they are stunned.

The formula is exceedingly simple but eminently engaging. Winning matches is not just a matter of memorizing your opponent's attacks, though that is still a large part of your success. Boxers will mix up moves during the course of a match, changing their timing or chaining a few punches together, so you must constantly adapt or you will wind up with an ugly black eye and one more loss on your record. You could win by just dodging every punch and landing healthy counters, but there's no honor in a victory without style. Every boxer has various weak points, and if you hit your opponent at the perfect time, you earn a bonus. For instance, when Disco Kid strikes a taunting pose, you can pop him in the mouth to earn a star punch. This leaping uppercut can rattle your opponent's spine, and saving up a few of these powerful blows for one big wallop is a blast. Most of your opponents can also be knocked down with one well-timed punch, and trying to figure out the opportune time to unleash the fury is challenging and rewarding.

Anyone who is familiar with the Punch-Out series will be able to blow through the 13 challengers with little effort. It's after you hoist the championship belt that things really pick up. Once you're crowned champion, you have to defend your title, and facing off against boxers that you already defeated is a lot more difficult than you would initially imagine. The scorned fighters are angry that they were so thoroughly embarrassed by your tiny hands and have spent their free moments devising plans to counter your cruel wrath. Glass Joe, for instance, identifies that he has a rather weak chin, so he enters the ring with a protective helmet, forcing you to take him out with body blows. He also has become significantly stronger, learned a few new punches, and changed the timing on all his old moves. The sad fact is that you will lose to Glass Joe, for maybe the first time in your life, until you find and exploit weaknesses that will take you to the next round. The second matchups against your defeated rivals are refreshing and challenging, conjuring the old joy that made initially figuring out these classic boxers rewarding so many years ago.

For the first time in the Punch-Out series, there is a two-player mode, and though it isn't quite as amazing as the single-player competition, it is utterly bizarre and offers some ridiculous fun. Two Little Macs square off against each other, using the same dodges and punches from the single-player tournament. When you land enough blows, you transform into the oversized Giga Mac. The person in control of the hulking monster gets to feel what it's like to maneuver one of the single-player opponents. You can no longer dodge attacks. Rather, you unleash furious punches or, if there's an opening, taunt Little Mac to earn a star. What this mode lacks in depth it makes up for in excitement. Squaring off against your friend when he's a rippling beast is intense and chaotic, so the matches are filled with yelps of joy and disappointment.

Further adding to the replay value are challenges for every boxer. If you face off against them in Exhibition mode after defeating them in a championship bout, there are three challenges you can meet to earn unlockable goodies. Some of them are fairly easy to earn, such as landing every punch against Piston Hondo, but many of them are much more difficult. Can you find five different ways to earn a star against Bear Hugger? Or defeat Von Kaiser with only five punches? The challenges can be difficult but rewarding, forcing you to try new strategies to defeat your opponent. The visuals are also awesome. The cartoony look of the original Punch-Out has been updated in impressive fashion, giving the game a lot of personality. From King Hippo's rotund face to Bear Hugger's adorable furry friend, the charming visuals add a lot to the experience.

Like most Wii games, there are a number of control options, but only one is ideal. You have four different choices: the Wii Remote turned on its side NES style, the remote combined with the nunchuk, and either the remote or the nunchuk in combination with the balance board. The Wii Remote by its lonesome is the best method, because the precision needed against the overbearing enemies is perfectly suited for digital controls. When you use the nunchuk, you must swing your arms to punch. Although this works well enough, it can be tiring after a while and lacks the perfect timing of its digital counterpart. It's when you use the balance board that things fall apart, because it doesn't work right. You use it to dodge and duck, but it doesn't always register your movements. Sometimes you'll try to sway left and Little Mac either won't respond at all or will sway right instead. It's maddening and pointless, but given that it's purely optional, you won't have to worry about it sapping the fun.

Punch-Out is a great update to the classic boxing franchise. Although it is largely the same game that it was more than 20 years ago, it's still fun and charming. The fights are still so intense and rewarding that you'll want to see all the different tricks the boxers have up their sleeves. The silly visuals exude charm and offer a few laugh-out-loud moments. Even the two-player mode, which is utterly ridiculous, is fun, letting you gleefully bash your buddy. The motion controls are too tiring and the balance board support is a mess, but everything else about this game is pure entertainment. 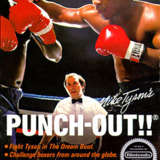 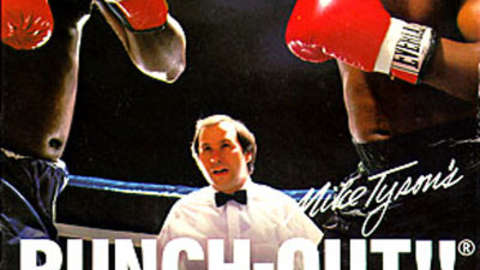