Pump It Up: Exceed Review

In Andamiro's Pump It Up: Exceed, the first US home edition of a popular Korean dancing series, we're presented with a good alternative to DDR.

Dance Dance Revolution has long been the de facto standard for home and arcade dancing games. Many imitators have combined dance mats and music videos without attaining the same level of quality. In Andamiro's Pump It Up: Exceed, the first US home edition of a popular Korean dancing series, we're finally presented with a good alternative to DDR.

Pump It Up has been in Korean arcades since 1998, so it has evolved parallel to Dance Dance Revolution. The two products are similar in design. You watch music videos and perform intricate dance steps, as prompted by arrows scrolling from the bottom of the screen. Some steps are held, as indicated by special onscreen arrows. When two arrows appear simultaneously, a jump is necessary. The two franchises differ most noticeably in their input devices.

The developers behind every dancing game imitator often feel the need to differentiate their product by arbitrarily changing the dance pad layout. Pump It Up's bundled mat is the first variation on DDR's enlarged directional pad design that can be considered an actual improvement. Pump It Up's arrows are set on diagonals, making them easier to reach. In DDR, jumps with both vertical arrows set your body perpendicular to the screen--kind of an awkward pose. The diagonal jumps of Pump It Up don't force you to crane you neck to continue viewing the screen.

Additionally, Pump It Up uses a yellow center button, which simply serves as a fifth "arrow." In total, this allows for 10 additional steps and makes Pump It Up at least one degree more complex than its competitor. The inclusion of a middle button is a no-brainer that makes for new choreographic possibilities. Now, the expressive potential of your dancing is unlimited...or something. In terms of responsiveness and feel, the PIU mat is equivalent to the thin third-party mats made for DDR games.

The higher levels of difficulty in Pump It Up are just insane, partially due to the inclusion of the fifth button. Each song has several levels on which it can be played, and each is assigned a difficulty ranking from one to 20. Some songs offer freestyle settings, which can be played with only two mats. If you're a DDR veteran, you'll find plenty of challenge in Pump It Up. Regardless of difficulty level, the songs are well stepped.

Pump It Up's packaging proudly proclaims that it includes "everything from recent Grammy nominees The Crystal Method and Steriogram to old-school rap masters Sugarhill Gang." Predictably, these are the most recognizable pieces in the game. Most of the music you'll encounter is techno, trance, or house, although Pump It Up includes lots of Korean pop hits and--strangely enough--happy hardcore remixes of classical music. Man, are we ever sick of hearing everyone bite on Vivaldi. Anyway, there's also an entire channel dedicated to Pump It Up's producer of choice, Banya. Tracks of his, like "X-Treme," are some of the most fun and danceable in the game.

Most of the songs are accompanied by music videos that, while entertaining, don't really correspond to the music. Steriogram's "Walkie Talkie Man" is one of the few exceptions. You'll dance to the New Zealand melodic rockers' actual music video, as seen on TV. A dancing game's visuals are always more important for bystanders than for the people dancing. Seeing random anime chicklets bounce rhythmically isn't the worst thing, either; it just doesn't always make contextual sense.

Pump It Up has two main modes: home and arcade. These are essentially identical, except that the home mode is much more forgiving. You can screw up all you want in the home setting, and your only punishment will be a poor mark. In arcade mode, you'll quickly see the game-over screen if you miss too many steps. However, clearing songs in arcade mode opens them up in home mode, so you're sort of forced to brave the higher level of difficulty. Consecutively clear four songs in arcade mode, and you'll be given a code that can be entered online in exchange for a scoreboard ranking.

We would have liked to see online multiplayer, especially in the Xbox version of the game. Instead, all you'll get is downloadable songs. Since the PS2 version of the game features "101 thumping tunes" from the get-go, as opposed to the Xbox's "97 thumping tunes," these downloadable songs are of questionable value. A difference of four songs isn't a big deal, but this still seems lame.

Dancing games aren't necessarily in vogue these days, but they still make great party games (although the $60 PIU bundle includes only one pad). Whether you're a DDR veteran looking for a new challenge, or a rhythm action newcomer, late to the party, Pump It Up: Exceed might prove to be an appealing package. 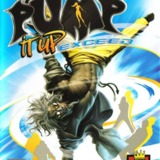 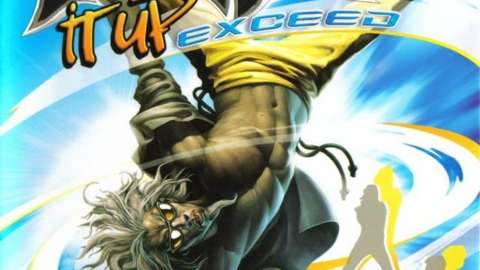 Pump It Up: Exceed

Mastiff Games brings the popular dance pad arcade game Pump It Up to consoles with Pump It Up: Exceed. There are more than 100 songs to choose from and five levels of difficulty.