Even after playing the game all the way through a handful of times, I still couldn't tell you what 80% of the main plot was about.

The interactive movie is still an undefined animal in its early evolutionary stages, based on a vague vision shared by filmmakers and game developers. The concept that the viewer can make choices that will instantaneously affect the outcome of a motion picture is compelling. However, even with new strides in compression technology, the computer isn't an ideal film or video-playback machine, just as the VCR and film projector aren't adequate as computing devices that keep track of your input and choose appropriate movie clips to string together. So for the time being, innovative projects like Psychic Detective are as close we get to the dream of a true interactive cinematic experience.

Together with noted animation and production house Colossal Pictures of MTV's Liquid Television and Aeon Flux fame, Electronic Arts has assembled a valiant but jumbled effort with this campy supernatural thriller. The whole movie-game is filmed from the first-person perspective, so be prepared for lots of jerky camera movements and in-your-face conversations. You can use your psychic powers to jump into the heads of other characters and see through their eyes, or you can keep your point of view and try to control others' minds by "throwing" mood suggestions such as aggression, affection, or submission.

At first glance, Psychic Detective appears to be a highly approachable game with film-like qualities that draw you into its rich storyline. Upon closer observation, though, the game plays like a number of miniature plot lines mashed together with no unifying thread. I found myself opting not to interact, just so I could attempt to have a congruous experience from one person's point of view. If you play the game the way you're intended to—mind-hopping, psyche-reading, and emotion-throwing--it is a triple CD set of visual impressions that travels liberally through multiple perspectives, times, and settings resulting in a mysterious combination of clips that only a real detective could unravel. Even after playing the game all the way through a handful of times, I still couldn't tell you what 80% of the main plot was about.

Methinks that Hollywood has a very different idea of what an interactive movie should look and feel like. Psychic Detective has too many story branches and mind-hopping options for its own good. Instead of being like a good movie enhanced by interactivity, Psychic Detective is a more like a movie (I still couldn't tell you if it's a good one or not) clouded with interactive options that eventually detract from the project. 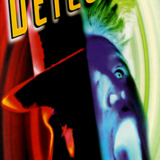 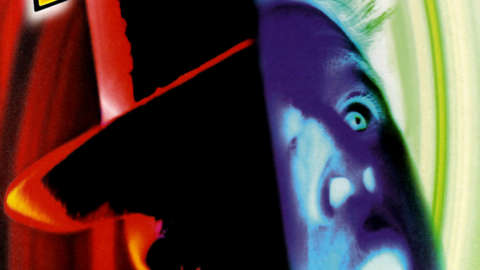 Even after playing the game all the way through a handful of times, I still couldn't tell you what 80% of the main plot was about.