Younger players are more likely to enjoy the simplistic and predictable gameplay that Pryzm offers.

Pryzm Chapter One: The Dark Unicorn is an action game that won't win any awards for technical merits or originality. The story line centers on a young unicorn, Pryzm, who sets out to stop a deadly plague that has mutated the majority of the land's creatures. A neighboring race, the trolls, believes that the unicorns are the source of the plague, so they send a representative named Karrock to accompany Pryzm on her quest. The game itself is pretty straightforward and best suited for younger audiences.

The pair forms a partnership that manifests itself in the actual gameplay. Pryzm can run, hover, and cast horn magic. Karrock, who sits atop her back, can attack in eight directions with his staff, as well as cast magic of his own. The twist here is that you control both characters at the same time, using the two analog sticks and various controller buttons to perform their unique actions.

Unfortunately, Pryzm's dual control is the only bright point in an otherwise dull game. Most of the quest involves battling monsters that are tethered to plague plants and then healing the plants by beating them senseless. You can combine Pryzm and Karrock's magic attacks in order to trigger a massive explosion, although this is necessary only against bosses. Once in a while, a platform-jumping puzzle or some other sort of obstacle requires interaction with the environment, but not to the extent that you'd confuse Pryzm with more intricate adventure games, such as Tomb Raider or Soul Reaver.

The developers tried to liven things up by varying the effects of Pryzm and Karrock's magic depending on which land they're in, an adjustment that adds no strategy whatsoever to gameplay since one attack is always stronger than the other--and thus will be consistently relied upon. There are four worlds, 16 stages, and five boss characters, but the lack of any significant variety over the course of the game makes it all seem like just one huge, tedious battle.

Pryzm's visuals are adequate. The environments are large and colorful, but they're also full of the fogging and draw-in issues typically associated with Nintendo 64 and PlayStation games. Although the character models are crisp and fluid, their actual designs are so generic that it is often difficult to discern friend from foe, except when they're attached to a plague plant. A few touches, like waterfalls and bubbling lava pits, offer brief moments of splendor, but not enough to make a lasting impression.

The audio, on the other hand, is unconditionally good. The music is soft and full of distant drums, which fits the fantasy setting well, while the sound effects are full of variety and suitably convey every attack. In between each level, a fair amount of voice acting advances the plot. This aspect especially will delight younger players, as the dialogue between the talking unicorns and trolls is basic and lighthearted.

Pryzm is rated T for Teen due to an abundance of animated violence. Nevertheless, the main character is a unicorn and her enemies are ogres and plants, so this rating should be taken with a grain of salt. Younger players are more likely to enjoy the simplistic and predictable gameplay than older players. For anyone above the age of 12, Pryzm Chapter One: The Dark Unicorn is quite forgettable. 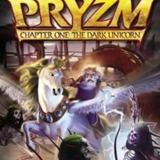 Pryzm Chapter One: The Dark Unicorn
Follow
$8.99 on Walmart
Buy 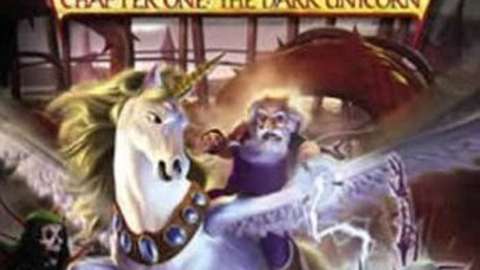 Pryzm Chapter One: The Dark Unicorn

Younger players are more likely to enjoy the simplistic and predictable gameplay that Pryzm offers.

4.6
Sign In to rate Pryzm Chapter One: The Dark Unicorn