Destruction is at your fingertips in Prototype 2, and you don't have to work hard to conjure unbelievable chaos. Through streamlined controls, nonexistent difficulty, and a bevy of impressive-looking attacks, Prototype 2 transports you to a consequence-free world in which you can happily cleave soldiers and smash helicopters to your heart's content. This relentless accessibility is Prototype 2's biggest strength and weakness. With nary a moment of genuine challenge to be found, you sprint from one entertaining event to another, laughing at the delightful absurdity of it all. But without any barriers to overcome, there's little sense of accomplishment. Prototype 2 isn't the slightest bit novel, but it's so utterly ridiculous that it's hard to wipe that mischievous smile from your face.

In contrast to the devil-may-care attitude showcased in the majority of the adventure, the story does take itself seriously. A military force has quarantined a major metropolis under the guise of protecting citizens from a viral outbreak, but their occupancy is far from altruistic. In reality, they are conducting bioweapon research, and the people are just unlucky cattle being led to slaughter. It's a morbid situation that makes it satisfying to kill your opposition--defense contractor Blackwatch--as you hunt down the higher-ups who ordered this atrocity.

The initial rush you feel when the central plot comes into focus dissipates as you learn more about the conspiracy. Evil stereotypes permeate the cast of characters, but even though there's proper motivation to murder them all, you rarely feel as if you understand whom you're tracking down. Scenes of redemption toward the end of the story breathe life into some of these individuals, but by that point you won't even care what happens to the villains. While character development is lacking, the storytelling is interesting. Most of the dirty details surface when you consume certain people, and the flashes of memory piece together a terrifying puzzle about the inner machinations of power-obsessed heretics who rarely question their horrific actions.

Dialogue-rich sequences explain your objectives before each mission. Plentiful swearing and unrestrained anger highlight most of these conversations, and the vulgar cutscenes force the carefree action to take a backseat far too often. Furthermore, protagonist James Heller holds his hand to his ear and slowly walks around when a contact talks to him, contrasting wildly with the crazed sprinting and leaping that make up his normal locomotion. Problems with the story aside, the artistic style used in the many cutscenes is certainly eye-catching. High-contrast black and white with flashes of color (blue eyes, red flames) add a dramatic pitch to the proceedings. This style is also used when your health gets low in combat and does a great job of communicating your struggles without obscuring your view.

Prototype 2 takes place in an open-world environment where you can run wherever you wish without artificial barriers reining you in. From the moment you're set loose, you don't need any urging to sprint through this city gone to ruin. Movement is free-flowing and empowering. Running up the sides of buildings, bounding down blocks in a single leap, and gliding like a manic flying squirrel make for quicker transport than a tired vehicle ever could, and the unabashed joy of careening through this virus-plagued town is hard to deny. Things do become a little tricky when precision is necessary, though thankfully you rarely have to move with exactitude. Instead, you sprint pell-mell until you crave the sweet satiation of your bloodthirst, and in a snap you're beating a poor sucker so badly his mother wouldn't be able to recognize him.

The convergence of movement and combat makes for instances of unrepentant brutality. While gliding over occupied streets, you might spy a fear-mongering soldier down below. Lock on to him from your safe vantage in the sky, and with a tap of a button, grab his squirming body before he has a chance to scream for help. With one more tap of a button, you can pound him into the unforgiving cement, hurl him into his fellow troops, or infect him with a viral bomb that causes him to explode in a fountain of blood, and then flee from the scene as if you were never there.

There's little reason to perform such an act other than the delicious enjoyment you get from tormenting those weaker than you. As your opposition becomes better equipped and more plentiful, the door opens for even more ridiculous sequences of gleeful violence. Like an anthropomorphic arrow of hatred, you propel yourself from tormenting tanks on the ground to hellfire helicopters in the air, mashing them into a flaming ball or ripping off their imposing guns to lay waste to those stupid enough to tag along beside them. Eventually, you gain the ability to pilot these craft, and though moving is slow going compared to the chaotic sprinting you're used to, it's a fair trade-off considering the impressive firepower you're given access to. Destruction exists everywhere in Prototype 2; you just have to decide in what way you want those who challenge you to perish.

Hand-to-hand combat is just as effective as the murderous weapons. Your arms transform into a bevy of handy killing contraptions such as tendrils, blades, and hammers, and you map two of these to two buttons. Depending on a number of factors, such as whether you tap or hold the button, you perform different moves, and these all finish your enemies in spectacularly bloody ways. The most sadistic of these is a black hole you create with tendrils. Enemies and environmental debris explode at a central point, causing a geyser of blood to shoot from anyone unlucky enough to be at the center. The controls have been streamlined from the original Prototype, so you no longer have to contend with the finger gymnastics the more powerful moves demanded. Instead, your kills are varied and gruesome, and it's so easy to initiate the moves that you happily test out different combinations while dead bodies pile up at your feet.

There's a sadistic joy to brutally murdering your enemies in Prototype 2. You're blessed with such a powerful repertoire that you can cause excruciating pain with ease. Although much of the excitement exists because of this savagery, your enemies are such pushovers that you rarely feel the satisfaction of a hard-fought victory. In many ways, Prototype 2 encompasses the design philosophy normally associated with quick-time events (even though that control method doesn't often surface). In other games, frequent QTEs make you feel like a badass without much work, and that sense of unlimited power is Prototype 2 in a nutshell. Your overpowered enemies keel over after barely even scratching your durable skin, so you tear them to shreds without any fear of dying. Even when you start a New Game+ on the unlockable Insane difficulty, you progress through missions without any serious opposition.

Your biggest challenge comes from overcoming twitchy controls and a camera that falters under certain circumstances. Killing dozens of enemies is no problem in Prototype 2, but when you want to hurt just one attacker, things become a bit more complicated. You move so quickly that homing in on just one man is a crapshoot, and this means you might pick up a box or stray rocket launcher when you desperately need to grab on to a specific person instead. In tight spaces, the camera doesn't know how to properly showcase the actions. Characters become obscured behind obstacles because your view zooms in too tight, making it tricky to get your bearings. Neither of these issues is detrimental because even with hiccups you rarely confront death, but they do get in the way of the freewheeling action during the most intense moments.

These are small problems in a game that's overflowing with simple pleasures. Maybe the best of these flashes of joy come from the way you escape from the military. When you cause too much damage, troops are alerted to your presence and hunt you with extreme aggression. If you escape their line of sight and shape-shift into someone you previously consumed, they immediately call off their manhunt. In theory, this is a fine solution, but in practice, it's so delightfully illogical that it only adds to the ridiculous fun of the rest of the game. The military quits the chase abruptly and is too stupid to understand reality. So, if you transform into a scientist while running up the side of a building, no one will think twice that a medical professional is defying gravity. This leads to a number of hilarious situations in which your pursuers happily ignore gliding hobos and artillery-toting doctors while you giggle at their buffoonery.

The freedom in how you traverse the city and kill your foes is the main draw in Prototype 2, and though the missions give you the flexibility to complete them in unique ways, they lack the inventiveness that could have added variety to your objectives. Just about every mission boils down to exterminating a person of questionable morals, so you rarely have to exert much effort in planning your attacks. At least stealth elements do give you a new way to approach things. Picking off enemies (either by consuming them or planting a viral bomb in their skull) is deviously satisfying and gives some challenge to completing missions even though stealth is usually optional. Plus, secondary objectives give you bonuses for completing missions in specific ways, ensuring you can't just rely on the same technique if you want to excel.

Outside of missions, there are oodles of collectibles to nab. The map sends out a radar pulse in the approximate location of hidden black boxes and secret lairs, so you don't have to explore much to uncover them. But it's fun to traverse the city locating every spare part, and the upgrades you receive for doing so are worth your while. The pacing is handled well in Prototype 2. You learn new abilities every few hours, so you always have something new to play around with, and bumping your stats makes you stronger and faster as you get deeper into the journey. It's a shame the challenge doesn't scale with your newfound powers, but that doesn't detract from the excitement of learning new ways to tear your enemies to pieces.

Prototype 2 is a safe sequel. It doesn't add anything particularly new or inventive to the genre, but small tweaks make it more accessible than the original game. Most importantly, it's an unabashedly fun adventure that doesn't have any doubt about what it wants to be. This is a game about killing enemies in an open-world environment, and little stands in the way to hinder your enjoyment. Mindless violence is is all the rage in Prototype 2, which makes for a stupid yet entertaining experience.

View Comments (6)
Back To Top
7.5
Good
About GameSpot Reviews 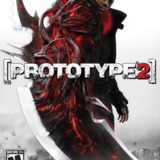 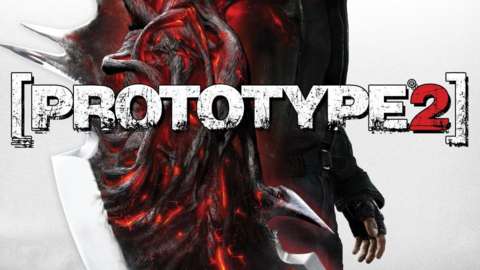 Prototype 2 is the the sequel to Radical Entertainment's action adventure game Prototype.