Project CARS doesn’t have any unlockables. You don’t amass a fleet of high-performance vehicles. You don’t buy any new drivetrains or earn prototype engines. You can choose to work your way through a long career of tiered racing events, but even this is optional. You can just as easily start at the highest racing class, with the best cars, facing the toughest competition. Project CARS doesn’t deliver a fantasy of accumulation and progress. What it does deliver is a simulation of racing as tense as it is deep.

This simulation is rolled out across four modes. The Solo Race and Online modes let you build any race you’d like from the set of cars, tracks, motorsport restrictions, realism settings, and weather conditions available. While the range of vehicle types is wide, there are some notable absences: if you’re desperate to drive a Ferrari, Porsche, or Honda, for instance, Project CARS isn’t going to meet that need. But the cars that are available look appropriately lustrous, and learning each vehicle’s intricacies offers a singular pleasure. Holding the reins of a growling Ford Mustang is wildly different from zipping around the track in a little superkart.

Career mode puts you in the role of a driver as he or she moves from one tier to another, signing contracts with new teams, earning new sponsorships, and going after self-chosen goals and achievements. A range of motorsports is available, with the low tiers devoted to karts, the middle tiers offering some open-wheel races and GT events, and the top tiers introducing prototype racing series. It’s worth restating that this is not a mode about collecting new cars, earning money, or installing fancy new parts. Developer Slightly Mad Studios has instead built a career mode that effectively shuttles you from one race to another, with each event asking you to tackle a new challenge custom-built from the game’s building blocks.

The final mode is the Driver Network, which offers you the chance to compete against other players in an asynchronous time trial challenge. Everyone takes to the same track in the same car and tries to set the top time. At first, this mode was incredibly frustrating. The best players all had times that were much faster than mine, and I couldn’t quite work out why. In trying to figure that out, I realized what differentiates Project CARS from its competitors: it opens up all the options from the beginning, gives you as much time as you need, and then asks you to drive, tinker, and repeat until you understand a race, not until you win it but until you understand it.

During the first few of hours of play, I didn’t “get” this part of Project CARS. I’d slam on the gas down the straightaways, ease into the turns, and follow the racing line, and when my tires lost their grip and my car went spinning off toward the barricades, I’d pause the game and hit restart. Playing like this, Project CARS felt like any other realistic racing game from the past decade but a whole lot prettier (and without any of the familiar progression hooks). But then I committed to playing without restarting, and the whole experience transformed. Suddenly, I was spending time in the practice sessions before a race, learning the ins and outs of the turns, and trying to figure out how to tinker with my car’s settings to adjust to the particularities of the track. And I found myself running a few more laps during the pre-race qualification because every little advantage meant that much more.

Committing to the game this way brought its priorities into focus. I’d thought that the time-of-day and weather systems were superficial showcases. I assumed that the god-rays piercing through the trees and the sheets of rain in the night just existed to look pretty. But a sudden downpour halfway through a 30-minute race takes on a whole new character when you’ve spent the previous 45 minutes tuning your car and deciphering a track’s turns. What was once a little inconvenience was now a catastrophe that needed to be managed. I started paying attention to the little weather forecast at the top of the screen before a race: “Cloudy... Hmm… Hmmmmmm.”

Project CARS doesn’t deliver a fantasy of accumulation and progress. What it does deliver is a simulation of racing as tense as it is deep.

So why were the folks who topped the rankings so much better than me? Not only because they were better drivers, but because they understood how to tune their cars to better fit the race’s track and conditions. There are dozens of characteristics for you to learn about, adjust, and test out: change how open your radiator is, modify your gear timing, increase or reduce tire pressure, and even manage your fuel load. Each of these has some effect on your driving, and if you really hope to compete, you can’t take a “one size fits all” approach. You need to learn what all of these options mean.

Unfortunately, unless you already know the ins-and-outs of car tuning, this means that you’ll need to seek help outside the game. The bottom of the tuning screen says that you can “...troubleshoot issues by asking your engineer,” but there’s not actually a way to do that in the game. Short descriptions of the tuning options give you a broad idea, but for the specifics, you’ll need to turn to fan-made guides and tutorial videos. This is a problem for Project CARS because it makes approaching the game on its own terms that much harder. Even this one hurdle had me retreating to the way I played before: no tuning, no learning, just brute force and quick restarts.

It didn’t help that the AI racers in the Career and Solo modes were so inconsistent. With the default difficulty setting, the other drivers varied between smartly aggressive and totally passive. Why should I spend an hour learning how to master the line at the Sonoma Raceway if I can win by a margin of 12 seconds even when I don’t put in time studying the track? Couple this with a nasty bug that would randomly switch me from first to last place, and the whole experience went from meditative to monotonous. (I hit that bug four times in 15 hours of play, but even that is too many).

The multiplayer modes sidestep the problem of the unpredictable AI, and it’s in Online competition that Project CARS shines brightest (which makes it a shame that the North American multiplayer community is as small as it is.) Online, it all comes together: it’s the last lap, and you’re fighting for space against a group of 10 other real-life players. You pull ahead, and suddenly you’re neck and neck for first place going into the final straightaway. You notice it before your rival does: his car just isn’t keeping up with yours. After the race is over and everyone is congratulating everyone else on a good race, your rival says something like, “Man, I don’t know what happened there. It was like my car just gave out on me.” And you can’t be sure, but you think that you know it’s because of how much fuel was left in the tank. You’d tested that during the practice session, and that work paid off.

That’s Project CARS at its best. No experience points. No parts to buy. No cars to add to your collection. The audacious decision to offer everything up front informs the rest of Project CARS’s design, making it distinct (and sometimes frustrating). Other games in the genre work like Skinner boxes, offering rewards according to a special schedule designed to keep you hooked. These games offer the fantasy of plodding, constant accumulation or low-stakes (if high-speed) action. Project CARS offers a different fantasy, one that’s a little less attractive and a bit harder to enjoy: the fantasy of learning how to do something difficult.

View Comments (363)
Back To Top
8
Great
About GameSpot Reviews

Austin Walker spent 15 hours hugging the corners and shifting gears in Project CARS, but this isn’t his first race. He grew up on Gran Turismo, learned to drive on Forza Motorsport, and isn’t afraid to admit that he misses Project Gotham Racing. 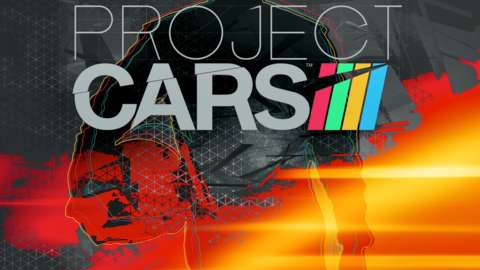