Professor meets Lawyer... how could we object?

Why would the amiable Professor Layton be interested in squaring off against the uncomfortably awkward Phoenix Wright? Answer: He's not. The first thing to understand about the awkwardly named Professor Layton vs. Phoenix Wright: Ace Attorney is that the two title characters are allies, not adversaries. Pure and simple, what you've got here is a bromance between two of the DS and 3DS's most captivating stars.

And it works. The problem of how to combine two franchises that operate in fundamentally different ways has been deftly overcome by transplanting this entire 30-hour-plus (yes, 30 hours...plus!) adventure to a new time and place. Proceedings begin in London but quickly move to Labyrinthia, a medieval town of a fantastical disposition featuring witches, knights, magic, and a storyteller capable of changing the future by rewriting it.

Once the narrative has satisfied its initial inflated sense of self-importance--resulting in an opening act that is tediously long--the ebb and flow of how the two protagonists act and interact makes sense and feels natural. As Layton, accompanied by his apprentice Luke, you primarily spend your time wandering about town, talking to its inhabitants, and solving the kinds of puzzles that made him famous in the first place. In the process of doing so, you're consistently collecting evidence that Phoenix, along with sidekick/secretary/apprentice Maya, uses to defend his clients in the courtroom.

There is some small degree of crossover between character pairings in that, for example, it might be Maya and Luke solving puzzles, or Layton joining Phoenix in the courtroom, but the procedure of solving puzzles in a bid to inform courtroom trials never really changes. As a result, it can feel as though you're playing through two completely separate games that just happen to be bundled together into one package; first you do the Layton-focused puzzles, then you do the Phoenix-focused courtroom trials, and then you do some more Layton.

It's a successful approach. Especially during Phoenix's trials, anything other than an extended and uninterrupted period of witness cross-examination and contradiction hunting would make the process feel tame and shallow. There are times when the sheer volume of onscreen dialogue and exposition during Layton's puzzle-solving gambits around Labyrinthia makes you yearn for more involving courtroom sequences, but because the two styles of gameplay are kept apart, they're allowed space to breathe and grow as the story rolls on.

Due to the prevalence of witch trials in this world, Phoenix's courtroom cases are grandiose, exaggerated, and some of the most charming and wacky he has ever been involved with. The blue-suited, hedgehog-haired lawyer has always been prone to misfortune, but here such things make more sense than they ever have given that he's in a strange land and is unaccustomed to many of the courtroom procedures.

For example, multiple witnesses take the stand in unison--providing you the opportunity to cross-reference their testimony against one another. However, seeing as each witness tends to be as far from impartial as it's possible to be, each is more than willing to flat-out lie to you to have their stories match and find the accused guilty. In the middle of trials it's not unusual for one or more witness to change their tune completely, giving Phoenix more than enough of an excuse to don his trademark flustered face.

Perhaps more than any other, though, it's these multi-witness moments that represent the best--and certainly the funniest--pieces of dialogue in the game, and they go a long way toward preventing you from getting too frustrated when you arrive at a sticking point. Recurring town drunk, Emeer, and local Bard, Birdly, provide some particularly humorous lines--the former mispronouncing words while swilling various forms of alcohol, the latter insisting on singing at every opportunity.

With the illegal use of magic resulting in defendants landing in the dock in the first place, under accusation of witchcraft, it's easier to forgive those sometimes ridiculous leaps of logic that Ace Attorney games have always required you to perform. After all, if magic is possible in Labyrinthia, what else might be? Thinking way outside of the box, more than ever, is critical to success in a world that can seem wholly illogical until you've wrapped your head around its unique way of doing things.

On the flip side, Layton's puzzles, while generally well crafted and boasting diversity, come off as a little underdeveloped in comparison to the trials. The new setting and the multiple witness angle means playing as Phoenix feels fresh and exciting, while puzzle solving is the same as it ever was.

Identifying the odd one out, navigating a maze, solving faux-mathematical number puzzles and besting diluted variations of popular games (chess, for instance) feel very much like brain teasers that we've seen and done before in more than one other Layton game. Those included do a good job of mimicking the magical tone of Labyrinthia, but at their core the format is familiar enough to trigger déjà vu and for you to wonder if you've solved this same puzzle somewhere else previously. This is going to be a greater or lesser problem depending on how many Professor Layton games you've already played--if you've played them all, then fatigue is going to set in before the finale.

That said, both sides of the game are undoubtedly of high quality; it's just a shame that one side feels fresh and new while the other remains exactly as we've always known it. If you've never played a Layton game, however, or haven't played one in recent history, you'll find nothing to complain about.

Phoenix's courtroom cases are grandiose, exaggerated, and some of the most charming and wacky he has ever been involved with.

There can certainly be no complaints, however, regarding the quality of the production values. Fully animated video cutscenes and voiced dialogue appear often, while the design and implementation of the touch-screen controls and in-game menus exude the kind of quality you'd expect from two franchises that have been doing the rounds for so long.

Layton vs. Phoenix Wright is a long game--at least as long as a Professor Layton game and a Phoenix Wright game combined--and relatively little of it is genuine crossover. But that doesn't make it any less enjoyable. What is here is big, it's often silly, and it's sometimes unwieldy, but it's rarely anything less than engaging thanks to some great execution on tried-and-tested ideas. It's Phoenix, however, in his element in this magical world, that well and truly steals the show.

View Comments (51)
Back To Top
8
Great
About GameSpot Reviews 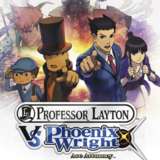 John Robertson has been solving puzzles and defending accused innocents since the original Professor Layton and Phoenix Wright games transformed the original DS into one of the greatest handhelds of all time. Well over 30 hours were spent puzzling and objecting before writing this review. 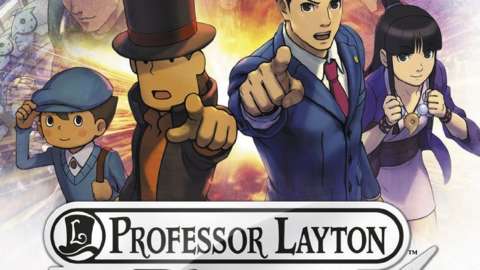