This is a convincing simulation of pinball, but it falls short when compared to other video pinball games.

Pro Pinball is a good simulation of real pinball. However, a video pinball game should have two overriding features: It should do things that regular pinball can't do, and it should provide replay value by including numerous tables in one package. Unfortunately, Pro Pinball does neither.

The lone table, titled "The Web," has the look and feel of many of today's pinball machines, and includes lots of bells and whistles, loops and combos, and a ball magnet. The only thing missing is the feel of the machine in your hands - the nudging controls don't come close to the real thing. Pro Pinball's rendered graphics look great, and the dot-matrix backglass animations are topnotch. The game also comes through in the sound department: The flippers, bumpers, and launchers all sound like they're on a real machine. The telltale replay "thwack" noise is even present. (Perhaps Interplay and Empire Interactive should have gone ahead and made a real pinball machine.) Unfortunately, the music is repetitive and ultimately detracts from the gameplay. Luckily, the music can be turned way down.

As for gameplay, the player must accomplish several different missions and tasks on The Web, with lots of scoring opportunities along the way. Pro Pinball provides six different table views. Unfortunately, they all have a similar perspective, and a 2-D, top-down view is conspicuous in its absence. Without this 2-D view, it's very difficult to judge exactly where to shoot the ball, though with a little practice making the ramps and loops isn't a problem.

Ultimately, this is a convincing simulation of pinball, but it falls short when compared to other video pinball games. A single table just doesn't provide enough extended replay value to put it ahead of the pack. Even with its shortcomings, pinball fans should give Pro Pinball a try - if for no other reason than console pinball games are few and far between. 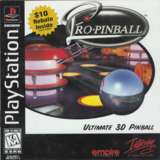 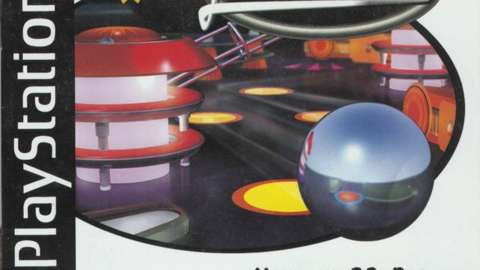