Pro Evolution Soccer 2013 embraces the series' past to create a wonderfully technical and supremely satisfying game of football.

At first glance the changes made to Pro Evolution Soccer 2013 might seem like a bunch of slight, almost superficial tweaks; you'd be hard pressed to find one standout feature from its long list of AI improvements, new tactical moves, or graphical revamps. And yet, on the pitch, it's one of the most rewarding football games out there. Where its predecessors struggled to find a place on the current generation of consoles--often simply playing catch-up with its competitors--PES 2013 embraces its past and plays a wonderfully technical and supremely satisfying game of football. No, it still doesn't come close to matching FIFA on features or graphical splendor, but when it comes to those unforgettable moments of edge-of-your-seat sporting drama, PES 2013 is sublime.

That's not to say PES 13 is without its challenges, though. Its learning curve is steeper than ever, thanks to an overhaul of its defense system, and the introduction of some highly technical moves. Like Tactical Defending in FIFA, the new defense system replaces the run-and-gun, automated tackles of old with thoughtful jockeying and tactical positioning. While it's simple to use--holding the opposition and ducking in for a sneaky, well-timed tackle are performed with the same button--nailing the correct timing for a tackle is very tricky, and takes a hefty amount of practice. The payoff is a defensive system that's more natural, more compelling, and far less frustrating in multiplayer matches than before.

Similarly compelling are PES 13's new player moves, which see a return to the technically challenging, well-timed commands of old. The improved dribbling system lets you hold the ball in front of players, teasing it with the left analogue stick to manoeuvre your way past defensive lines, while deft button presses let you volley the ball over the opposition's head in a gloriously cocky display of skill. Many moves make use of the triggers as a modifier, letting you turn regular passes into lofted passes and regular shots into controlled shots, and giving you manual control over the direction of your kicks, complete with a neat arrow beneath your player to point him in the right direction.

An overhauled training mode takes you through each of the new moves step-by-step, and includes a handy demonstration that shows which buttons to press and when to press them--not that you can just breeze through them all, mind. The timing is exacting, and there are moments of heated frustration as you battle against it. But when things click, it's satisfying to see those newfound skills spring to life--more so when you head out of training and onto the pitch for a match.

It's there that you can put those skills to use. There's no one feature that makes the game so entertaining, but rather PES 13's collection of refinements come together to create a sense of direction and purpose that has been sorely missing from recent entries in the series. Improved physics mean there's a weight and movement to the ball that just feels right, where it zips through the air the way you'd expect and smashes to the ground with a satisfyingly dull thud. Improved AI means players react better, making more intelligent runs for you to slip a cheeky through ball to, or jostling attackers as you sprint back to defense from an unfortunately timed shot.

The pace has been slowed down slightly, giving you more control over your players and the flow of the match. Indeed, that flow is what makes PES 13 so great, creating as it does some wonderfully scrappy football. There are moments where passes move effortlessly across the pitch, while strikers burst from midfield, hover outside the box, and wait for that expertly made cross to deliver a perfectly timed strike. The game is so responsive and captivating that it always feels like you're directly in control of the action, rather than forcing things forward with the slightly automated feel of FIFA.

While PES succeeds dramatically on the pitch, it's once again let down by a presentation that's woefully dated, even if there's a kind of sick, retro charm to it. Menus still have that pseudo-futuristic neon look to them, arranged as they are in the most illogical and frustrating of ways. There are some weird animation glitches too, as well as some frame rate issues during replays. And the less said about the awfully dull commentary from Jon Champion and Jim Beglin the better. PES lacks official licenses for the vast majority of teams too, so you're stuck with using the editor to create official teams or waiting for some enterprising individual to post a save file online.

PES 13's single-player modes are also in danger of becoming horribly outdated. You're treated to exactly the same modes as last year, including the officially licensed UEFA Champions League and South American Copa Libertadores tournaments, and unofficial tournaments such as League Cup and Community. The once genre-leading Become a Legend and Master League remain untouched too, and while it's still fun to guide a player through his career or perform the duties of a manager, the dreary visuals and outdated transfer system make them far less appealing than they used to be.

There's also little to celebrate online, with the same ranked and unranked matches available as in past years. The Master League returns, letting you compete against others for prize money, which you can use to buy new players for your squad. Modes remain largely untouched from previous versions. The only change here is that playing online now earns items that can be used in the offline Become a Legend and Master League modes, allowing you to modify your players' stats. It's a nice feature to have, and certainly makes online play a little more rewarding, but it's hardly the full makeover the online multiplayer sorely needs.

Still, while its presentation and game modes fall further behind the competition, PES 13 has made improvements where it really counts. There's a fabulously entertaining football game at its heart, one that finally lives up to the high standards of the PES games of old. Sure, it may have given up its pick-up-and-play accessibility to get there, but with such satisfying, thoughtful, and tactical gameplay on offer, it's well worth the effort. 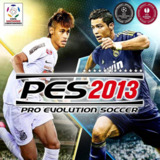 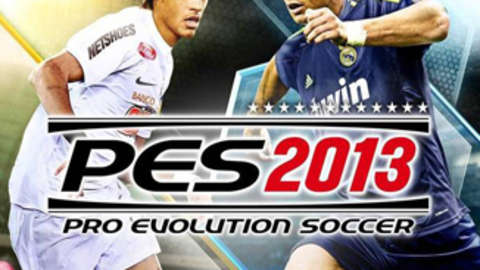