The most realistic football game for the Wii is let down by poor graphics and limited improvements to last year's version.

UK REVIEW--This year's Pro Evolution Soccer for the Wii offers by far the most realistic version of the sport for Nintendo's console, using an in-depth control scheme that takes time to get used to but eventually provides great rewards. There are only limited improvements over previous Wii releases in the franchise and some parts of the game are severely lacking in visual detail, but if you're looking for a satisfying and tactical football experience on Nintendo's console, PES 2011 is the game for you.

PES 2011 supports a deep and complex control scheme by default. Instead of adapting the controls of the PlayStation 3 and Xbox 360 releases to the Wii Remote and Nunchuk, Konami has designed a control scheme specifically for the Wii. By pointing the remote at the screen, you control a cursor which determines the direction of passes, shots, and player runs. If you're used to traditional controllers, then the default controls are complicated at first, but thankfully, PES 2011 offers plenty of well-delivered tutorials to get you up to speed as quickly as possible. Unfortunately, these tutorials are still geared towards players with a good understanding of the sport, so newcomers might struggle. However, once you're familiar with the controls, they work like a charm, providing you with incredible freedom during build-up play and encouraging creative passing.

While attacking feels open and imaginative, defending is often a complete nightmare. Pointing at players to change which one you are controlling is unresponsive, and shaking the Nunchuk to perform sliding tackles simply isn't accurate enough, especially on harder AI difficulties or against human opponents who are capable of reacting faster to incoming tackles. PES 2011 for the Wii also introduces 360-degree control for the first time. While this is a welcome addition to the series, it isn't really capitalised on, because so much of the movement is performed by pointing the remote to where you want a player to move. Therefore, players still run in diagonal lines, rather than making the tight turns possible with 360 degree movement on a control stick. Thankfully, for the more traditional football game fan, there is also support for the Classic Controller, which provides a control scheme similar to that in the PlayStation 3 and Xbox 360 versions of the game, making defending far more manageable and the 360-degree dribbling far more impactful.

One of the most striking things about PES 2011 is that where FIFA tones down its gameplay for the Wii audience, that's not the case here. The AI performs exactly as you would expect in a Pro Evolution Soccer game, using intelligent tactics and thoughtful passing. The game is also very challenging on the harder difficulties. This is terrific for anyone who has been crying out for a realistic football game on the Wii; however, it might take a while for novices to come to grips with this version of PES. The complicated controls, combined with challenging AI, certainly provide a steep learning curve to more casual football fans. Especially when the tutorials assume that the player already has a decent knowledge of the sport. If you can stick with the game, though, you will find that every goal you score is a satisfying reward for learning the controls and battling against the competitive AI.

Last year's new My Team mode returns in PES 2011. After loading up the game and selecting your favourite team, you can then import Mii characters to create a new squad. Once you've added your characters to the team, you can customise them and improve their abilities using hearts that you collect by performing well across all of the other modes in the game. There is also a memorabilia shop where you can buy special items that give players unique ability boosts. For example, buying a famous striker's boots might greatly increase a player's shooting ability. It's great fun to create a team made up of your friends, and customising them can be addictive, but once you get into a match and your team is running around with giant Mii heads, the novelty wears off quickly. In a game that tries to provide a realistic version of the sport, playing with Miis takes more away from the experience than it adds to it.

As in last year's game, Champions Road mode sees you building a squad of unknowns into world beaters by playing in tournaments around the world, upgrading your clubhouse facilities, and recruiting players through a limited card game system. Very little has changed in Champions Road, so seasoned players of the Master League mode should probably stick to that, as the emphasis in Champions Road is on running the club, rather than managing the team. Running the club is an interesting way to approach a football game career mode, but it doesn't make enough use of PES 2011's in-match gameplay, which is by far its best feature. In this mode, PES 2011 can at times feel more like a subpar business management sim than a football game.

All of the other modes that you would expect from Pro Evolution Soccer 2011 are present in the Wii version, including the UEFA Champions League, Copa Santander Libertadores, League/Cup, and Master League. As with the other modes in the game, Konami has played it safe and introduced no meaningful changes, with the exception of streamlining and improving some of the menus. This is likely to annoy Pro Evolution Soccer fans, but the core modes and gameplay are already of high quality. On the other hand, Edit mode in the Wii version is a disappointment. Although player attributes can be tweaked as you would expect, visual customisation is limited compared to the Xbox 360 and PlayStation 3 versions, with far fewer appearance options for players and more limited kit designs. The stadium editor is also absent on the Wii.

Online gameplay in PES 2011 is limited in terms of match types, as only two-player head-to-head matches are possible with no option for co-op games. On the other hand, finding games is a quick process, and there is almost no lag, even if you use the quick search option, which does not prioritise players with the best connections. The most interesting feature of PES 2011's online mode on the Wii is the inclusion of a rivals list as well as a friends list. After a match, you can invite your opponent to your list of rivals in order to easily set up a rematch, while still keeping your friends list clear for people that you're actually friends with. It's a brilliant idea that would work well in most games that include a one-vs.-one online mode. Unfortunately, there are a limited number of people playing PES 2011 online on the Wii, so you might not get to put this feature into practice very often.

The biggest issue with PES on the Wii is its graphics. Player likenesses and kit textures are undoubtedly improved in this iteration of the series; however, the environmental graphics are still ugly, particularly the crowd and stadiums. Incredibly, PES 2011 doesn't even run in full screen when playing in 480p mode on the Wii. The sound is also poor, with crowd audio that is not properly balanced and commentary that still provides those familiar moments of confusion. Jon Champion and Jim Beglin also make frequent incorrect remarks, such as commenting on your "resounding two-goal lead" even if you are actually winning four-nil.

Despite many issues, PES 2011 will appeal to Wii owners who are searching for a realistic football experience. Though the controls take some getting used to, the core gameplay is almost identical to that in the Xbox 360 and PlayStation 3 versions. Scoring is incredibly satisfying, and the unique passing system allows for some breathtaking build-up play. Unfortunately, this year's version has been let down by ugly graphics and few improvements to the different modes on offer. That said, there isn't a deeper or more rewarding football game currently available for the Wii. If you can look beyond the troublesome visuals, you will find an enjoyable and authentic football game in Pro Evolution Soccer 2011. 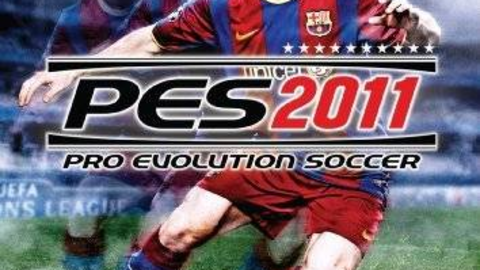