Pro Evolution Soccer has become an established franchise on the PSP, and the 2009 version is the fifth for the console. This year's edition makes a few new additions, including the new Become a Legend mode, online play, and a soundtrack that doesn't make you cringe. But with outdated visuals, as well as an absence of licensed clubs and leagues, there's still plenty of room for improvement.

The gameplay in PES 2009 remains largely unchanged from last year, but matches are still challenging and fun to play, and the controls are still intuitive and responsive. It's easy to link passes and moves using the face buttons, but tricks are awkwardly performed by double-tapping the shoulder buttons. Matches feel fluid; you can easily pass and cross the ball to teammates, setting up some spectacular goals in the process. You'll need to keep an eye on Pro Evo's always-challenging AI, which is constantly looking for opportunities to snatch the ball from you, and this makes scoring goals all the more rewarding. There are plenty of game modes packed onto the UMD, with Exhibitions, Leagues, Regional Cups, a World Tour and the Master League all vying for your attention. The latter allows you to take control of your team's management as you play all of the league and cup matches a real team would play. The only really disappointing game mode is Training, which offers no tutorials to provide tips to Pro Evo newcomers; just the opportunity to hone tricks without hassle from opposition players.

Become a Legend is a brand new mode for this year's game, which shifts your focus from controlling an entire team to just one individual player. You take a fresh-faced teen from obscurity to the international spotlight as you work your way up from a minor team through to a professional club, international stardom, and eventually retirement. You can customise player attributes for your virtual self, including name, appearance, footedness, and you can even choose from more than 70 different goal celebrations. On the pitch, the camera focuses on your single player, while the rest of the team is controlled by the AI.

Ultimately, Become a Legend is a novel but dull take on Pro Evolution Soccer. At the start of your career, you can spend a considerable amount of time on the bench, and while you can speed up the game when spectating, it's still a boring process. Once your team's had some on-field success, you'll be able to move to more impressive clubs, but you're not rewarded for being a team player by performing passes and making tackles. The result is that much of your success comes down to the effectiveness of your AI teammates, which makes for an unrewarding experience.

PES 2009 features online play for the first time, pitting you one-on-one against players from around the world. This is a welcome addition, because playing real people is certainly more rewarding than playing against an AI opponent. However, with occasional lag and an archaic registration system that makes you type in your login credentials every time you play, it can be a frustrating experience. If you find a decent connection, then online gameplay can offer the same enjoyable feel and experience as local multiplayer, but with only five- or 10-minute exhibition matches on offer, it's a basic mode that offers little in the way of longevity.

While the Dutch, French, and Italian leagues appear in full this year, Liverpool and Manchester United are the only officially licensed Premier League teams. The rest of England's top leagues are stuck with generic regional names. For example, Tottenham Hotspur is back to being named North East London, despite making a brief licensed appearance in last year's edition. The Scottish Premier League suffers even greater indignity, with only Celtic and Rangers present in licensed form and only as extra teams to be added to custom leagues. Other popular leagues, including the German Bundesliga, USA's Major League Soccer, and Australia's A-League, are completely missing. It's also a shame that Konami's much-touted Champions League licence hasn't made it to the PSP.

Pro Evo 2009 isn't an ugly game, but the player models and animations are starting to look a bit dated. The character animations lack fluidity and variation. Although players are easy to control, they certainly don't look realistic. The main menu has received a pop-art facelift this year, but the pregame menus and in-game displays look stale. Thankfully, the pervasive menu advertising from PES 2008 is gone. While there are regular advertising billboards around the pitch, they're not obtrusive and fit the setting. The soundtrack has also undergone an overhaul, replacing the J-pop numbers of PES 2008 with a mix of alt-rock and pop, which suits the tone of the game.

At its core, Pro Evolution Soccer 2009 doesn't deviate from previous entries in the series, and while there are new game modes this year, they don't offer a compelling reason to upgrade. The new online mode, while shallow, is still fun to play, and the Become a Legend mode is a novel but boring take on the standard game. This is still an enjoyable football experience at heart, but it's only for those willing to look past the game's flaws. 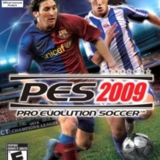 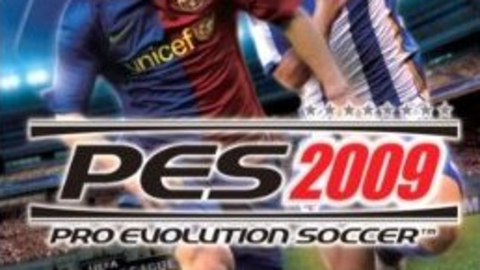