The PlayStation 2 version of Pro Evolution Soccer 2008 is the most fully-featured version of the game, but it still suffers from a broken online mode.

UK REVIEW--Konami's Pro Evolution Soccer is something of a puzzle in its 2008 iteration. The series feels at home on the PlayStation 2 at a time when it's completely failing to take advantage of the PlayStation 3. Where technological resources are lower, the game offers more features and better playability, and it's the definitive console version of the game. It features noticeably smoother player animations and substantially more game modes than the other console versions, as well as a fluid, polished game engine. However, the game just hasn't changed enough to warrant an upgrade, while the online mode lags too much to be playable at this stage.

If you're a newcomer to the series, you'll be impressed at how well Pro Evolution Soccer 2008 plays on the PlayStation 2. It captures the realism of the sport almost perfectly, but most importantly, it remains eminently playable. Thanks to a combination of exquisite control, superb animation, and worthy artificial intelligence, it's highly replayable in single-player, but it really comes into its own in multiplayer. With that said, series veterans may wonder what exactly Konami has done to improve the gameplay in the past year. Aside from making minor tweaks to the animation and AI, it's fundamentally unchanged from Pro Evolution Soccer 6.

One of the more noticeable changes is that the game feels slightly faster, taking it more into the realms of an arcade game than ever before. Animation has been tweaked to give the players more physicality, notably in the way they tussle with each other, as well as the independent movement of the ball. It's also harder than before because the AI recognises common attacking tactics and sets up counterattacks. More than ever, you feel like you're playing a clever human opponent, forcing you to improve your game as a result.

These tweaks make Pro Evo 2008 a better game than last year's, but not in a dramatic enough way to warrant an upgrade. However, if you are set on buying a console version of the game this year, then the PlayStation 2 is the one to buy. The other console versions offer a new diving ability that allows you to fake fouls in the hope of being awarded free kicks. It's a dirty tactic in an otherwise authentic simulation, and although its omission here is slightly confusing, we applaud it nonetheless. We'd also like to praise the effort that's gone in to banish the slowdown that blighted the 60Hz mode in previous versions. Longtime fans and purists will rejoice at the fact that the game runs perfectly, with no jerkiness or tearing.

Konami has also added a bunch of new game modes that, while not completely revolutionary, do add to the longevity of the game. First up is the world tour, which puts your national or club team in a series of "missions" against the rest of the world. These missions are driven by match conditions that have to be met, such as starting the game at half time and/or winning by a set number of goals. In a nice touch, you can export your world tour to a PlayStation Portable over USB, but only if you're feeling flush enough to buy two different versions of the game.

The other new addition is the community mode, which allows up to 16 people to compete in cups and tournaments on a single console. Once competing players have entered their names (and for no apparent reason, their star signs), they can challenge each other to single matches, cups, and leagues. All matches and results are tracked in an impressive database that can sort the results in pretty much any way you want, even the aforementioned star sign. If you have a multitap adaptor, you can pair up for two-on-two games, while bonus challenges include penalty shoot-outs and free kicks on goal. It seems slightly old-fashioned to get 16 people together in person these days, but the community mode certainly has everything you need for a party.

Aside from these new modes, the usual Pro Evo leagues, cups, and the master leagues also make an appearance. They're all exactly the same as usual, and although the majority of teams feature incorrect names (Chelsea as "London FC," for example), you can set up any tournament that you like. It's something we mention every time a new version of the game comes out, but the lack of official team names is a recurring problem that shows no signs of improving. For example, the English Premiership's two licensed teams have changed from Arsenal and Manchester United last year to Tottenham and Newcastle United this year. If you do want to edit the default information, then the editing mode is pretty comprehensive, allowing you to edit everything from the boots of players to stadiums and league/cup names.

Pro Evolution Soccer 2008 features an online mode where players can meet up to play friendly matches and competitions, as well as create friends lists or join groups. From a features perspective, the PS2 version trounces the Xbox 360 and PlayStation 3 online modes. However, as with the PS3, the online mode lags and is unplayable in its current form. The players frequently transport across the pitch from one position to another, the ball flies jerkily through the air, and sliding tackles often miss their target. At the time of review, no fewer than four warning screens appeared ahead of the online lobby, informing players of performance issues and scheduled server maintenance. We hope it's a server problem and that Konami's daily server downtimes will help iron out the problems. However, there are also issues with the design of the online mode. The game also doesn't save your login information, so you have to enter it in manually every time you connect. In its current state, the online component of the game feels buggy and unfinished.

There's a mixed level of presentational quality, although most of it errs toward the poor side. The graphics are rough as a whole with little in the way of spot effects. However, players are animated incredibly well and some actually look pretty realistic. The audio is poor, with commentary that delivers highly generalised comments and a soundtrack that's awful across all the genres it tries to cover. The menu system is low-grade and generally unhelpful; for example, you have no idea what you're getting into when you open the community menu.

Playing Pro Evolution Soccer 2008 on the PlayStation 2 reminds you of how great the gameplay can be in the series. The console still feels like the game's natural home, not only because this version is the most fully featured, but also because it feels the best put together. The world tour and community are completely nonexistent in other versions of Pro Evolution Soccer 2008, while the improvement made in player animation is most noticeable on Sony's seven-year-old console. The online mode is broken and not enough has changed to recommend an upgrade for existing players, but the PS2 can currently claim to be the best console version of Pro Evolution Soccer 2008. 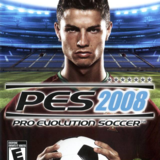 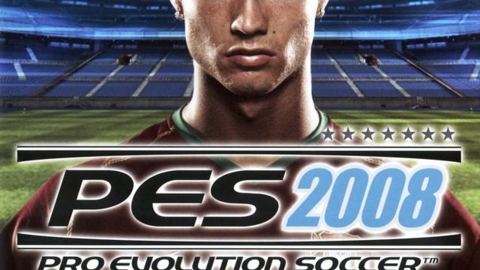