Prinny: Can I Really Be the Hero? Review

Prinnies are done with being used as mere cannon fodder in other people's elaborate games of turn-based war. The combustible penguins from the Disgaea series have ditched the strategic grid in favor of a starring role in an action platformer, but even though they've turned their back on being hurled at enemy forces against their will, that doesn't mean that they're any less fun to play with. The intense action is always rewarding and downright heart-pounding at times so the shift in genre shouldn't be too devastating for longtime fans of these sinful penguins. There are some control quirks that will cause more than a few cheap deaths, but the devious level design, intense boss battles, and ridiculous story make this a must-play adventure for both Disgaea purists looking for a change of pace and 2D action fans looking to appease their hyperactive thumbs.

Prinnies are now the stars of the show, but that doesn't mean that they are acting on their own accord. These flightless birds are the reincarnated souls of evil humans being forced to serve in purgatory under the whims of a crazed demon master. Etna is in charge of your flock, and when she finds that her dessert has been stolen from right under her nose, it's up to you and 999 of your closest friends to obtain the ingredients for the Ultra Dessert. Your cruel mistress mocks your every move, and her callous attitude leads to many funny situations. In fact, the whole journey is chock-full of jokes, from a boss remarking that your sauce is remarkably weak to a prinny gingerly holding up a soiled passion diaper that is to be used in the recipe. Even though the focus is still on pure action, the story interludes add a lot to the experience, rewarding you with humorous anecdotes after every major fight.

What isn't funny is your finite reserve of prinnies waiting to die for a fabled dessert. Etna has 1,000 penguins in her command, and though you'll control only one at a time, you'll still find yourself going through hundreds of lives as you traverse tricky platforms and bop angry bosses until they submit. You should be able to finish the adventure with several hundred prinnies still in reserve, but if you find yourself without a hero to control, you aren't completely out of luck. Those who burn through the whole troupe of explosive birds are able to start a new game with a special attack that should make the adventure slightly easier. This is a challenging game, but the smooth difficulty curve eases you into the world gradually, building on your past exploits so you rarely feel overwhelmed in battle.

Your attack repertoire is limited, but it's still more than you'd expect from a penguin. Your only two attacks are a sword swipe (both in the air and on the ground) and a butt bash, which stuns enemies. You can also perform a dash if you need to make it across a particularly long precipice and, of course, the always-handy double jump. Although these moves function admirably for the most part, there are still a few control issues. First, jumping is extremely rigid because you can adjust your angle only when you press the button. This makes it difficult to land precisely, especially in the heat of battle. Second, your butt stomp has noticeable lag from when you push the button to when you begin the move, which leaves you agonizingly vulnerable in air. Finally, you can't smoothly string your moves together. If you swipe an enemy with a sword and then see a cannonball steaming toward your head, you'll have to wait a beat before you can duck out of the way. None of these are game-breaking, but they lead to more than a few unavoidable deaths.

To survive the treacherous levels, you'll need to land on tiny platforms above bottomless pits and quickly dispose of foes. Enemies will attack at all times, from all angles, and just making your way to the next checkpoint can feel like a minor triumph. There is an element of memorization as well; enemies strike without warning from offscreen, and you'll find yourself being pushed to your death when eager bad guys nudge you off cliffs if you aren't careful. But the levels are able to thrill rather than frustrate because of the forgiving checkpoint system, which ensures that you won't have to traipse over the same ground repeatedly. The excitement of stringing together consecutive butt stomps, vanquishing your enemies with a fell swoop of your sword, and making a turbo-charged leap across a gaping void make the small annoyances little more than forgettable missteps.

At the end of every level, you're rewarded with an encounter against a cunning boss. These are prefaced by witty banter between the always-aggressive opponent and the all-too-meek prinny, serving as a ridiculous setup for the ensuing fights. The battles are purely pattern-based, forcing you to learn the ins and outs of your enemies' attacks before you're able to finish them off. Although the boss fights can be extremely difficult as the game progresses, a victory over your foe always seems obtainable with just one more try. The fair difficulty curve ensures that, when you finally raise your arms in victory, it will be with a feeling of satisfaction rather than brow-wiping relief. There is one boss--the final in the game--who goes against this formula, though, and is far too demanding to be fun. However, the other battles are engaging and exciting.

Prinny's first attempt at starring in his own game is an undeniable success, even with a few missteps along the way. The boss battles are truly special, combining the need for fast reflexes with clever dialog for a number of memorable encounters. The levels have no qualms about punishing you, but the joy of getting past a daunting obstacle cannot be denied. It's a shame that Prinny: Can I Really Be the Hero suffers from a few control issues, given that the rest of the adventure is solidly constructed and quite rewarding. The leap from strategy-game grunt to action platformer star is daring, but Prinny makes the transition with style. 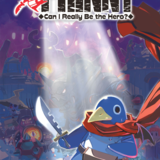 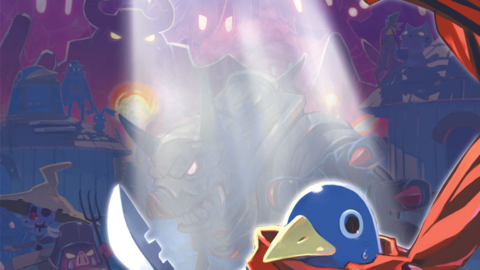 Prinny: Can I Really Be the Hero?

Prinny: Can I Really Be the Hero? is a side-scrolling action game and will have you slashing your way through various Netherworlds.