Prince of Persia's shimmering veneer and joyous platforming will cast a spell on you.

In many modern games, you rain death upon your enemies; how refreshing, then, that your main task in Prince of Persia is to breathe life into a darkening world. That doesn't mean that the forces of evil aren't on your tail in this open-world platformer, but the most indelible moments of this enchanting journey are uplifting, rather than destructive. Similarly, the latest iteration in this long-running franchise is a rejuvenation for the series, and it's an ambitious one, offering up a new titular prince and casting certain game traditions aside in favor of player immersion. And for the most part it succeeds, eliminating illusion-breaking mechanics like game-over screens and long loading times in the process. This re-imagining comes with a few caveats, however, and if you're a longtime series fan, you'll quickly discover--and possibly resent--that Prince of Persia is, far and away, the easiest game in the series. But if you can clear your mind and let the game's magic wash over you, its easygoing joy and visual beauty will charm you into forgiving a sprinkling of flaws.

In some ways, Prince of Persia represents a return to Sands of Time's storybook vibe, which had been somewhat lost in that game's two sequels. Yet our new hero isn't exactly Prince Charming, but rather a wisecracking nomad interested only in his donkey (named Farah, in one of several nods to previous games) and the riches she apparently carries. His royal status is referenced but never fully explored, though his companion Elika is clearly a princess, and as the game progresses, you'll become much more invested in her past than the prince's. Together, they seek to imprison the evil god Ahriman, who has been inexplicably set free by Elika's own father. To do so, they must restore a series of fertile grounds to their former fecund glory, thereby banishing the inky black corruption that has enveloped the land. Storytelling isn't the game's strong suit, and the dismissive, often unlikeable prince is hardly beguiling, a poor fit for the captivating journey ahead. Thankfully, Elika exudes enough charm for the both of them, and the relationship they slowly forge lends plenty of emotional impact to the game's final moments.

This relationship enriches the very core of the experience, given that Elika is not your standard game sidekick. She isn't just a helpless companion, but an important part of a number of gameplay mechanics. As the prince, you will pull off moves familiar to franchise fans: jumping, climbing, scaling, and wallrunning among them. There are also a few new acrobatics to play with, such as the aptly named roofrun, where the prince scuttles along the roof in a vaguely simian manner. But if the moves are familiar, Elika's presence enriches and enhances them. She will jump on your back as you scale across vines, reach for your helping hand as you climb, and perform an elegant pas de deux with you when you need to pass her on a narrow beam. In some ways, this relationship recalls that of Ico and Yorda in 2001's ICO.

While in ICO Yorda was totally dependent on her companion, here Elika is far more helpful to the prince than he is to her. She is, in fact, your constant savior, because she will not, and cannot, allow you to die. Should you fall, Elika will grab you by the wrist and whisk you to safety--meaning the last checkpoint. There is a checkpoint at almost every platform, so aside from possibly having to repeat a few seconds of gameplay, there is absolutely no penalty for plummeting to your doom. You will never see the words "game over," and you won't need to save and reload before difficult sequences. Nor will you need to ever puzzle over how to make it from point A to point B: Elika can fire off a magical homing orb that will show you the precise way of getting to your destination. Combined with simple platforming controls that require a minimum of key or button presses, these facets make Prince of Persia one of the easiest games you'll play all year.

This ease of use makes each individual action seem relatively meaningless as you string moves together. For many, this will translate to a diminished feeling of reward; aside from a few exceptions, there is no sequence that feels remotely challenging, certainly not for players familiar with the old-school difficulties wrought by the early games in the series. Yet while the unique satisfaction of overcoming hurdles is missing, it is tempered by other kinds of rewards. The platforming is fluid, and seamlessly chaining a number of moves together is simple but visually appealing, making for some silky-smooth motion that you'll get a kick out of. To get the most out of it, however, you will want to use a controller. While the keyboard controls work surprisingly well for platforming, the numerous quicktime events aren't well suited to a keyboard, and the key prompts are more confusing when you aren't using a gamepad.

As you progress through the game and explore some of the more intricate environments, you'll find some truly impressive level design. Each area flows organically into the next, and while the overall design appears a bit more synthetic than it did in Assassin's Creed, platform placement and other architectural features don't seem overtly artificial. This becomes even more apparent when you begin to unlock Elika's various powers--though calling them powers is a bit of a stretch. As you unlock new explorable areas by collecting glowing orbs called light seeds, you will be able to utilize the various colored plates that dot walls and ceilings. There are four types of plates, and each kind initiates a high-flying feat. Red and blue plates are functionally the same (though visually unique), propelling you automatically toward the next plate or platform. Green plates turn you into a sort of Persian Spider-Man, causing you to quickly scale up walls and ceilings while avoiding obstacles. Finally, yellow plates initiate on-rails flight sequences that give you limited room to maneuver around obstructions, sort of like a 3D version of Nights Into Dreams, the Saturn platformer. Many of the sequences combining plate jumps and standard platforming are exhilarating, and the manner in which some of them utilize all three dimensions make the level design all the more impressive. And amazingly, the camera is rarely a liability, which is quite an achievement. Unfortunately, the flying initiated by leaping from yellow plates is a clear weakness. The constant camera movement and overwhelming visual effect used here make for a few annoying sections, and it is never clear whether you need to go left or right, up or down to avoid certain objects. Given that most of the plate-initiated bits are terrific fun, it's a shame these particular flights of fancy were so poorly crafted.

There is some combat, and while it's hardly Prince of Persia's focus, it looks mightily spectacular. You fight only a single enemy at a time, including the four main bosses, which you'll take on multiple times. Battles are on the simple side: you have four main attacks--sword, gauntlet, Elika's magic, and acrobatic vault--that you can string into various combos. Enemies can change states, making certain attacks ineffective, and there are some other occasional twists. Yet like the platforming, it is on the easy side; even if Elika is bound by corrupted tentacles or rendered unconscious, she's always there to pluck you from death's cold embrace should you miss an important quicktime event (of which there are many). But battles are still uniquely satisfying and look fantastic. The prince throws Elika into the air with ease, stringing throws, slices, and magic attacks together as the camera zooms in and out to showcase the slashes and backflips. The stringent enemy-focused camera and odd scuttling motions of the prince feel confining but work just fine in most of these battles, though they're a bit less successful during certain boss fights that require some environmental manipulation.

Combat's not the only thing that looks spectacular. Prince of Persia is beautiful to look at, thanks to vibrant cel-shading and some sumptuous environments. Tendrils of corruption reach toward you as you navigate the cold, colorless caverns of infertile regions. The contrast between these areas and the beautifully lit vistas and thriving vegetation of healed locales is palpable, and the transformation of a fertile ground from darkness to light may remind you of similarly impressive moments in Okami. There are a few rough spots here and there, in the way of glitched animations and tiny frame rate stutters, but they barely detract from the lovely visual design. While there are some minor differences, all three versions look great and well represent the capabilities of their respective platforms. And all three feature the same lovely ambient music, which sounds more Persian than the very American-sounding prince.

Most will be able to finish Prince of Persia in around a dozen hours, though if you want to collect every scattered light seed and avoid quick travel (you can teleport from one healed ground to another instantly), you could add a few more hours to the total. But while a few unlockable skins may not seem like enough reason to return, this game is so enjoyable and delightful that you may want to return to it as you would return to a favorite fantasy novel or film. While its lack of challenge may lull fans, its ease of use will delight newcomers and draw in anyone who appreciates a touch of magic. 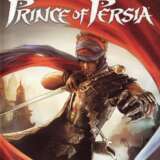