Sound bugs and loading times mar an otherwise great translation of Warrior Within to a portable platform.

It was only a matter of time before the prince made his way over to the PSP, and he does so in a mostly graceful fashion with the new Prince of Persia: Revelations. For those of you who have played a lot of Prince of Persia on home consoles or PC, Revelations is basically the same game as the second iteration of the series, Warrior Within, with a few extra levels tacked on to lengthen an already generously long single-player campaign. The game does lack the battle challenges from the original Warrior Within, but that's no great loss. Revelations is a very nice overall translation, but some serious sound quirks and other bugs keep it from being easily recommendable.

For those who haven't played a recent Prince of Persia game, you play as the titular prince, who possesses extraordinary acrobatic abilities. The prince can run up and along walls, jump great distances, climb up poles, walk a tightrope across narrow beams, and scale sheer rock faces using narrow crevices as handholds. He's basically a Cirque du Soleil performer and champion rock climber all in one, and you'll need every last bit of his athleticism to navigate the cleverly designed environmental puzzles. Much of the game is spent staring at the room you're in, trying to figure out how exactly you're going to get from the floor all the way up to a doorway high above you. Solving these environmental puzzles and simply figuring out how to get from point A to point B is great fun in Revelations, just as it was in the other recent Prince of Persia games.

The prince is also a champion swordfighter, and in Revelations you'll be fighting lots of sand creatures, as well as a few bosses. You can wield either a single sword, or you can pick up weapons from dead enemies or from weapon racks to dual-wield. The combination moves you can pull off depend on whether you choose to dual-wield or use a single weapon, but the fighting engine offers quite a variety of moves either way. You can vault off walls to attack, spin off of poles, climb up and over enemies to slash them from above and behind, throw enemies, and even throw your offhand weapon. There are also a variety of bloody, gory finishing moves that are satisfying to do and watch. You can grapple with, decapitate, or even cut in half weakened enemies once you learn the nuances of the fighting system. Spectacular moves are highlighted by the camera zooming in and going into slow motion. However, most people will find that the fighting isn't really the highlight of the game, as it often boils down to pulling off the same combos over and over again.

As you make your way through the campaign, you'll unlock a number of sand powers that let you do interesting things with time. One of these powers is recall, which gives you the ability to rewind time a few seconds. This comes in handy as you navigate the puzzles and traps throughout the levels. If you make a mistake and die or take a lot of damage, you can simply rewind and try again. Another sand power is basically like Max Payne's bullet time, which lets you move at full speed while the rest of the environment and enemies are in slow motion. This gives you a great advantage in combat. Other sand powers are area-effect spells that stun multiple enemies. The sand powers consume sand in your sand tanks, and you can replenish these by defeating enemies or by breaking boxes and other furniture in the environment.

We mentioned earlier that Revelations is pretty much the same game as Prince of Persia: Warrior Within. Indeed, you'll find that the game's campaign is largely the same, offering the same environments, puzzles, and enemies as Warrior Within. Therefore, if you've already played that game on console or PC, Revelations will be familiar to you and will play out very similarly. You still set sail for the Island of Time at the beginning of the game, embittered by years of the Dahaka time monster chasing after you. You eventually arrive at the island and begin your search for the Empress of Time so that you can change your fate. The main difference between Revelations and Warrior Within is that a few new levels have been thrown in, which lengthen the adventure by a couple of hours. Some of the new puzzles you face are pretty fiendish, so you'll need to pay close attention and bring your thinking cap.

The controls are also quite good and don't suffer much from the lack of a second analog stick. You'll still be able to manipulate the camera by holding down the left shoulder button and moving the analog stick around. Otherwise, Revelations plays very much like the other Prince of Persia games, easily letting you run, climb, jump, and fight across the vast environments.

While Revelations is an admirable port of a console game to a portable platform, the end result is not perfect. The graphics are very impressive for a portable game, and in the standard view the angles and zoom levels look excellent, with a lot of environmental detail and good detail in the character models. The lighting is a bit flatter, but great blood and dust particle effects from combat are still present, and the prince looks great as he does his acrobatic combat moves. The downside is that the frame rate does dip from time to time, so you'll see some animations drop or pop. Also, the texture detail looks pretty bad on cutscenes or at other times when the camera zooms up close to a character or to the environment. The slight drop in texture detail hurts the most with regard to environmental puzzle-solving--sometimes it can be difficult to tell if a line on a wall looks like a ledge that the prince can grab or stand on. Overall, though, Revelations still looks great for a PSP action adventure game, and if nothing else, it proves that a game of this type can be done well on the system.

Sound effects and load times were bigger problems in the game. The original had some notable sound issues, but on the PSP they seem even worse. The hard rock music and annoying voice actor for the prince were already marks against the game, but as you play, you'll find that music and speech stutter and cut out often as the disc spins up and down. The sound issues happen quite a bit, and it's enough to be pretty annoying. Initial load times for Revelations are also pretty bad, even for a PSP game. Booting it up takes more than a minute or so, and the first save game you load up takes nearly as long. You'll also find that there are approximately five-second loading screens as you move from one large area to another. These wouldn't be so bad except that they can happen at inopportune times, like when you're trying to navigate a series of traps. The good news is that it only takes a few seconds to reload the game if you die, so once you have the game up and running, things aren't so bad. However, you should also keep in mind that you are only allowed to save at specific save points (represented as water fountains), so those who need to stop their play sessions abruptly should be mindful of this.

If not for some serious sound bugs, and some annoyingly lengthy load times, Revelations would have been a truly excellent port of a great action adventure game. The added content is a nice consolation, but if you've already played Warrior Within, the new levels alone aren't necessarily worth the price of admission. For longtime Prince of Persia fans who can't get enough, or for those who are fiending for a good action game on the go, Revelations will probably still be enjoyable. 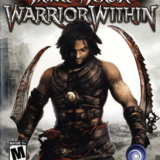