Predator: Hunting Grounds' lack of variety and shallow gameplay make it difficult to stick with beyond a handful of rounds.

Predator, the 1987 film, is defined by its cheesy dialogue, testosterone-filled cast, and tense cat-and-mouse action between its platoon of soldiers and a crafty alien hunter. Predator: Hunting Grounds seems to, at first, hit all of those notes. There are cringe-worthy one-liners that are initially worth a chuckle, a host of customization options to make your gun-toting hero as ridiculous as you like, and streamlined gameplay that lets you play both sides of the hunt with ease. The problem isn't with the initial impression Hunting Grounds makes, but rather how quickly it loses its appeal.

Predator: Hunting Grounds is an asymmetrical multiplayer game, pitting a team of four human soldiers against a single roaming Predator across three almost indistinguishable maps set in dense jungle environments. When you're playing as part of the human fireteam, you have a string of objectives to complete before a timer expires, shuffling you from one AI enemy-filled camp to another. When you're the Predator, your objective is even simpler: Hunt down the fireteam and take them all out before they're able to complete their mission and extract, while avoiding confrontation with AI enemies and using the chaos they create to your advantage.

Playing as the titular Predator is the most appealing part, and while its mechanics often allow for smooth, fun, and engaging moments, Hunting Grounds' framework doesn't adequately support them. The brutish assassin is as fast and nimble as you'd expect, with an easy-to-use parkour system letting you effortlessly navigate the twisting mazes that the canopy of trees create. A single button press sends you scampering up a tree, after which you can automatically move between branches and adjacent trees by moving in any direction. It lets you focus on hunting your prey instead of having to focus on intricate navigation, while also making you feel empowered through the sheer speed at which you're able to traverse the map. The press and release mechanic for the Predator's leap is less elegant, however, and tricky to use when you really need to get some distance between you and your enemies.

Because most of the Predator's abilities and weapons are governed by energy, you have to constantly manage your energy bar. Cloaking, for example, drains the resource as you move, while your shoulder-mounted Plasma Cannon will require a significant chunk of it with each shot. Energy replenishes quickly when not in use, but also leaves you entirely vulnerable at the same time. It's satisfying to juggle this resource while on the hunt, choosing opportune times to remain hidden and ensuring you're safe to move around uncloaked so that you can be ready for your next attack.

The sum of the Predator's parts work well together, but it's frustrating that the nuances aren't adequately explained in Hunting Grounds' brief and mostly useless tutorial. Beyond explaining what buttons to press for some of the Predator's basic functions, the tutorial doesn't prepare you for how you're meant to play against other human players. Instead it lets you run rampant on AI enemies that don't react convincingly to your movements or pose a credible enough threat to you to help you understand your limitations. Whole gameplay mechanics for both the Predator and human characters aren't tutorialized, and instead only found in separate text descriptions buried in the game's options menu. If you happen to miss those, you're left with having to learn crucial mechanics through online play alone, which is especially difficult as the Predator.

The problem isn't necessarily having to learn how to play the Predator effectively, but instead how few opportunities you have to do so. Hunting Grounds lets you search for a match with a team preference--either as part of the human fireteam or as the Predator. As you might expect, searching for the latter increases your wait time for a game exponentially. I personally waited close to 15 minutes for a game as the Predator on a few occasions, and I sometimes ended up in empty lobbies with no hopes of starting a match. It makes your initial games that much more frustrating. Not only did you have to wait a long while to even have the chance to play as the Predator, but it takes numerous attempts to finally get the hang of the character's flow. And by the time I started feeling comfortable with it all, I was just about ready to not play again.

Playing as a part of the human fireteam is far less exciting in comparison to the Predator. Here, gameplay follows a routine first-person shooter template, with a small pool of weapons to choose from and lightly customize with attachments. The gunplay overall is serviceable--it's not overtly bad but doesn't ever feel snappy and as accurate as you'd want it to be. It's not helped by the cannon-fodder AI enemies you're mostly shooting at in camps scattered across each map. These foes only pose a challenge in large numbers, and they never react intelligently to your squad's actions. At their worst they feel broken at times, taking a long time to react to you at all and routinely getting stuck running into walls or appearing out of nowhere in front of you.

Matches present you with a string of objectives you need to complete before being able to call in a helicopter and extract, with each having a thin and entirely inconsequential narrative tied to them. The brief story beats only serve to lightly contextualize your actions, but mechanically they all amount to the same thing. Most of the time you'll be moving to a camp to either interact with a marked objective, destroy some marked environmental objects, or protect an area for a limited time. The goal of these objectives is two-fold. It gives you a chance to always have something to do when playing as part of the fireteam, while also forcing you to create chaos that a good Predator player can exploit. The objectives themselves are repetitive and mundane, and your overall enjoyment of each match is largely dependent on the skill level of the Predator hunting you.

Without a player who understands how to utilize the Predator's weapons and attributes, many of Hunting Grounds' matches fall flat. It becomes far too easy to rush through missions and end a match with an extraction when playing against a Predator that’s unable to find you, and it's just as easy to turn the tables and actively hunt the alien player when they're not skilled enough to pose a credible threat. Matches where you're playing against someone who has clearly spent time understanding the intricacies of the Predator are rare, but they are an exhilarating treat when you happen upon them. I found that the majority of my favorite matches were played with a full group of five players, where we took turns being the Predator player. Playing alone online is much more inconsistent, especially given how shallow gameplay feels when you're not playing an even match.

It also doesn't help that Predator: Hunting Grounds lacks any real variety to each match. There's a single mode to play, and each match doesn't last much longer than 10 minutes at a time. Without changing objectives or the variety of alternative modes, the shallowness of Hunting Grounds' gameplay loop quickly becomes apparent. Levelling up grants you access to more weapons, perks, and equipment for both the Predator and human characters, but without any changes to the matches that you use them in they provide little more than momentary reprieve from the same routine. None of Predator's higher-tier weapons necessitate certain strategies from human players, and similarly the loadouts of the fireteam don't influence the strategies a successful Predator needs to employ to win, both of which make victories and losses feels equally inconsequential.

Predator: Hunting Grounds also suffers from poor performance and technical issues all around. Playing on a PS4 Pro, I routinely encountered momentary freezes every time the Predator attacked or when engaging large numbers of AI foes. Textures often take longer to load in, and the frame rate is inconsistent enough to make first-person gameplay stutter. Outside of gameplay, my loadout configurations often didn't save between sessions and my characters had been reset to their default appearances, both of which were annoying.

It's difficult to come to terms with Predator: Hunting Grounds being nothing more than a single game mode with shallow gameplay and abundant technical issues. It works when you're navigating the tree line as the Predator and hunting down a team of players, but these moments are fleeting. For the most part, you're going to be running through the same types of missions as one of four human players, with unskilled Predator players not providing the ample tension required to make the undertaking worthwhile. And even if you do find yourself playing enough to be matched against some of Hunting Grounds' best players, there's not enough depth to sustain it for much longer.

View Comments (34)
Back To Top
4
Poor
About GameSpot Reviews 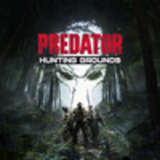 Alessandro got to the chopper numerous times during 10 hours with Predator: Hunting Grounds. He also discovered that Predators love to scream when they heal. Code was provided by the publisher.