While Powermove's gameplay elements are solid for the most part, the game lacks any real personality or lasting appeal.

Activision's billing of Powermove as a "pro wrestling" game is a tad misleading. Professional wrestling (as anyone who's regularly glued to the TV knows) at its best is a spectacle worthy of an Emmy nomination, complete with fake blood, breakable props, shameless actors, and dirty fighting. Powermove, however, is pro wrestling without all the bells, whistles, and eye-gouging that make wrestling one of America's most beloved guilty pleasures. Essentially, the final result is a fairly clean (ie, boring) wrestling game that features generic musclemen with names like El Tremblor, the Commandant, and Chaingang, who are all wrapped in a polygonal package similar to Sega's Virtua Fighter. While Powermove's gameplay elements are solid for the most part, the game lacks any real personality or lasting appeal.

Each of the 12 available combatants has roughly the same body build and fighting style (though each has specific moves). Contrast these characters to those found in Virtua Fighter - where the characters differ greatly, offering the player a great variety of technique and personality - and the blandness of Powermove is especially acute. Each battle in Powermove is a one-on-one contest in a squared circle, and occasionally on the apron outside the ring. Though the polygon heroes provide a convincing sense of body contact and pulverizing pain, players must do without elements commonly found on the WWF stage, like chairs to bash over each other's head, foreign objects hidden inside their Spandex skivvies, and wacky props/animals/coffins, etc. Powermove is skin-on-skin action, and though it's all very well done it gets boring rather quickly. It's as though Activision (never known for their expertise in the fighting genre) focused on making the gameplay solid and neglected the details that make a game stand out.

On the bright side, Powermove offers a realistic sense of hulking men who live to piledrive and suplex each other into next Tuesday. The 3-D polygon heroes don't come close to boasting Virtua Fighter's realistic detail, but are fluid and convincing nonetheless. Though the control is responsive, certain buttons seem to do little or nothing (a no-no in fighting games), and the sound definitely could have been more inventive. Ultimately, Powermove is a good unlicensed pro wrestling game that seems slightly incomplete. 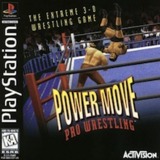 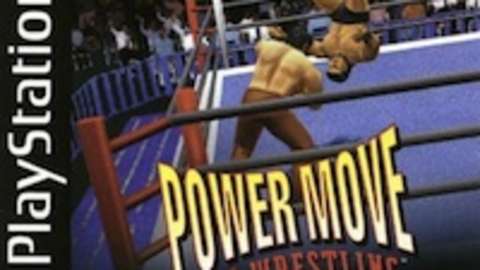 While Powermove's gameplay elements are solid for the most part, the game lacks any real personality or lasting appeal.