It's irreverent and gruesome to say the least, not to mention a little disturbing.

It's finally happened. The game that will make the entire Christian Coalition explode in an immense mushroom cloud of religious fervor is finally here. Mortal Kombat can't touch its hemoglobin content. The teenage hijinks of the much-denounced Night Trap are nothing compared to the all-out psychopathic killing spree of Postal. Even Carmageddon isn't quite in its league of violence.

After coming home from work to find his house repossessed, the player-character, affectionately known as Postal Dude, decides that everyone is out to get him and goes... well... postal. He figures that everyone in town has been infected with something that makes them all psychopathic killers. Paranoia can be fun. The game gets under way with Postal Dude standing outside his home, unable to get inside but armed to the teeth nevertheless. Go figure. Moving from one surreal landscape to the next, you must make use of the twelve weapons at your disposal in order to dispatch anything with a pulse. Men, women, children - it doesn't matter if they're shooting at you or not, fill 'em full of lead! The goal in each of the 16 levels is to off a given percentage of the "hostiles" (that is, cops, soldiers with missile launchers, rednecks with huntin' rifles, etc.) without getting killed yourself. Pretty simple, really. There are no magic power-ups, no special abilities - just you, your arsenal, and the occasional Kevlar vest or first-aid kit.

While uncomplicated in terms of action, Postal does have quite an involved plot. Unfortunately, about all you'll be able to decipher for certain is that you must kill everyone. The question of whether it's Postal Dude who's crazy or everyone else is even debatable right up until the mind-twisting finale. The rest of the back story will be explained, according to Ripcord Games, in an upcoming Guide to Going Postal. You do get tiny glimpses into the elaborate scenario through the entries from Postal Dude's diary, which are displayed between levels. Phrases like "The earth is hungry. Its heart throbs and demands cleansing. The earth is also thirsty." lead one to believe that something's not quite right in Postal Dude's noggin. As anyone can see, this is most certainly not a game for the kiddies.

Each time a round hits your intended target, a brilliant jet of crimson gore splashes to the ground. When you've fired enough lead and your prey finally slumps to the ground, he or she usually crawls around or claws across the ground groaning in agony, uttering pathetic phrases like "Kill me now!" and "I can't breathe! I can't see anything!" All the while, Postal Dude fires off action-hero one-liners like "Aw, did that hurt?" and "Going... going... gone!" It's irreverent and gruesome to say the least, not to mention a little disturbing. In one level, you are afforded the opportunity to waste an entire marching band.

While it would have been notable as a first-person shooter, the developers decided to give Postal a unique look. The characters are real-time 3D polygonal sprites rendered against hand-painted two-dimensional backgrounds. Integration between the two is very well executed, and the dingy watercolor scenery adds to the general air of psychosis. The view, which alternates between classic three-quarter isometric and a top-down perspective, is sometimes cluttered. When your character is out of sight, getting riddled with hot lead behind a tall building, the game's much-hyped X-ray halo effect isn't quite enough compensation. This is really the only weak spot in a satisfyingly over-the-top graphic display. Beware, owners of less-than-top-notch PCs, the explosions and flying bodies come fast and furious causing the frame rate, even on the fastest Pentiums, to suffer. This, of course, allows for some lovely Peckinpah-esque moments when the frame rate conveniently slows to a crawl just as a gas station explodes around you and the assault rifle bucks in your hand.

The soundtrack has enough diversity to keeps things interesting. While some of the victims' more repetitive cries of pain can get incredibly annoying, there's a wide variety of shouts, screams, and depraved punch lines. The musical score, which is reserved for menus and interludes, is a fusion of nails-on-the-chalkboard effects and tunes that Trent Reznor would scrap for being too disturbing. It fits perfectly, and during the actual gameplay the suspense is maximized by a constant buzzing drone - you know, the kind that psychos hear inside their heads.

Postal's straightforward, violence-is-everything approach, along with the fact that the keyboard controls are identical to the Quake/Doom lineage, makes for some pretty simple gameplay. Unfortunately, simple can sometimes mean boring and, alas, this is the case here. As in any shooter, the one-player gameplay gets tedious. As level after level of nonstop carnage goes flying by, one can't help but wish for real human opponents. In Doom, Quake, and many other multiplayer games, this has been easily remedied. Simply dial up your buddy or enter his IP address or log on to one of ten different gaming networks, and you're able to play a co-op game or Capture-The-Flag or simply deathmatch your way to oblivion. Not true with Postal. While it does work well in multiplayer mode, the choices are limited. There is no co-op play on the game's standard levels. You have to create your own levels with the included editor for that. Instead, it's one big free-for-all, which can be fun but requires very little strategy. To compound the insufficient multiplay, you can't communicate during play and you can't dial your opponent's modem directly. Sure, most Quake players do it over the Web, but there's still a sizeable percentage of head-to-head gamers who connect over the phone. This is a grievous oversight on the part of the developers and one that, due to overwhelming negative feedback, they intend to remedy with a patch.

The lack of longevity in the single-player mode and the simplistic multiplayer options make Postal a moderately fun ride, at best. Never before has the computer gamer been able to act out the darkest fantasies of a homicidal maniac with such abandon, but the impressive volume of carnage is the only thing setting Postal apart. 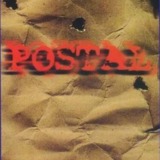 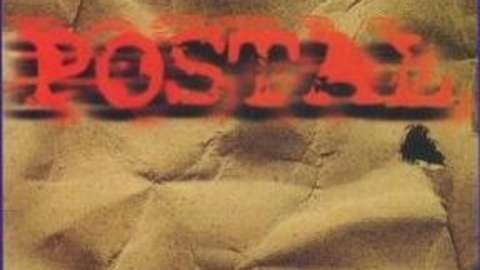 It's irreverent and gruesome to say the least, not to mention a little disturbing.