Post Mortem doesn't put enough emphasis on its own interesting features, and the rest of the time, it's just another formulaic adventure.

In the newly released graphical adventure game Post Mortem, you play as Gustave MacPherson, a former private eye. Gustave is an American expatriate living in Paris and trying to eke out a living as a painter. When contacted about a strange murder by a stereotypically mysterious dame named Sophia Blake, he cracks easily. Though you, as Gustave, are allowed to say "no" to the would-be client, eventually you'll have to take the case...unless you actually want to pace back and forth in Gustave's tiny studio for the remainder of the game. The fact that you have the option to turn down Ms. Blake's offer is interesting and shows one of Post Mortem's best features: Specifically, the choices you make while conducting your investigation actually affect the game, presenting new puzzles, new solutions, and new destinations based on what you do and when you do it. While the system doesn't work so well in this instance, in other situations it does, and in one particularly inspired section of the game, it actually, single-handedly, keeps Post Mortem from being just another rote adventure game. Unfortunately, the game doesn't generally put enough emphasis on its own interesting features, and the rest of the time, it's just another formulaic adventure.

The inspired sequence mentioned above involves a scene in which Gustave tracks down a primary suspect in the beheading of two American tourists. He and the suspect sit and talk, and the game suddenly places you in the role of the suspect. You control his actions on the day of the murder, and what you do affects what information is available to Gustave once the flashback ends. It's an interesting take on the normal investigative adventure game formula and is one that may lead you to believe the whole game will be a series of similar flashbacks. Unfortunately, this is the only time it happens, and the rest of the game is just a typical series of sealed doors with mysterious machines for locks.

Not that there are many sealed doors. For an adventure game, Post Mortem has a notable lack of traditional puzzles. There are only a handful, and most of them are fairly easy, with two exceptions. One puzzle, the game's best, involves deciphering an alchemical formula and then using it to create a mysterious compound. It's fairly difficult, if only because it requires several layers of deciphering to even understand what you need to do. But it makes sense in the context of the game, a rare thing in modern adventure games. On the other hand, Post Mortem also includes what may be the single most boring puzzle ever devised--one that requires you to slowly drag a lit candle over a painting over and over again until hidden images reveal themselves.

This lack of puzzles indicates another problem with Post Mortem: It's surprisingly short. The only things that keep it from being less than 10 hours long are the lengthy dialogue sections, which unfortunately can't be sped up or skipped. The dialogue is decent, but occasionally you're given access to information that you haven't learned yet. When you first meet with Sophia Blake, for instance, you can ask about her "sister's murder" before you even learn anything about the murder. This is a minor problem, though. The major problem is that the voice acting is plodding, as if everyone involved agreed that repeated and stilted pauses would make everyone sound more dramatic. Seriously--characters speak so slowly they make William Shatner sound like a hyperactive auctioneer at a county fair. Moreover, both the French and American characters speak with the same sort of fake, overenunciated English (and, strangely, everyone pronounces the word "heir" as "hair"). The voice acting is poor in general--including elderly women that sound exactly like young women trying to sound like elderly women and failing--but, sadly, that's almost an expectation in contemporary adventure games. Neither are the graphics noteworthy. The backgrounds are muddy and dull, and the characters move like marionette footage set on an endless loop. Though they look fine, after watching their standard animation--touch eyeglasses, wave hands, repeat--a dozen or so times, it becomes tiring.

The plot, too, offers nothing unexpected. Though it starts off like a typical tale of murder and betrayal like The Maltese Falcon, it eventually turns to the supernatural. It would be a spoiler to tell you the story unfolds to reveal a connection to the Knights Templar, if it weren't for the fact that every adventure game set in Europe since Circle of Blood has unfolded to reveal a connection to the Knights Templar. Post Mortem is self-conscious enough to make a joke about typical adventure game plots (at one point Gustave sarcastically asks someone about lost civilizations), but it apparently isn't self-conscious enough to avoid these cliché plots itself.

Hopefully Post Mortem's developers will take note of their game's particular strengths and incorporate them in another game that will elaborate on the innovative ideas that are presented here but not explored. Post Mortem is a decent adventure game, and fans of the genre who are easily pleased will find it simple and short, but entertaining while it lasts. But it's the occasional appearance of something different--the alternate solutions, the flashback through another's eyes--that makes most of Post Mortem seem dull and typical in comparison. 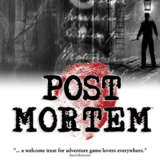 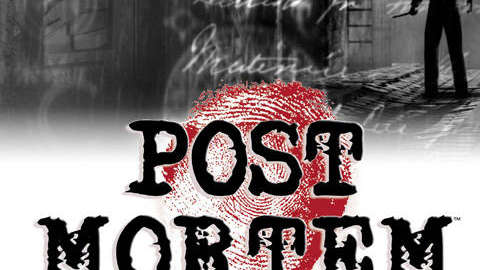 Post Mortem doesn't put enough emphasis on its own interesting features, and the rest of the time, it's just another formulaic adventure.