Few people are likely to get a thrill out of playing the original Pong anymore, and, unfortunately, the Pong of the new generation doesn't do much better.

In a world where no classic game is safe from being converted into a current-day remake, the game that started it all has finally had its number called. A whole new generation now has the opportunity to fall in love with the new Pong - the Pong of a new millennium - on the PlayStation console. But before you dust off your paddles and call all your friends over, you may want to ponder this - was Pong really all that fun, or was it just that there were no other video games?

The basic concept of Pong hasn't changed - keep the ball from entering the goal by deflecting it with the paddle. But the latest edition of Pong at least keeps things slightly interesting by introducing several new game elements, many of which have their own levels. Sometimes you'll have sheep and penguins on the board with you; other times, huge fans will blow your ball to and fro, and you'll have to bounce a colored ball into its place. The new version of Pong also introduces a power-up system. You can introduce computer controlled blockers, perform super-shots, and even grab the ball itself (your paddle hugs around it). But still, the game is pretty much the same as it was 26 years ago.

The graphics are simple and nice. There seems to be some weird theme running through the game that your paddle is alive, as it jumps around and acts generally pleased when you beat a level. Aside from that, the animation is fairly generic. The things that you run into while playing behave as they should - sheep hop about, penguins waddle, and frogs jump. There are some fairly creative level designs here, like the log-jammer level, which has logs that push the ball in certain directions, or the chicken-egg level, where a rack of chickens lay various colored eggs for you to sort. These are a nice touch and obviously more welcome than the simple black-and-white graphics of the original.

While the music in the game is fairly good, the sound effects are really bothersome. While each level is loading, your paddle will giggle and make all other sorts of weird noises, which you'll likely find as disturbing as I did. Maybe it's just the pitch at which the paddle "speaks," but after one or two levels, I cringed every time I heard it.

Unfortunately, the control really isn't up to par. The digital control is way too touchy, and the analog control seems to be too loose. There's nothing more frustrating than giving up a point simply because the control is so unresponsive. Also, the computer paddles are really good, especially in the games where there's a paddle directly in front of yours. This forces you to exploit weaknesses in the AI - such as bouncing a shot off the wall - and it makes you feel as if you're only winning because the computer is dumb. Another thing you'll notice is that the computer will line itself up directly in front of your paddle after a point is scored, but when it serves, it immediately shoots the ball out, without giving you a chance to maneuver in front of it. This will make you almost dread the four-paddle games, as they're fairly one-sided.

Looking for a revolutionary, new, exciting game? Perhaps you should look elsewhere, because when it all boils down, this game is still Pong. Sure, there are new levels, and the game has been changed quite a bit, but you're still moving a stupid paddle up and down a playing field and hitting a ball. Few people are likely to get a thrill out of playing the original Pong anymore, and, unfortunately, the Pong of the new generation doesn't do much better. 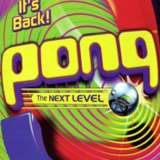 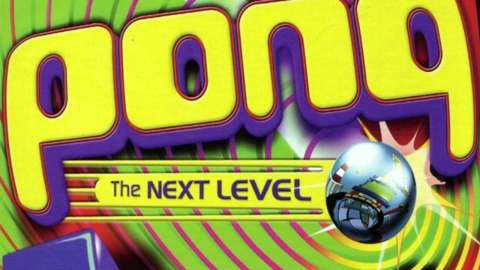 Pong: The Next Level

Few people are likely to get a thrill out of playing the original Pong anymore, and, unfortunately, the Pong of the new generation doesn't do much better.