At their heart, adventure games are about delivering a narrative. They're mechanically simple. At their most complex, they offer puzzles that give the player some agency in the world, and slow their progression so they don't just blast through the narrative content. This means that in order to be successful, adventure games need to precisely execute on the few attributes they offer. There isn't anywhere for developers to hide weakness or inexperience.

First-person adventure games have received a lot of attention over the last couple of years. Releases like Firewatch, Gone Home, Everybody’s Gone to the Rapture, and The Vanishing of Ethan Carter deliver strong, emotional narratives through high quality writing and environmental design, with artfully crafted atmosphere.

The recently released P.O.L.L.E.N (or Pollen for short) by Mindfield Games fails in this regard.

Pollen tells the story of a nameless protagonist sent to Saturn’s moon, Titan, to investigate a corporately-controlled research base studying something called "The Entity." The game opens with you sitting in a dark room at a retro-futuristic computer terminal. A robotic voice asks you to answer a series of personality test questions, each answer causing another row of pips to be added to a punch card produced by the computer. The scene quickly establishes the corporation, Rama Industries, as large and powerful enough to ask entirely unreasonable things of its employees, dressing the requests as boons or favors handed down to the "lucky" employee.

The introduction then moves to the interior of a lander craft on approach to Titan. Over the intercom comes the voice of a Rama Industries representative from HQ, reciting a well-rehearsed schpiel detailing the mission. Their tone artificially jovial, at odds with the perilous activity of hurtling toward the ground. After a successful landing, you head to a nearby comms array in order to make contact with the ground team, who seem surprised by the arrival. As they begin to explain why, the Rama rep's voice returns, drowning out the details with extraneous mission parameters. Immediately you're taught that something is amiss on Titan, and this ominous obfuscation of the details cleverly makes you aware that Rama would prefer for you to remain in the dark.

Pollen’s atmospheric introduction sets the tone for the rest of the game beautifully, but what follows fails to live up to its example. From there you’re asked to explore the research base, to investigate and uncover what’s really going on. All exposition is delivered via audio logs, cassette tapes found throughout the environment. Audio logs are a tired expository method, made even more frustrating in this instance by forcing the player to stand still next to immovable cassette players in order to listen to them.

You don’t encounter any other humans during Pollen--all exposition is delivered via disembodied voices. This is a limitation that other games have used to great effect. But in Pollen, it feels counterproductive. You quickly discover that The Entity is causing people at the research base to go insane, and to kill themselves and/or one-another. You only ever discover remnants of these encounters, meaning that your level of patience and attention to detail will determine whether or not you fully comprehend what had happened. Without ever witnessing the effects of The Entity first-hand, the impact of Pollen’s premise is greatly diminished.

Pollen’s primary interactive mechanic is an unexplained phenomenon which allows you to travel between two alternate versions of the research base. You can leap forward into the future, to sometime after the Entity’s effects have reduced the crew to a single mourning scientist. This allows you to transition between timelines in order to solve traversal puzzles, such as bypassing otherwise locked doors by moving into the dilapidated future, or returning to the past to bypass debris. This mechanic is a neat departure from simply traversing a static environment. It's still clearly a linear experience, but changing timelines provides the illusion of a more complex path. An explanation of the how and why of the ability however, is strangely absent.

As the game’s two to three hours wind on, three separate methods for destroying The Entity are teased in audio logs. The tools for enacting these methods are also provided, but it seems none of them were viable. No matter what was tried, The Entity remained unperturbed. Perhaps this was intended as a statement about the inevitability of the events that transpired, or about the unknowable nature of The Entity. Unfortunately, it merely resulted in frustration. The teased solutions are presented like foreshadowing, but were little more than flavour.

Pollen’s visual design is beautiful and the atmosphere it creates is strong, but the game falls short when the narrative and storytelling method fail to give it substance. The game ends with a bizarre 10-minute cutscene, which explains little. Short games are wonderful when they leave the player something to ruminate on, but they need to leave the player with something to ruminate on. They can sometimes take on a poetic quality, not in prose but rather in function, a musing on the nature of some aspect of human experience. Pollen seems to want to do this, but is too vague in its delivery to be successful. 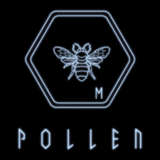 Jason Imms loves a good "walking simulator". Also a good adventure game. He just generally prefers them to have something to say. GameSpot was provided with a complimentary copy of the game for purpose of this review. 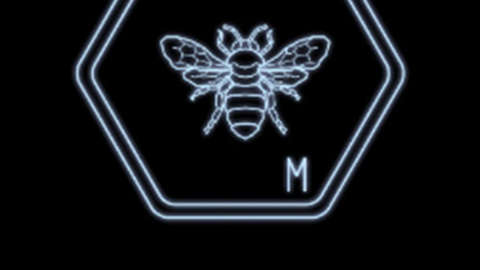 Pollen is a first-person exploration adventure game, that will be available for PC and optimized for upcoming virtual reality headsets including HTC Vive and Oculus Rift.