A great game for a time, Pokemon Trading Card is a faithful and amusing adaptation of the collectible card game, but it suffers as a single-player video game.

A great deal of Pokemon's popularity came from Wizards of the Coast's collectible card game, so it's really no surprise that Nintendo would adapt the game to the Game Boy. Pokemon Trading Card has many of the qualities of the original games, and it proves addictive and fun, if somewhat less satisfying than the original Game Boy excursions.

If you've played the Game Boy Pokemon games, this is all going to sound a mite familiar - your character hopes to claim the legendary cards from the eight card-club masters and become a Pokemon card master. While you won't find cards lurking in bushes waiting to strike, you will visit the eight card clubs and challenge a variety of card players in hopes of engaging their leader. In defeating a club leader, you'll, of course, be awarded with a badge.

For those familiar with the more tangible incarnation of the card game, Pokemon Trading Card will be familiar territory. Fortunately, for those of us who aren't, Pokemon Trading Card provides a detailed tutorial explaining the game's core concepts and a choice of one of three starter decks. As with the real card game, you set up your bench Pokemon, attach energy cards of various colors to attacking Pokemon, evolve Pokemon, and so on. While hard-core card players will likely want to meticulously create their own decks, the game provides a mechanism for quickly creating decks with emphasis on different types - provided the player has all of the necessary cards of course. Each badge has the deck of its club leader encoded within, letting you quickly prepare for upcoming battles at the different clubs. This is a good thing, as determining a good balance of Pokemon and energy cards is very feel-oriented, and it will take a little while for neophytes to get a handle on it.

Pokemon Trading Card is the kind of addictive, collect-'em-all fun you'd expect from Pokemon, but there's something less satisfying about filling an album with the 226 Pokemon cards in this game than growing and raising 151 monsters. While getting all the cards is no small feat, success comes from repeatedly challenging the same card players and revisiting all the same clubs. Even bearing potential link-cable play in mind, this is still a bit of a chore. Unlike in the regular Pokemon game, however, link battles are generally more balanced, thanks to each card's fixed stats.

Adapting the collectible card game has translated to the Game Boy's limited color palette with mixed results. While the overhead "adventure" component is colorful and attractive, the cards themselves are muddy and grainy in appearance - hardly a replacement for the real thing. Nintendo really should've spent more time touching up the cards' appearances. Music is traditionally happy Pokemon fare, although the tunes are a little more complex and a little less catchy than those found in its predecessors.

A great game for a time, Pokemon Trading Card is a faithful and amusing adaptation of the collectible card game, but it suffers as a single-player video game. Collecting all 226 pieces of paper just doesn't satisfy like "catching 'em all" can and does. 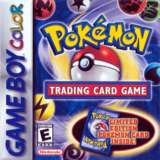 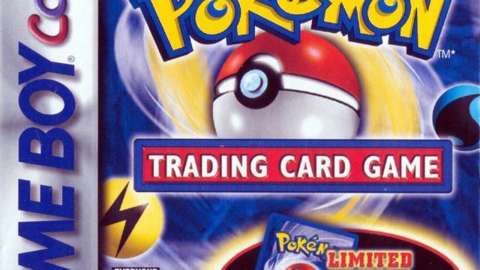 A great game for a time, Pokemon Trading Card is a faithful and amusing adaptation of the collectible card game, but it suffers as a single-player video game.