It isn't difficult to explain why Nintendo's Pokémon franchise has remained so incredibly popular since the first Pokémon games were released for the Game Boy Color in late 1997. At the epicenter of the franchise are hundreds of different types of cute, cuddly, and memorable critters mostly based on real-world animals--and in the world of Pokémon, they're routinely made to beat the stuffing out of each other. That's a formula for success if ever there were one: combining the world's love of things that are cute and the world's love of When Animals Attack. Anything as popular as Pokémon opens itself up to criticism from those with only a superficial knowledge of the material--it's tempting to think that any Pokémon product is just for little kids. Yet in fact, the original Pokémon games for the Game Boy Color were solid role-playing games on their own merits, but with lighthearted themes and some unique twists. The new Pokémon games for the Game Boy Advance, dubbed Ruby and Sapphire, are pretty similar and likewise can be recommended to anybody. They're good looking, they're fun to play, and they offer a lot of lasting value and variety, though they're a bit too easy.

As with the original Pokémons Red and Blue, the new Pokémons Ruby and Sapphire are for the most part identical. The box covers are different, the title screens are different, each version has a handful of unique Pokémon that aren't available in the other version, and a few of the story details differ depending on the version. One version isn't better than the other, and since the two are basically the same, only the true Pokémon fanatic should even consider getting both--the idea is to convince a buddy of yours to get the opposite version, so you can trade Pokémon, battle with each other, and ultimately catch every last one of the critters, which you can't do with just one version of the game.

So the good news is you can't go wrong with either version. They play out according to the classical console role-playing game formula. You choose to play as either a boy or a girl, name your character, and then set out on a lengthy adventure as you attempt to become the greatest Pokémon trainer in the world. Along the way, you'll visit a number of different towns, compete against their top Pokémon trainers, talk to a bunch of different people (many of whom give you stuff), fight wild Pokémon on land, on the sea, and underground, race around on a bicycle, surf on a Pokémon's back, and more. The structure, size, and plot of Ruby and Sapphire are a lot like those of previous Pokémon RPGs.

Like in any RPG, much of your time playing Pokémon Ruby and Sapphire will be spent in combat. Your character never fights--your Pokémon do the dirty work for you. You can have up to six Pokémon with you at any time, though you can catch and store hundreds. A Pokémon has up to four different moves, and it will take turns dishing out damage with its opponent. Pokémon moves include melee attacks, elemental strikes, psychic powers, and much more, as well as various defensive abilities. Though the Pokémon themselves appear static in battle, you'll see the effects of their moves onscreen, adding somewhat of a more dynamic feel to the action. There's an interesting rock-paper-scissors-style system that determines how powerful certain Pokémon are against others. For example, fiery Pokémon can really put the hurt on ice Pokémon, and water Pokémon can douse fire Pokémon without trouble. Forming a well-balanced Pokémon fighting force is a big part of the fun of the game, and so is catching all the different types you'll encounter. You can capture wild Pokémon by trapping them in Pokéballs, but the trick is to weaken them first so they can't break free. There are approximately 200 different Pokémon in all, half of which are entirely new, and the new ones like Torchic, Mudkip, and Pelipper fit in well with the tried-and-true classics like Pikachu, Psyduck, and Koffing.

Though Pokémon Ruby and Sapphire are mostly similar to old Pokémon games, they do have some new features. For instance, though the majority of Pokémon battles are one-on-one affairs, there's the occasional opportunity to engage in tag-team bouts, with four different Pokémon duking it out simultaneously. These are quite fun and allow for some interesting strategies, and unfortunately they aren't nearly common enough. If you want to take a break from all the Pokémon thrashing, you can now put your prized critters through a series of best-in-show events, where they'll appeal to the crowd using their various moves. This is a pretty good new feature, and while there isn't much point to it, since it isn't part of the story and it doesn't yield much of a reward, it's still something to pass the time. Also, to better prepare your Pokémon for their pageants, you can feed them special treats made from mixing berries together in a blender. Blending these Pokéblocks involves a rhythm-based minigame that's playable with up to four human players, though you'll meet non-player characters willing to work the blender with you, too. What's more, you can build and furnish your very own secret fort. And gamble in a fully loaded casino. Pokémon Ruby and Sapphire are rather open-ended, and they include a lot of hidden and optional stuff for those who like to get the most out of their games.

One thing Pokémon Ruby and Sapphire don't offer is much of a challenge. It's fine that these games are primarily designed for younger audiences--the cute graphics and the dialogue laced with scientific factoids are well suited for kids. But just because they're young doesn't mean kids flat-out suck at games, and yet Pokémon Ruby and Sapphire are pretty much a cakewalk from start to finish. The intricate rock-paper-scissors combat system gets undermined early on as your very first Pokémon keeps gaining experience levels, becoming much stronger than any of its foes. You'll be able to crush most rival Pokémon literally with a single blow. And even though you'll keep catching new types of Pokémon, you won't necessarily feel compelled to actually use them in battle, since your main Pokémon will be so much more powerful. It's really too bad that the relative experience levels of the battling Pokémon is ultimately the biggest factor in a battle's outcome, and that it's so easy to muscle your way through either Pokémon Ruby or Sapphire. Nevertheless, since the games do have a lot of extras and are filled with new places to explore, they're still quite enjoyable.

Pokémon Ruby and Sapphire look great, and that's a big part of the appeal. The hundreds of different Pokémon are colorful and imaginative, and they often have funny, memorable, and even descriptive names. A brief profile is available for each Pokémon in the game, and they're all represented both by the full-size versions you'll see in battle and smaller, animated versions you'll see in your Pokémon collection. The rest of the game's graphics look just like those of a 16-bit role-playing game, and are clear and effective. Pokémon Ruby and Sapphire have upbeat, fairly catchy soundtracks that are well suited to the theme of the games, and many of their other audio elements, such as the sound effects used during battle, also fit. Each Pokémon also makes a unique sound, though these are tinny and nondescript, for the most part.

Pokémon Ruby and Sapphire may be too easy, but they're still great games that can last you a good long time. There's definitely enough value in the single-player portion of the game alone, and if you really do want a challenge, you can always pit your overpowered Pokémon squad against a friend's using a link cable. Pokémon Ruby and Sapphire aren't a big departure from their predecessors, but they definitely look better and have lots of new Pokémon to catch, so Pokémon fans will be in for exactly what they want. Meanwhile, any GBA owner who's never played a Pokémon game before now has the perfect opportunity to see what this unusual and likeable series is all about.

View Comments (5)
Back To Top
8.1
Great
About GameSpot Reviews 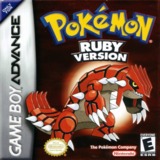 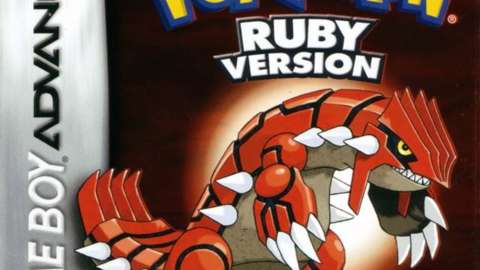